The American filmmaker Steven Spielberg It will produce multiple movies for Netflix annually, the company announced Monday, in a deal that shows how Hollywood has turned squarely on streaming platforms.

The alliance with Spielberg is a big step for Netflix, at a time when competition with rivals like Disney + and HBO Max is increasingly tough.

The deal was announced after reports that Spielberg was very skeptical of movies on the web and even tried to prevent Netflix films from competing at the Oscars, which Spielberg himself denied. 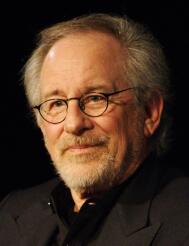 In a joint statement on the deal with Netflix, the director of ‘Jaws’ and ‘Schindler’s List’ described “this new avenue for our films” as an “incredible opportunity to tell new stories together and reach audiences in another way.” .

Spielberg also praised his close relationship with Netflix’s co-CEO. Ted Sarandos; a man once outside the industry who became one of Hollywood’s leading and most powerful entrepreneurs.

“We are honored and excited to be a part of this chapter in Steven’s film history,” said Sarandos.

Amblin PartnersSpielberg’s company will continue to produce for Universal as its next version of “West Side Story” will be released by Disney-owned 20th Century.

Monday’s announcement did not say whether Spielberg, who has produced more films in recent years than he directed., will direct some of the Netflix movies.

The agreement comes as the industry changes the model based on feature films for theaters to one in which productions are released on online platforms simultaneously at the same time and even earlier than on the big screen. Other times the films do not even go through theaters.

The change was also accelerated by the covid-19 pandemic. Another Spielberg production, ‘The Chicago 7 Trial’, was due to be released by Paramount last year in theaters but ended up on Netflix when thousands of theaters were closed.

The deal also doesn’t specify whether Spielberg’s movies for Netflix will premiere on the big screen first.