Disney has thrown the studio out the window to convince investors that they are the great digital content platform of the future. Yesterday was their big day because, in addition to discovering that they had amassed 87 million subscribers in 13 months, they revealed a storm of projects that include ten new series in the Star Wars franchise, a dozen Marvel movies, a Pixar series and new ones. live action movies that jump from animation, including “The Little Mermaid”, which will feature Javier Bardem, and “Pinocchio”, with Tom Hanks in the role of Gepetto.

Wall Street wakes up full of adrenaline after this binge of content organized by Disney that exceeds all the expectations of investors. Building streaming services is monstrously expensive, and Disney now has five to fill: Disney + (87 million subscribers), Hulu (39 million subscribers), ESPN + (11.5 million), Star and Star +, the latter two. which will be launched next year for the international market, where you can see the FX series and most of the titles from the historic Disney and 20th Century bookstores, since in 2020 the studio dedicated itself to recovering licenses for its content what they can no longer be seen on external companies such as Netflix.

An important part of the Disney presentation was dedicated to Star, the platform for adults, which will feature original programming from ABC, FX, Freeform, Searchlight and 20th Century Studios, in addition to sporting events through its ESPN channel. Disney knows it faces an increasingly competitive digital landscape with HBO Max, CBS All Access (soon to be renamed Paramount +), Peacock, Apple TV + and the recently announced Discovery + determined to win over audiences. In another league, for the moment, Netflix and Amazon play, which continue to invest billions of dollars in original programming.

Lucasfilm President Kathleen Kennedy announced that Ewan McGregor returns as Obi-Wan Kenobi and that Haiden Christensen will once again play Darth Vader. Kenobi, set ten years after the end of Episode III – Revenge of the Sith, will be directed by Deborah Chow. “We will see an epic battle again,” Kennedy said before unveiling an anime creators anthology dedicated to Star Wars, two spin-offs of “The Mandalorian” and a new theatrical release, “Rogue Squadron,” to be released. Directed by Patty Jenkins (“Wonder Woman”) in the first film directed by a woman in the franchise’s 43-year history. Among the small preview teasers were images of “Andor”, the new series directed by Tony Gillroy and starring Diego Luna dedicated to Cassian Andor, the character that the actor played in “Rogue One.” 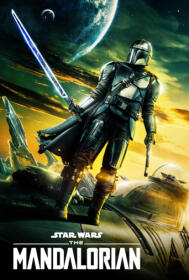 There will also be good news for fans of “The Mandalorian,” the first live-action series set in the Star Wars universe, as Disney + announced its renewal for a third season that will premiere on December 25, 2021. The president of Lucasfilm also assured that its producers, Jon Favreau and Dave Filoni, are already working on two new series: “The Rangers of the New Republic” and “Ahsoka”. There will also be another spin-off of “Star Wars: The Clone Wars”, “The Bad Batch”, about the characters introduced during the last season of the series, as well as “Star Wars Visions”, consisting of ten anime shorts. Other Star Wars series will include “Lando” by filmmaker Justin Simien and “The Acolyte” by Leslye Headland. Kennedy pointed out that Taika Waititi is already preparing a film set in the galactic universe.

Finally, Marvel will premiere five series in 2021: “WandaVision” in January, “The Falcon & The Winter Soldier” in March, “Loki” in May, “What if …?” in summer and «Ms. Marvel ‘in the fall. Other titles that were announced were a new installment of “Ice Age”, an animated version of “Night at the museum” and the sequels “Enchanted” and “Pinocchio.”

Among the new television programming comes «Nine Perfect Strangers», a mystery series signed by David E. Kelley and starring Regina Hall, Nicole Kidman and Melissa McCarthy. From FX, a series dedicated to the Rolling Stones and several spin-off films of the «Alien» franchise will land. Another of the highlights of the presentation was the announcement from National Geographic of the fourth season of “Genius”, dedicated to Martin Luther King, and two series directed by Darren Aronowsky, “Limitless”, where Chris Hemsworth stars in a reality show on how to wear his body to the extreme, and “Welcome to Earth”, in which Will Smith explores the most remote places on Earth.

Sean Bailey, Disney’s president of production, also warned of the studio’s evolution in the distribution of its films. «We will continue to premiere in theaters for an exclusive period of time, but some titles will follow the path of Mulan and others will be first in theaters.

They were expected to go to Netflix, however, the most powerful clan on television has signed an exclusive contract with Disney. The Kardashian-Jenner family has sealed a multi-year global contract with the Mickey Mouse studio and, although they announced the end of their “The Kardashian” show in September, the truth is that they are not leaving television. His new projects will show the lives of Kris Jenner, Kim Kardashian West, Kourtney and Khloe Kardashian, and Kendall and Kylie Jenner separately and will be broadcast on Hulu in the United States and on the Star platform in the rest of the world. The first episodes will arrive at the end of 2021. The president of Walt Disney TV, Dana Walden, pointed out that Hulu subscribers tend to be large consumers of reality shows and the agreement with the Kardashians will give them the opportunity to develop several reality shows with the princesses of the gender.