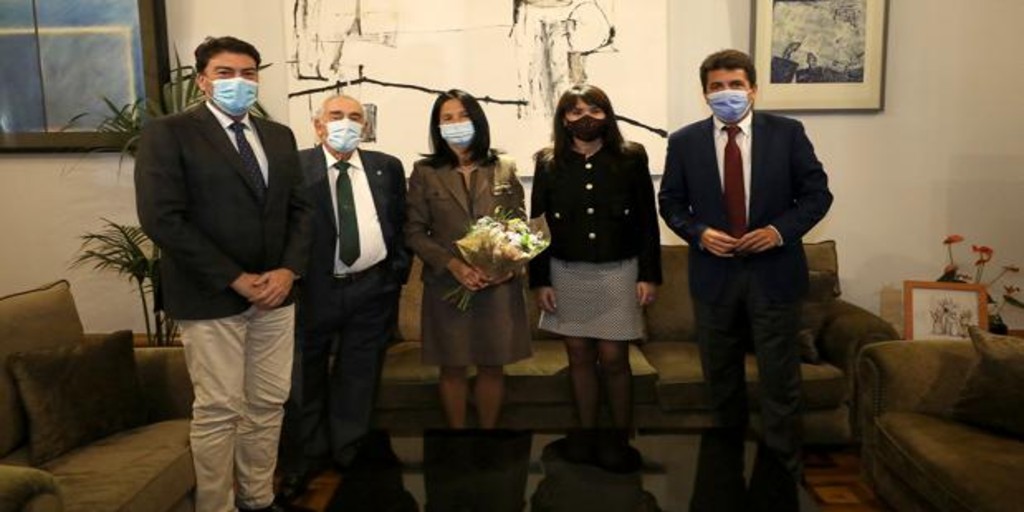 The president of the Alicante Provincial Council, Carlos Mazon, has chaired this Monday in the Plenary Hall of the institution the act of recognition of the poet and professor Alfredo Gómez Gil, on the occasion of the granting of the Commendation with Plaque of the Order of Alfonso X El Sabio. As Mazón has emphasized, “the province is deeply proud to have among its illustrious names a person who has served as ambassador for his land everywhere”, while acknowledging “his immeasurable universal academic and artistic contribution.”

“You are from Alicante by birth, but a citizen of the world,” pointed out the president, who specified that Gómez Gil “has always been an ideological advantage, a precursor of actions, a romantic of learning, a naturally curious person, eager to express what life has offered him and what he has extracted from it ».

For her part, the first vice president and deputy for Culture, Julia Parra, in charge of conducting the event, has stated that the Order of Alfonso X El Sabio recognizes those people and entities, Spanish or foreign, who have distinguished themselves by merits contracted in the fields of the education, science, culture, teaching or research, as in the case of Alfredo Gómez, whose extensive professional curriculum, developed in countries such as United States, China or Spain.

Mazón, in charge of closing the institutional act, has pointed out in his speech that Gómez Gil, who defines himself as a poet before any other of his multiple occupations, “has always been a loose verse in the universal academic and literary world and has opened horizons educational, intellectual and vital, as a result of which he has engendered working relationships and friendship with characters such as Jorge Guillén, Vicente Aleixandre, Severo Ochoa, Pablo Neruda, Arthur Miller or Picasso, among many others ».

The institutional head has branded the recognized as a «Man ahead of his time, committed to the human being, a forerunner in the defense of student dignity and the quality of university education, in valuing the role of women in the literary field and their approach to academia, as well as a visionary when it comes to address the intellectual flight of Spaniards to America ».

The event also had the presence and parliament of the mayor of Alicante, Luis Barcala, as well as the second vice president, Ana Serna, the provincial deputies Javier Sendra and Juan de Dios Navarro, representatives of the university, cultural and literary field of the province and family and friends of Gómez Gil. After the act, the honoree, accompanied by Mazón y Parra and the rest of the authorities, signed the honor book of the Alicante Provincial Council.

Finally, Mazón has insisted that Alfredo Gómez Gil «is a man of the world who, nevertheless, has managed to put down roots in many of the places where he has landed, thanks to his tremendous humanity and his willingness to interact and get closer to people , environments and thoughts of various kinds ».