The attack begins with Oblak 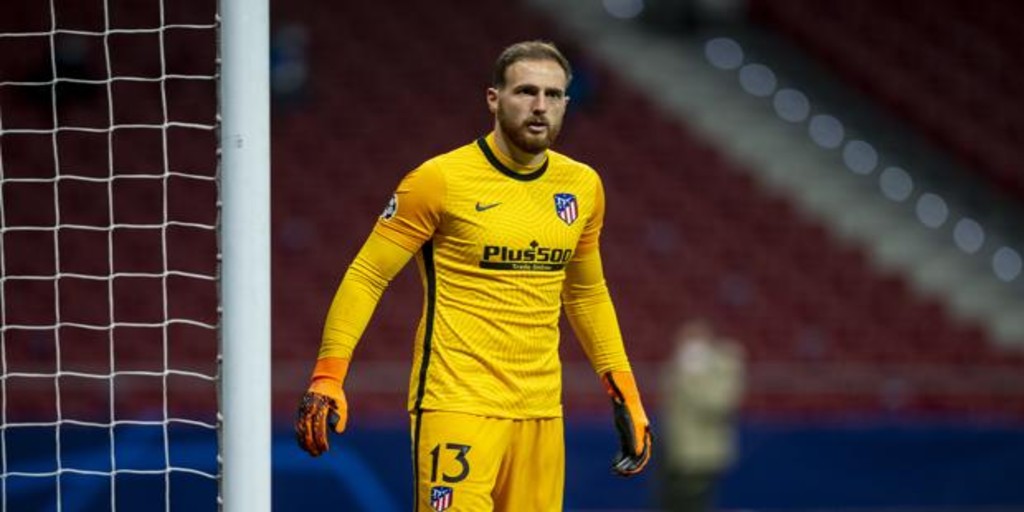 A few derbies have been presented by Atlético in recent seasons ahead of Real Madrid in the standings, a circumstance that occurs today at the Metropolitano in a match in which Simeone’s men have the opportunity to give an almost definitive blow to leave their eternal rival ‘out’ of the championship fight. With a five-point advantage and a game less than Zidane’s, the leader tries to put land in the middle with a victory that the Argentine, like the French coach, knows that passes by keeping a clean sheet waiting, or perhaps searching, for the scoring paw. Jan Oblak and Thibaut Courtois, two world-class goalkeepers decisive to sustain their teams, are more relevant than ever in a capital derby for the future of the championship.

Simeone offered his press conference wearing the suit of prudence. «Tomorrow (for today) there are two teams that are fighting at the top of the table. Evidently, it’s a direct duel, but it’s three points. There will still be a lot of the League ahead, “said the Argentine about the importance of points. Scoring today is important; not receiving is vital.

It does not change. Despite the little step forward that he has taken with the incorporation of Luis Suárez to the squad, Simeone keeps the old book open and remains faithful to the chapter that motivates the usual discourse that a victory begins by keeping his own door at zero. The old saying is more alive than ever in the rojiblanca house: the best attack goes through defense. And for that Cholo counts on Oblak, the goal less thrashed in the championship despite the fact that before the visit to Villarreal he received so many seven days in a row. An anomaly in the red-and-white trajectory of the Slovenian, key to the vault of the defensive gear of an Atlético in which Joao Félix points to the bench. Suárez and Correa, except for surprise, will be the ones that threaten Madrid at the beginning. «The competition is very good, very healthy and very beautiful and the two will play; one will start and another will have to wait, “he explained about the ownership of Joao and Correa at this afternoon’s meeting.

Courtois’ numbers prevented the 28-year-old Oblak from making history last season by adding his fifth Zamora trophy in the league. First of all, a team man, his challenge is first collective in the race for the title, but the statistics that sign this course encourages the Slovenian to think about the player who escaped him a few months ago. Has managed to keep its clean sheet in twelve dates and the average of goals conceded is 0.67 per game. Ramallets and Victor Valdes they are the only ones to sport five least beaten goalkeeping trophies in a season. Oblak follows in the wake and today has the mission of stopping a Real Madrid that, due to the circumstances, arrives at the Metropolitan with a ‘cholista’ mentality. Decimated by the offensive losses, although today he raises his spirits with Benzema, Zidane has also learned to have to live sheltered in the reflexes of Courtois, who accumulates three Zamora trophies, waiting for a victorious auction. It is the Cholo book in white version.

Stop by stop, miracle by miracle, Oblak has made cheap the 16 million euros that Atlético paid for him in the summer of 2014. With a contract until 2023, the goal will see Trippier again today on the defensive wall, a fixed in the Argentinian’s lineups until he arrived FIFA’s sanction which ended on February 28. The return of the Englishman allows his coach to have the possibility of recovering the 4-4-2 with which the season began, although the Argentine still changed course with the Englishman in the team to draw a defense with three centrals and two long lanes . It is the option that Atlético’s scheme aims at today.