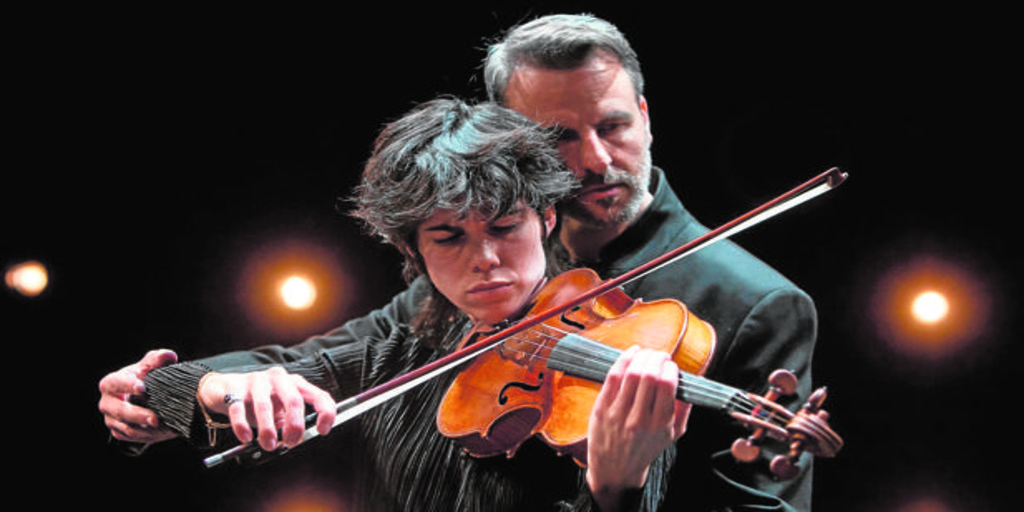 On June 17, 2020, the Canal Theaters they became the first Madrid stage to raise the curtain after confinement. A year and a week later, its director, Blanca Li, has taken the stage of the Green Room to reveal the programming for the 2021-22 season, which Marta Rivera de la Cruz (in the first act of her second stage at the head of the Ministry of Culture of the Community of Madrid) has baptized as “that of recovery and consolidation.”

From September 1, the date on which the season’s curtain rises with the absolute premiere of ‘The Relief or Cruelty of the Dead’, by Rubén Ochandiano, until July 31, when José Padilla will close the course with ‘Never fall alive (Run)’, the Teatros del Canal will present 88 shows with which there is, according to Blanca Li, a «change of direction in the supply», and which have only one north: “Rigor, excellence and quality”.

The shows that open and close the course are included in the section on Channel Creation, productions or co-productions in which the theater participates. There are a total of 34, both theater and dance, and the veteran Danni Pannullo stands out with ‘Expulsion’, an urban dance show; a co-production with the Pina Bausch Foundation, the École des Sables and Sadler’s Wells: ‘The Rite of Spring / common ground[s]’, a version of Pina Bausch’s choreography on Stravinski’s score performed by African dancers; the Madrid-based choreographer Carmen Werner, one of the pioneers of contemporary Spanish dance, with ‘All good happens in silence’; Nazareth Panadero ‘with’ Live and Let Live (work in progress) ‘; the premiere of Ricardo Llorca’s opera ‘The empty hours’; ‘Beginners’, based on the stories by Raymond Carver, with text by Juan Cavestany and direction by Andrés Lima; Angélica Liddell, with her new creation: ‘A rib on the table: Father. Presentation of Sacher-Masoch. The cold and the cruel (or the problem of similarity) ‘; ‘Aristophanes’, by Joglars; ‘The kidnappers of Lake Chiemsee’, by Alberto Iglesias, directed by Mario Gas; ‘Villa y Marte’, by Ron La Lá; ‘Ladies Football Club’, by Stefano Massini (the author of ‘Lehman Brothers’), directed by Sergio Peris-Mencheta; Akram Khan Company, with ‘Jungle Book Reimagined’; María Pagés, with ‘De Scheherezade’; and the premiere of the zarzuela ‘El pride de quererte’, by Javier Carmena and Felipe Nieto.

Of the rest of the proposals destaca ‘Just call me God’ a musical particular that will present (it was anticipated for the past season) John Malkovich; ‘Signs’, a work in which Antonio Ruz joins the violist Isabel Villanueva; ‘The drop of blood‘, by Emilia Pardo Bazán, adapted by Ignacio García May and conducted by Juan Carlos Pérez de la Fuente: and the concerts by the countertenor Philippe Jaroussky, the Basque singer María Berasarte and the pianist and composer Max Richter.

Blanca Li also highlighted the continuity of parallel activities, such as The Fourth Chamber (opened on the web during confinement), Canal performance, Las Noches del Canal, El Canal literary café, exhibitions, El Canal and its artists and Off Canal, as well as the fruitful activity of the Canal Choreographic Center.