The Catalan Government will increase its spending by 17.3% in 2022 and will reach more than 276,000 public employees 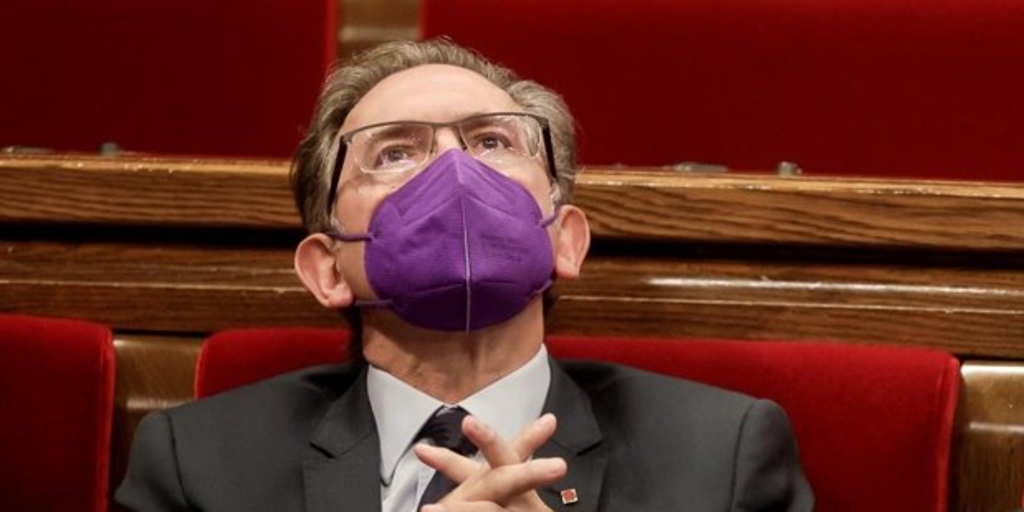 First procedure for the approval of the accounts of the Generalitat of Catalonia for the year 2022. The Government has launched, this Tuesday, the activation of the regional accounts by presenting the legislative project to the parliamentary president, Laura Borràs. ERC and Junts (which do not have an absolute majority) do not currently have enough votes to approve the accounts, as the CUP does not ensure their approval. Nevertheless, the PSC has offered to renew budgets which are extended from 2020.

Waiting to start the parliamentary process and the assessment of the opposition groups, especially those who have the final approval, scheduled for December, the accounts of the Generalitat in 2022, according to the project presented by the Ministry of Economy and Finance, they will be the most expansive in history. Thus, the Generalitat will raise spending to 38,139 million euros, which is 5,618 million euros more than in 2021.

In relative data, the increase in public spending will be 17.3 percent compared to the accounts approved in 2020 and renewed for 2021. If the entire public sector is added (CatSalut, Ferrocarriles de la Generalitat and up to 205 entities), spending will rise to 42,169 million euros. The project foresees the incorporation of 2,142 million from the Next Generation Fund. Of these, 1,527.6 million will come from the Recovery and Resilience Mechanism; and the rest, 614.4 million, from the React Fund.

In relative numbers, the Department that increases its budget the most is that of Equality and Feminisms, 99.1 percent (this department is newly created by the regional president, Pere Aragonès, and incorporates powers from other departments). After this Counseling: Climate Action, Food and Rural Agenda (34.2 percent), Social Rights (30.5 percent), Business and Labor (29.6 percent), Vice Presidency, Digital Policies and Territory (29.1 percent), Culture (28.4 percent ) and Foreign Action and Open Government (27.8 percent). Only the Ministry of Economy and Finance will lose budget compared to 2020, it will drop 3.4 percent.

The Generalitat and its public sector will have 276,001 workers in 2022, it will be 11.6 percent more than in 2021, in other words, the workforce will increase by 28,882 jobs. It will be the highest personnel figure in the history of the Generalitat, which in 2010 had 226,322 workers. 61 percent of the increase in workforce will be in Health and 19 percent in Education. Sources of the Ministry, however, have not specified the situation of the new workforce.

Regarding the deficit and debt, next year’s accounts will have a deficit of 1,487 million euros (equivalent to 0.6 percent of GDP), a reduction compared to the 2020 forecasts, which will be, according to the Ministry of Economy and Finance, led by Jaume Giró, of 2,587 million euros. For its part, the autonomous public debt will be 33.8 percent of GDP. In 2021 it is expected to be 36 percent and in 2020 it was 37.2 percent.

The Ministry has a positive account with the Next Generation Funds. Thanks in large part to these funds, the Generalitat may invest 3,951 million euros in capital expenditures net of payments for structural financing. It will increase by 1,939 million euros compared to the Generalitat’s investment in 2020 and 2021. Health (585 million) and housing and urban actions (529 million euros) will be the sectors that will have the most investment in 2022. Other items, such as education ( 291 million) and highways (265 million) will follow the first two investments. Far, development and research, which will have 83 million euros.

Upon income, The Generalitat expects to increase them by 394 million in relation to non-finalist non-financial income, which will be 27,256 million euros by 2022. The advances of the Government of Spain will rise to 1,278 million (6.5 percent) to 21,057 million euros. To which the Generalitat will add a collection of 4,684 million (increasing the collection by 588, 14.4 percent) of own taxes and fully assigned, Although sources from the Ministry have indicated that the tax burden will not increase, and the same expected in 2020 remains the same.

In addition, the Generalitat has the provision to enter another 1,640 million euros that you will receive from the Government of Spain. Around 336 million for the Mossos d’Esquadra, 200 million for an agreement to apply the third additional provision of the Statute, 500 million in compensation for the drop in VAT collection and 604 million more for non-finalist income.

Regarding other significant expenses, highlighted by the Ministry of Economy and Finance, this Tuesday, and announced by Aragonès in the regional Parliament, in various interventions since he took office at the end of May, 100 million euros will be allocated to rental aid, as well as another 90 million euros for the 22/23 school year to implement free early childhood education in courses P-2 and P-3. For the guaranteed income of citizenship, the Generalitat will allocate 400 million euros.

Likewise, 59 million will be invested in the works of metro lines 9 and 10 in Barcelona; 47 million of the accounts will go exclusively to promoting the Catalan language; the regional delegations abroad, the so-called ‘Catalan embassies’, will see their budget increased by 4 million euros more (in 2020 about 19 million were budgeted); and the ‘jewel in the nationalist crown’, the Catalan Audiovisual Media Corporation (CCMA), which includes TV3, you will see your initial budget increased up to 284 million euros, 39 million more than in 2020.

Expansive budgets will allow the Generalitat increase the number of public sector entities and others that are linked to public accounts. Thus, of the 191 entities of the public sector in 2020, they will be increased to 205 in 2022. To these legal entities we should add other entities in which the Generalitat participates in a minority manner, which go from 13 two years ago to 11 for next year. Total from 204 to 2016 entities affected and paid for by the regional budgets.