The centenary of Pardo Bazán begins, the literary woman to be rediscovered 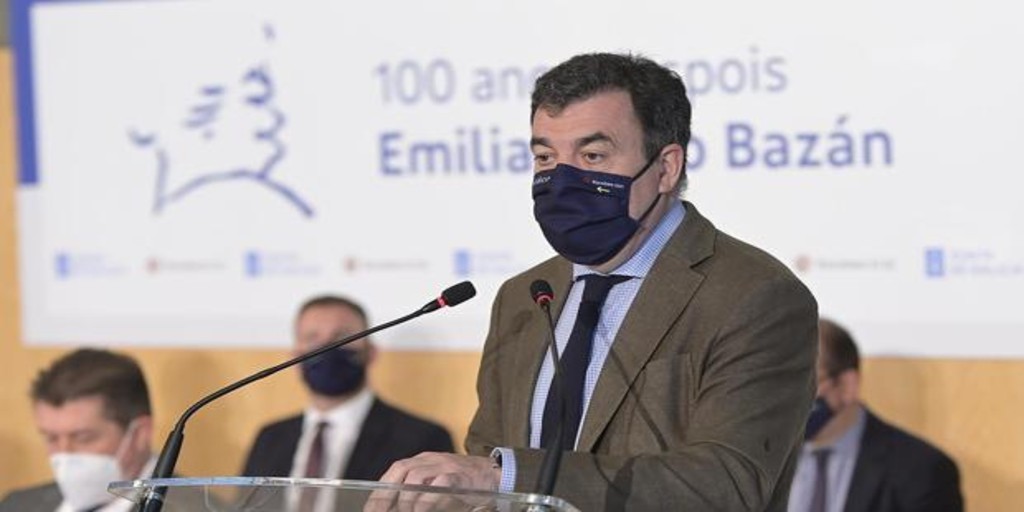 «Before you reach celebrity with scandal and talent, than with talent alone; and sometimes scandal even substitutes talent for talent »he reflected in life Mrs. Emilia Pardo Bazán, although in her case the talent catapulted her to the top of those few writers capable of going down in history for their works. With the centenary of her death about to be fulfilled, on May 12, the package of activities to commemorate the work of one of the most universal Galician writers has already been decided. Everything will revolve, as the Minister of Culture, Román Rodríguez, explained yesterday, around an exhibition made up of more than two hundred pieces which will be inaugurated in Madrid and later will travel to Galicia. Its premiere is scheduled for June 8 and its aspiration is no less: to bring Doña Emilia closer to the general public in all its facets.

Curated by Isabel Burdiel, professor at the University of Valencia, this exhibition collects for the first time books, manuscripts, photographs and prints that will help to draw the personality of the writer and the influence that her vision of the world had on her prolific work. With the subtitle of “The challenge of modernity” This nuclear exhibition will try to go a step beyond what was already known about Pardo to uncover her most unknown face, that of the woman who was ahead of her time and reached a European dimension, always with Galicia present in her mind and in his pen. The exhibition will be exhibited in the Herculean city from October 22 to December 18 after passing through the Spanish capital, where, taking advantage of the pull of this activity, dramatized readings will be held, with the aim of “attracting all kinds of audiences,” according to the director of the National Library of Spain, Ana Santos, during yesterday’s presentation.

This “innovative” woman capable of “breaking many clichés” in a historical moment of strong convictions, will also star in a parallel exhibition located in the Museum of Fine Arts in the Herculine capital. Scheduled for the fall of 2021, this exhibition will collect the objects from the donations made by Pardo Bazñán’s daughter and other family members. These are pieces that belonged to the writer and that are part of the museum’s collection. These jewels include manuscripts from the 13th century, portraits from the 18th and 19th centuries and a multitude of decorative possessions of the writer, such as tapestries, missals or scribes, dated between the 13th and 19th centuries. In addition, in November, the Library of Galicia, in the City of Culture, will value the work of the author, with a bibliographic anthology of her most unique and representative pieces.

In total, the regional minister of the branch pointed out yesterday, there will be about 40 activities that will help to redraw the figure of Pardo Bazán through the current perspective. An exercise in which you will have a lot of weight the feminist conscience that the writer defended a century ago and on which the publication Movendo os marcos do patriarcado will pivot. Or feminist thought by Emilia Pardo Bazán, which the Galaxia publishing house will dedicate to her within its «Feminisms» collection. The subject will also be dealt with, in all probability, in the congress that will take place between La Coruña and Santiago at the end of October and that will review with experts from international entities, the footprint of Emilia Pardo Bazán one hundred years later.

Various publications, street activities, lectures in libraries, talks, debates or theatrical performances will complete this recognition of the author of Los Pazos de Ulloa and champion of Spanish naturalism. It is, in essence, and in the words of the Professor of Theory of Literature and Comparative Literature at the University of Coruña, José María Paz Gago, «to take advantage of this centenary to bring the figure of Pardo Bazán closer to the current reader and to the present moment, to verify that his human and literary legacy is still current, and that his vital message did not lose its validity ».