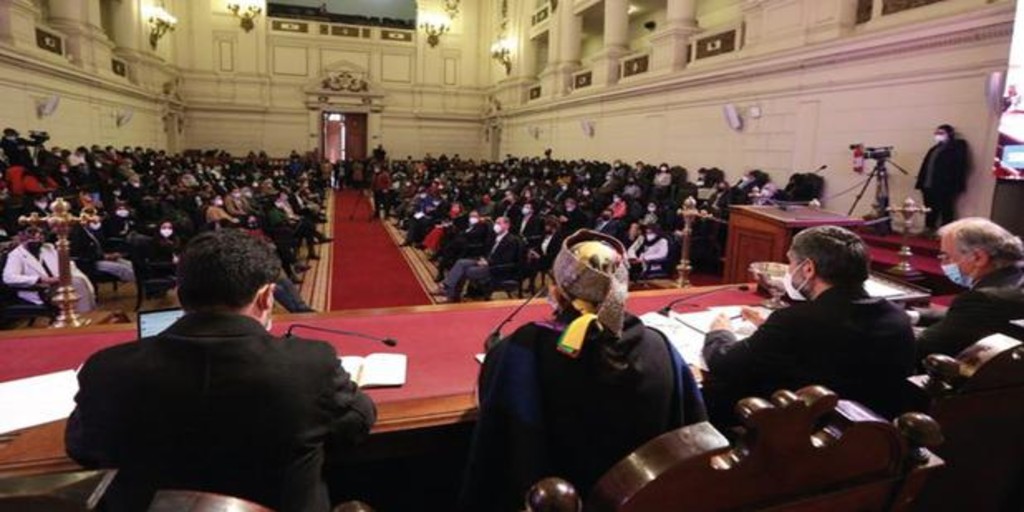 The Human Rights Commission of the Constitutional Convention of Chile has concentrated in recent weeks the most agitated and tense debates when preparing regulations and protocols to address pending problems such as truth, justice and reparation for the victims of the military dictatorship, those affected by the repression after the popular revolt of October 2019; the genocide of native peoples of the south and the militarization of indigenous territories; as well as discrimination and violence against sexual diversity, among others. The Ethics Commission of the constituent assembly specified that it will sanction those delegates who promote the denial about massive human rights violations lived in dictatorship and those of the State during the social outbreak of October 2019, the social rebellion that led to the beginning of the process to put an end to the Constitution of General Augusto Pinochet and start the drafting of a new one.

The strongest tensions began when the working commissions of the Constitutional Convention were constituted and in which human rights will be addressed, it was integrated, among others, by the retired commander-in-chief of the Chilean Navy, Admiral Jorge Arancibia Reyes, former naval dean of General Pinochet, whom he visited in London while the former dictator remained under arrest by order of the Spanish justice. The Navy is the branch of the Chilean Armed Forces that has provided the least information to find the whereabouts of more than 1,200 detainees disappeared from the dictatorship.

Arancibia’s participation in the Human Rights commission led that instance to agree to marginalize him from the public hearings attended by victims of the repression. “We do not have the power to remove him from the commission, but we have asked him to refrain from participating in those hearings where the victims attend,” said constitutional delegate Manuela Royo, coordinator of the instance.

The Human Rights Commission received about 300 requests for hearings, which were divided into the three subcommittees of the instance: Participation, Hearings and Communications; Historical Truth; and General Framework of Human Rights. Of these, the one of Historical Truth will be in charge of receiving victims of human rights violations, a subcommission to which Arancibia does not belong, who will remain in the one that prepares the “general framework.”

On the other hand, the Ethics Commission of the Constitutional Convention enacted an article in its regulations that defines “denialism” as “any action that justifies, denies or minimizes, apologizes or glorifies” criminal acts against humanity both in dictatorship as during the social outbreak. The definition also includes acts of physical and cultural genocide that indigenous peoples and Afro-descendants have been victims throughout history, European colonization and since the constitution of the Chilean State.

Another debate linked to the previous ones has been how the Convention will dialogue with those organizations that disseminate extreme right-wing speeches. Initially, a censorship had been filed to prevent the Jaime Guzmán Foundation, Republican Action, Take Care of Chile and Confamilia, accused of making “denial” speeches and inciting hateful messages, exposed before the constituents. However, some delegates, such as journalist Patricia Politzer, rejected the idea of ​​”excluding or censoring” those who ask for hearings. Delegate Manuela Royo spoke in the same vein, setting limits on these organizations not taking advantage of the platform to spread “hateful, violent or discriminatory messages.”

Decisive was the intervention of the socialist delegate Pedro Muñoz, who spoke “to homophobics” to say: (…) “We are not afraid of you and we are not going to censor you as you have done your whole life based on your beliefs. We are here to end homo and transphobia, but without censoring them. We are waiting for you here ».