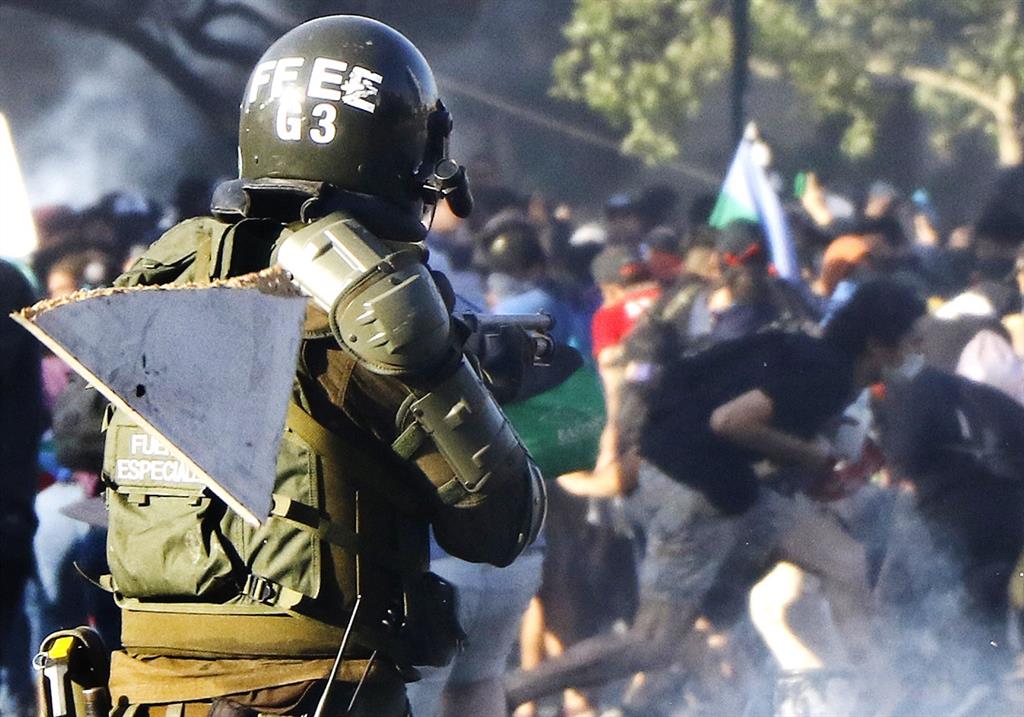 A court in the Chilean capital, Santiago, has admitted a complaint against the Carabineros chain of command for a “common pattern” of abuse and violence against the civilian population in the framework of the so-called social outbreak of 2019.

The lawsuit, presented by the legal team of the Association of Feminist Lawyers of Chile, the Student Center of the Law School of the University of Chile and the London 38 organization, is limited to the events that occurred in Plaza Baquedano – epicenter protests – in October and November 2019.

According to the text, “these acts, far from being able to be described as isolated events, were the result of a generalized, orderly, consensual and well-known practice by the strategic and operational commands of the Carabineros, who, despite having knowledge from internal and external sources of the constraints committed by his subordinates and the harmfulness of the weapons used, did not prevent and did not stop the application of said illegitimate constraints, having the necessary authority and being in a position to do so “.

According to the complaint, Carabineros committed a crime contemplated in article 150 D of the Chilean Penal Code, which states that “the public employee who, abusing his position or his functions, applies, orders or consents to the application of illegitimate constraints or other Cruel, inhuman or degrading treatment, which does not amount to torture, will be punished with imprisonment (…) “.

In the same way, it is stipulated that “the same sanction will be imposed on the public employee who, knowing of the occurrence of these behaviors, does not prevent or does not stop the application of the constraints (…) having the power or authority necessary to do so or being in a position to do it. “

Thus, as reported by Radio Cooperativa, the lawsuit accuses the Carabineros command of “ordering and consenting to the application of illegitimate constraints through the coordination and instruction of police operations in Plaza Italia and neighboring places.”

The role of the security forces, especially the Carabineros, has been the subject of analysis and criticism in the last year, especially due to the possible excesses committed in their interventions during the protests. The National Institute of Human Rights (INDH) has registered more than 2,500 complaints and some 3,000 victims of abuse between October 2019 and March 2020.

Most of these complaints, specifically 2,340, point to the Carabineros, while, in terms of reported abuses, they mainly concern illegal detentions (1,730), torture (460) and unnecessary violence (101).

October 18, 2019 marked the beginning of the largest social mobilizations in recent Chilean history. They began as a mobilization against the rise in the price of public transport, but led to broader complaints against social inequality and in favor of a new Constitution.