the closure of cities leaves more than 3,300 fines since Friday 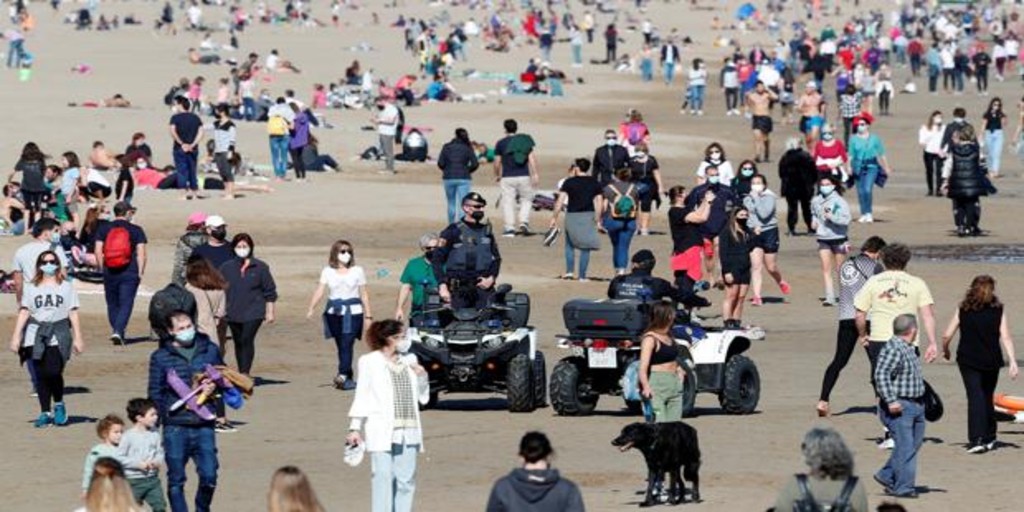 The second weekend of perimeter closure of cities with more than 50,000 inhabitants in the Valencian Community has left more than 3,300 complaints after its entry into force at 3:00 p.m. on Friday.

Specifically, the Civil Guard has raised 248 sanction proposals since Friday, according to the balance of the Government Delegation in the Valencian Community. The Armed Institute collaborates with the National Police, the Autonomous Police and the local police forces to reinforce controls in confined municipalities, with special attention in rural areas where illegal parties can be held.

For its part, the National Police, with a greater presence in cities with more than 50,000 inhabitants, has registered more than 1,600 sanctions as of Saturday night.

The State Security Forces and Bodies have dismantled this Saturday several bottles in Valencia, one of them in the vicinity of the Benimaclet cemetery, where around 30 people attended. In Alicante, they have sanctioned one hundred young people attending a macro-bottle in the Sierra Grossa.

On the other hand, the National Police have identified and proposed for sanction in Benidorm a cyclist who published a photo on Facebook boasting of having circumvented the perimeter closure.

As for other bodies, the local police of the confined towns have raised up to 10 am this Sunday a total of 1,255 minutes for breaching sanitary restrictions –49 more than last weekend– and they have organized almost 300 entry and exit controls, according to data from the Department of Justice.

Likewise, they have denounced 102 meetings, have sanctioned 14 establishments and have carried out another 102 actions in the family and social sphere, as reported by the Center for the Emergency Coordination of Local Police of the Valencian Community (Cempol).

The Generalitat Police, on roads and metro and tram lines, has drawn up 292 acts of sanction –127 more than the previous weekend-, 219 for breaching the perimeter closure and the other 73 for breaching the use of masks and the curfew, and others.

On the other hand, the agents of the autonomous body have identified 1,553 vehicles (720 less than the previous week), they have carried out 106 inspections in establishments (11 less) and 598 warnings of use of mask, safety distances or confinement (91 more) and they have drawn up 13 minutes for possession of drugs and weapons and a proposal to sanction one establishment.

The Minister of Justice, Interior and Public Administration, Gabriela Bravo, has appealed to Valencians to “continue to act responsibly” and “demonstrate that solidarity and civility so necessary at this time” and “have no doubt that those who fail to comply will be sanctioned.”

The Security Forces and Bodies have resumed early this Sunday the controls to monitor the perimeter closures planned in the Valencian Community, which will remain until Monday at 6 o’clock. Police activity has resumed “normally”, all planned controls are underway and there have been no major traffic delays, the Government Delegation stressed.

This Friday fewer retentions were detected in the main departures and more traffic on secondary roads of cities to avoid controls. In addition, police teams have been redeployed to control a greater number of vehicles on secondary roads. Finally, during this Friday, several arrests were registered for resistance and judicial claim.