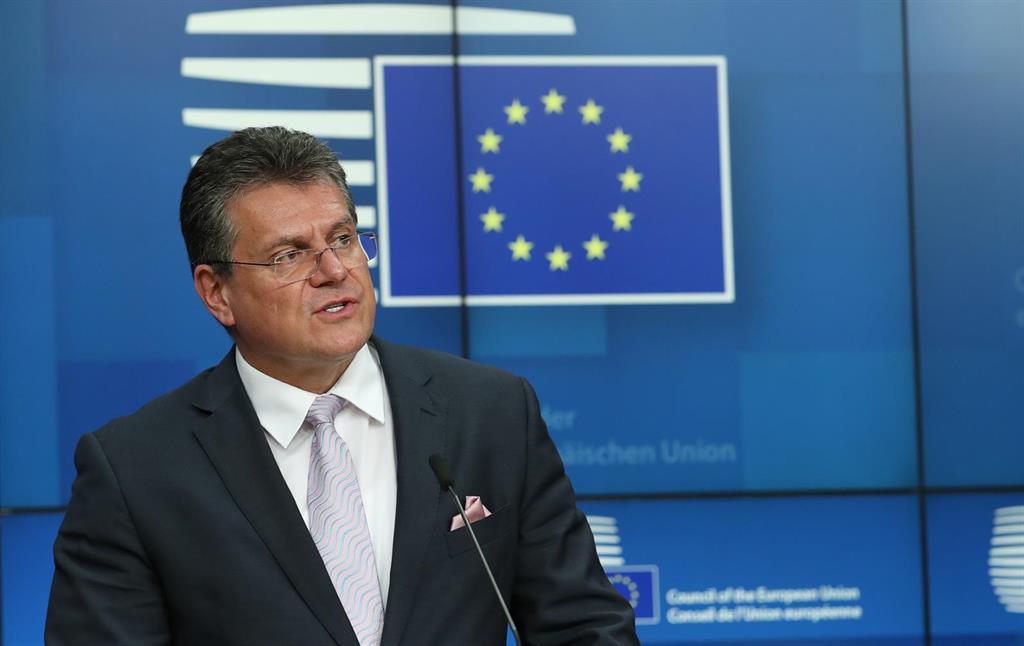 The European Commission on Thursday accepted the three-month extension requested by the United Kingdom to delay until September the application of a part of the Brexit agreement that affects the passage of goods between Northern Ireland and Ireland, a delay that Brussels warned was going to contrary to what was agreed but now accepted “with conditions” in order to reach a long-term solution.

“We have accepted the British request to delay it until September 30, but it is not a blank check. It is a temporary solution with strict conditions,” explained the vice president of the Community Executive responsible for supervising compliance with the Brexit rules, Maros Sefcovic.

He has also said that, with this decision, the European bloc shows those who from the United Kingdom “suggest that the EU is inflexible or too legalistic” that it is open to “imaginative” measures to reach a long-term solution, even reversing their own rules.

The divorce agreement that laid the foundations for the breakup of the British with their Twenty-seven partners includes a specific protocol for Northern Ireland, since this province remains within the European Customs Union unlike the rest of the United Kingdom.

To avoid distortions in the common market because Northern Ireland was used as a “back door” through which products that circumvented the common rules could pass, it was agreed that the United Kingdom would carry out customs controls on shipments of certain goods, for example chilled meat. , on its way from Great Britain to the Irish province.

However, the Government of Boris Johnson later decided unilaterally to delay the application of the protocol, something that irritated the 27 for considering that it is a violation of European and international law by failing to comply with a bilateral treaty agreed and approved by both parties.

The Commission then initiated an infringement procedure that could end the dispute in the Court of Justice of the EU, although according to community sources this process will also be paralyzed while a solution is sought for September.

In exchange for the three-month extension of the “grace period” with which Johnson postponed compliance with the Irish protocol, the UK will have to continue to adhere to EU food safety standards. In addition, it should be clear that the products benefiting from this flexibility are intended only for the final consumer and that they can only be marketed in supermarkets in Northern Ireland.

The Community Executive, for its part, has announced a legislative proposal in autumn so that, without breaking the Irish protocol, the controls that the United Kingdom must do on the medicines that are sent from Great Britain to Northern Ireland can be located in Great Britain in place of in the destination province.