The Euribor marks a new all-time low: how much is my mortgage cheaper? 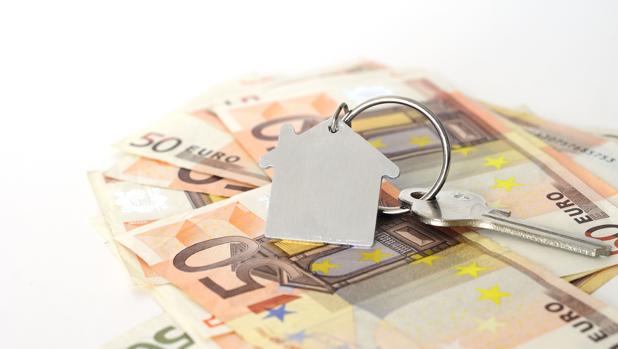 The twelve-month Euribor, the indicator most used in Spain to calculate mortgage payments, marks its fourth consecutive minimum in November, closing the month at an average rate of -0.481%. A fact that the Bank of Spain has confirmed today. In this way, the Euribor registers its fourth consecutive historical low. Yesterday, Monday, the last day of the month, the indicator stood at -0.487%, which shows that monthly average of -0.481%. They are four consecutive months of falling records and six consecutive months of falls, leaving behind the period of strong increases that it experienced after the outbreak of the coronavirus pandemic. Specifically, the indicator ended August at -0.359%; September, at -0.415%, and October, at -0.466%. In this way, the Euribor is close to closing a year of many ups and downs, but that will finally end up favoring the mortgaged, who will see their mortgage payments lowered also in November if they had to review this month. This is because in the eleventh month of last year the Euribor closed at -0.272%. For example, in the case of an average mortgage of about 100,000 euros, with a term of 25 years, and an interest of 1% plus Euribor, the savings will be slightly more than 9 euros per month or more than 110 euros per year . While mortgages of 120,000 euros to 20 years with a differential of Euribor 1% will experience a decrease of 130.56 euros in their annual installment compared to the same month last year or, what is the same, of 10.88 euros per month. For its part, a mortgage of 150,000 euros in 25 years and with an interest of Euribor 1% would save 13.72 euros per month, that is, 164.64 euros per year. And a variable mortgage of 300,000 euros, 30 years and with a differential of Euribor 1%, will have a saving of about 19 euros per month, 228 euros during the year. The current situation means that vaccines are not having a bullish effect on the Euribor. Thus, the director of mortgages at iAhorro, Simone Colombelli, explained that “the housing sector tends to react more slowly to macroeconomic changes in countries. For this reason, the fact that a new vaccine has been announced has not affected an index as sensitive as the Euribor can be. Colombelli believes that this indicator will remain at negative rates for at least three more years. For its part, the Bankinter Analysis Department places the Euribor price within a year between -0.15% and -0.05%, and recently the CEO of CaixaBank, Gonzalo Gortázar, assured that the markets believe that the situation could continue “until beyond 2030.”