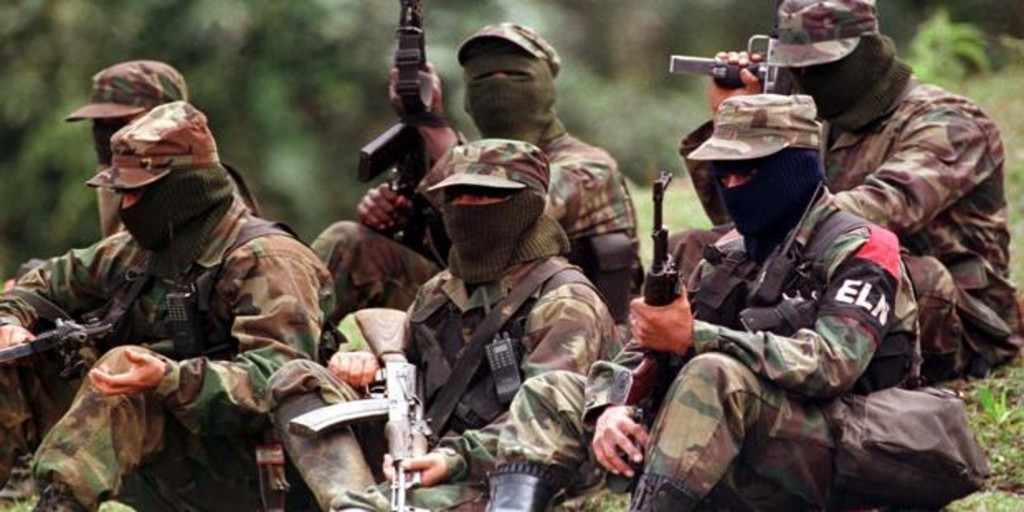 The Colombian ‘Noticia Caracol’ has published an extensive report on the video of the FARC dissidents and the secret ELN emails that have turned Venezuela into a kind of ‘guerrilla war’ where they mention Nicolás Maduro, they show alliances with Venezuelan politicians and military and as the icing on the cake they talk about buying missiles from Russia.

The background of the confrontation between Colombia’s two main narco-guerrilla groups is the dispute over the territory of Venezuela, drug trafficking and the acquisition of weapons. The two countries share more than 2,200 kilometers border. And some 1,500 ‘elenos’, members of the ELN, control a large part of the states of Zulia, Táchira, Apure, Amazonas and Bolívar, under the tolerance of the Venezuelan authorities.

Among the various emails of the internal communications of the ELN leaked, they speak about the need to count on russian missiles. “It would indicate that, in exchange for that military support to attack the FARC dissidents, the elenos would seek that their allies in the Venezuelan armed forces would reward them with the acquisition of missiles.”

The email says: «This intelligence is very good and with that we can earn some points to help us solve some things we need such as the missiles, we can’t work for freeThat is why we leave and we handle that live, and it is time for a command to be put in charge of that operation, with which the high command of the barbed wire defines “, says the communication written by ‘Lenin’ to ‘Salcedo’.

According to the emails, the tenth front of the FARC dissidents, commanded by alias ‘Arturo’, would have contacted to officials of the Ministry of Defense Venezuelan and delegates from the Russian Embassy in that country to buy missile launchers.

Documents say Russian military would locate weapons in strategic places from Venezuela. Then he would be transferred to the border with Colombia. For this movement, the Venezuelan military would charge the dissidents 5 million dollars.

In one of the ELN messages, it is revealed: «Two generals of three soles arrived to take charge of the helicopter operation, one is artillery and the other is Rafael Hernández Dala (…) The oldest who will be at the helm front of operations you already have direct contact with us, apparently what they are trying to imply is that they are going to attack the FARC because they have enough indications that they are quite involved in the face of the disappearance of the helicopter, “says the email addressed to ‘Lenin’ and written by Luis Felipe Ortega Bernal, the third commander of the ELN’s Domingo Laín Sáenz Front.

200 kilometers from the Colombian border, in Venezuelan territory, the FARC dissidents give political instruction to groups of peasants. In Elorza, Apure state, alias ‘Julián Chollo’, the second commander of the Acacio Medina front, addresses a community. The video was recorded in May 2020, where ‘Chollo’, the right hand of alias ‘John 40’, speaks. They both run one of the most powerful structures in the dissidents led by Gentil Duarte. The group has its area of ​​influence in Vichada and Guainía. On the neighboring side, in the states of Amazonas and in the limits of Apure.

«Today we meet in full support of the commander, to Comrade Nicolás Maduro, to continue with this government, to continue in command directing this ship, “says the envoy of the dissidents.