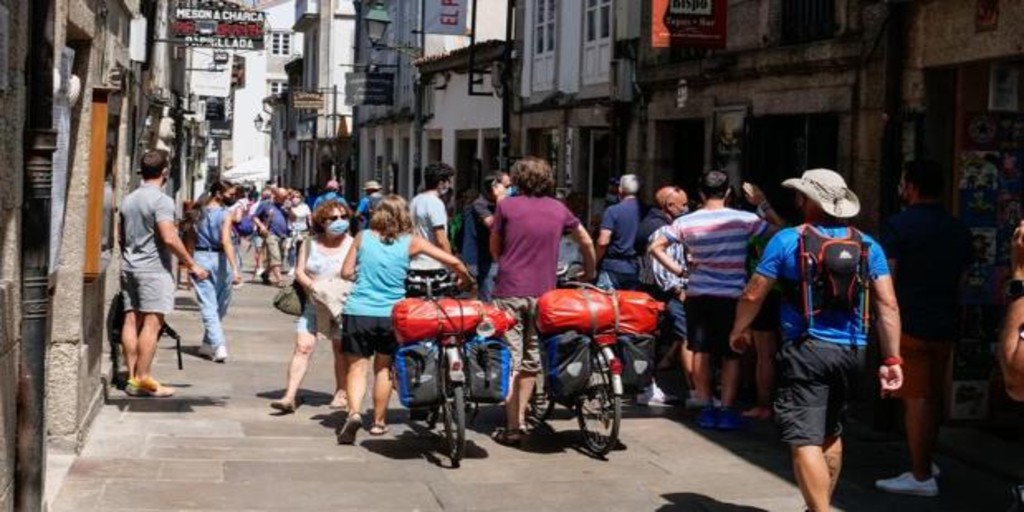 The most touristic enclaves are finally getting their act together. The good temperatures in the community have helped the occupation in many hotel complexes reach 100% after a July can be improved.

All the establishments interviewed admit to increasing or maintaining the data with respect to 2020. «This year there are more reservations than last year, which it seemed that people were afraid to go out», Says the receptionist of a campsite in Cangas.

«July has been somewhat lazy, we were at 16%», Says the manager of the Hotel Minso, in Sanxenxo. “But August much better.” In the camping of Santa Tecla they coincide. The good weather attracts tourists and the pitches are now starting to fill up, but in July the occupancy did not exceed 50%.

This month, according to the hotel industry surveyed, has meant an injection of tourist influx that brings them closer to figures close to pre-pandemic normality. “It’s full in August,” says a worker at the Hotel Avenida (La Coruña), adding that the establishment is based around a “80-85%” occupancy, reaching “several times 100%” coverage so far this summer. The same happens in Lugo, where the Association of Hoteliers speaks of a «Takeoff» of «O Piornedo, Ancares, O Courel, the mountain in general ”, with more than 90 percent occupation. Of course, both the people of Lugo and the people of Cangues agree that this year’s demand is «very to arrive without previous reservations».

In Santiago, it seems that the ‘no rooms’ sign is not so easy to hang. According to data from the Compostela Hospitality Association, during this San Roque a 66% average occupancy, above the 60% of the month of July, but without reaching the forecasts for August, of 69%. Therefore, the summer course runs “Within the bad, with a certain normality”. Because, it should be noted, the sector goes «well July and August, but not before», Says the receptionist at the Hotel Lois, also in La Coruña. “And the range of dates improved,” according to Sergio Picallo, from the A Marina hotel in Cee. He explains that last year, hotels got good occupancy “only on specific dates.” The data corroborate this: the occupation of august 2020 it was from a 26% on average in hotels, and 21% in pensions.

«In 2020 prices fell. This year started with falling prices, but the demand has been very high “, says the hotelier from Cee, and the cost of the rooms increased «even more than before the coronavirus. In a hotel in the center of Vigo, rates are up from last year, and despite this they are around 90% occupancy. “It is the law of supply and demand,” they say.

The customer profile has changed a bit: «Families come with grown-up children, with adolescents aged 16-18 years». Families residing in Spain, generally. “Perhaps what we are having the least are foreigners, and what more, average Spanish families,” they point out from a Coruña hotel. «We no longer serve large groups, only couples or families, cohabitants, in any case, “says Picallo.

Regarding restrictions, the ones that most affected tourists, especially these families, were the gauges, the early closure of the hotel business and above all, the Covid passport in bars and restaurants. “Many, as they could not eat inside and the weather was bad, stayed in the hotel services,” says the Vigo regent. “The large families, of more than six peopleThey were very annoyed by the capacity, ”they say from the Parador de Baiona.

Political decisions not only had a bad influence. For the A Marina hotel, «about a 5 or 10% of the clients »have arrived with the Tourist Bonus ‘We are in Galicia’. According to the worker Luz Figueiroa, a multitude of tourists have arrived at the Parador de Baiona with them under their arms. The Parador is a peculiar case, since 100% occupancy is an immovable reality since before the Covid. What does surprise them is that this year, even between contagion and confinement, they have not had any cancellation.