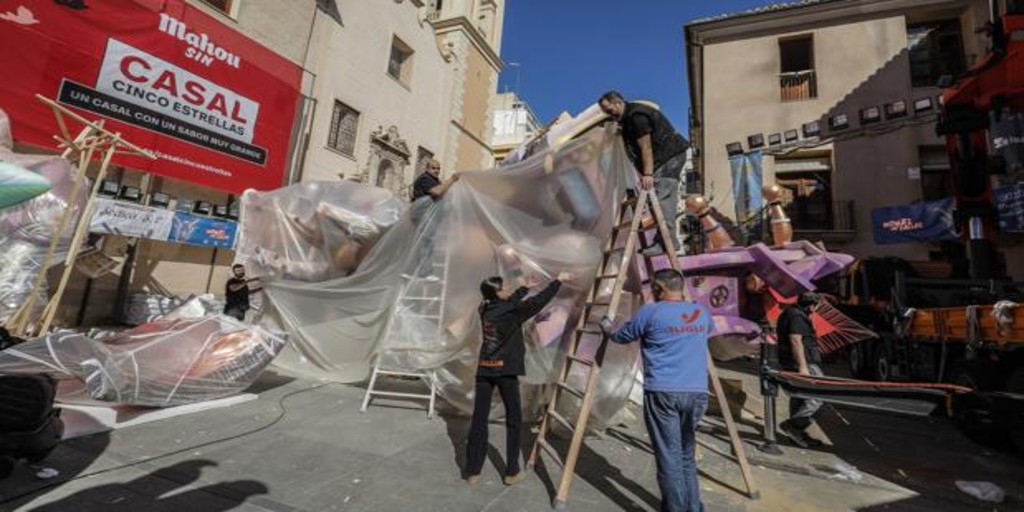 The offensive of the fallas and the Valencia City Council against the Generalitat Valenciana has taken effect. At least in part. The Interdepartmental Table this Tuesday has approved the de-escalation of the festive venues in the region. Among them, casales falleros. It is, precisely, the only novelty that the new decree of restrictions will contain until July 15, since the rest of the measures are extended for two more weeks due to the increase in infections.

The time limitation of these spaces, which until now could only open for administrative tasks at 75% of their capacity, will decline next Thursday. What’s more, the consumption of food and drink will be allowed, with the same protocol as the hospitality industry, that is, with tables for up to ten people, the bars closed and half their occupation at that time.

A modification of measures that obeys, as explained in her appearance by the Minister of Health, Ana Barceló, that “the people who normally go” to these venues “are immunized or vaccinated with a dose”, although she has appealed to “responsibility »Of all the popular festivals of the Valencian Community.

It was one of the demands of the Fallera Central Board and the rest of the sector, which this Monday staged in a meeting with the mayor of the capital of Turia, Joan Ribó, their discontent when considering that the regional government «Discriminates» the group. However, another of the council’s claims remains at a standstill.

Ribó himself pressured the Ministry of Health to transfer to the commissions the regulations for events scheduled from 1 to 5 September, alluding to the fact that, failing to do so within a week, would “seriously endanger” the celebration of the Fallas, since both the operation and the activity permits must be organized in the middle of summer.

Barceló, who reproached Ribó for his words defending that “in the midst of a pandemic an ultimatum cannot be given”, pointed out this Tuesday that the protocols for the first parties in two years “have been developed for a long time” and are “Very advanced”, so they will be delivered “very soon” to the City Council and the Department of Festive Culture, with whom it is in “permanent contact”, for distribution.

From her department, the head of Health has indicated, “the level of risk of each of these festive activities is being studied to take as few risks as possible». “If all goes well, with the measures established in those protocols,” the Fallas “will be able to develop without any problem,” he added.

In any case, Barceló has reiterated the need to maintain «prudence» and not «lower our guard» because «Valencia is one of the largest cities with a higher incidence», which is currently in 187 cases per one hundred thousand inhabitants.