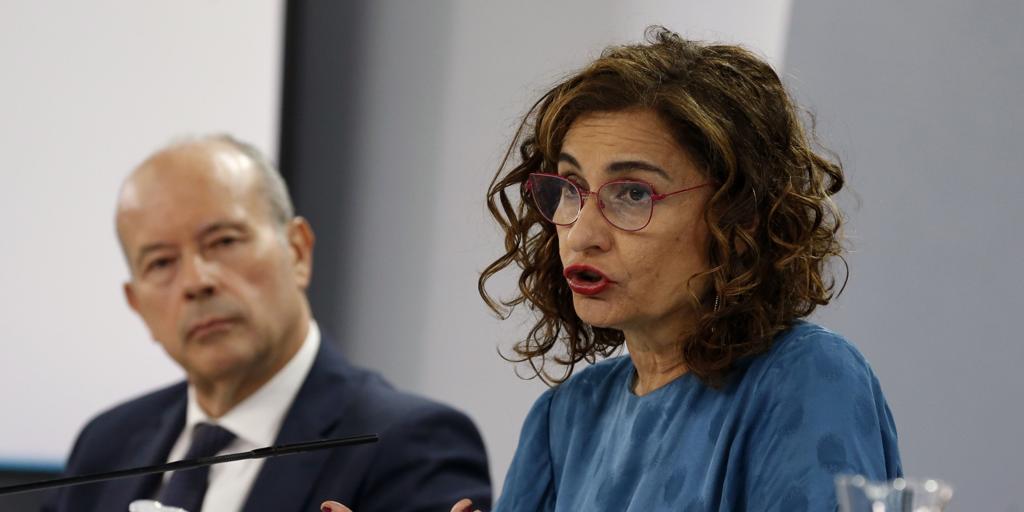 The Government is aware that the cases opened in the Court of Accounts are giving the independence movement an argument to sustain the pulse after the granting of pardons and defend that this gesture by Pedro Sánchez is not enough.

Last Friday, not by chance, the Secretary of Organization of the PSOE and Minister of Transport, Jose Luis Ábalos, referred to these causes as “stones in the road.” That same day, ABC published how the consulted government sources recognized that in this case they could do nothing.

That resignation first expressed by Ábalos and reinforced by the government message that they cannot intervene is part of the Executive’s account towards the independentistas. The second part of that strategy has been to divert the focus towards the renewal of that body, despite the fact that its mandate has not yet expired (it will do so this month) and despite the fact that it is acting in this process within the mandate for which it was appointed. .

Outside of Council of RTVE, the Ombudsman and the General Council of the Judiciary, which have been expired for years, were not renewed in the contacts that the Government and the PP started in the first quarter of the year. And the Court of Auditors will suffer the same fate. And it is to that certainty of his non-renewal of what the Government clings to in the middle of a process that complicates its long-awaited negotiation with the Generalitat of Catalonia, and that the Prime Minister wanted to refer to economic issues at first.

After the message of resignation and the inability to intervene, that is the second leg of the strategy: to pressure the PP with its renewal and associate the current composition of the body with the popular ones. “It is time to demand that the PP proceed with the renewal of all constitutional bodies. The tremendously undemocratic attitude of boycotting the renewal of constitutional bodies with the sole motivation that it now has a better majority than the one that would emerge from the renewal is not acceptable. A party cannot exercise the veto because the current majorities benefit it. Pablo Casado does not recognize the legitimacy of the Government. But this is not voluntary, it is mandatory to comply with the constitutional mandate of renewal, “said the Government spokesperson, María Jesús Montero, at the press conference after the Council of Ministers. Democracies are its institutions. A blockade does a lot of damage to democracy. He is a first-year career. There is no excuse if we really believe the Constitution, “the Minister of Justice insisted at the same appearance., Juan Carlos Campo.

Does the Government plan to change the member election law? After last summer, when the Government registered its law to modify the majorities of the CGPJ, which it later had to withdraw, the debate took place within the Government as to whether it would be necessary to proceed the same with the rest of the bodies if the impossibility of renewing them persisted. . The 1982 organic law that regulates the Court of Accounts establishes in article 30 that the councilors “are elected by the Cortes Generales, six by the Congress of Deputies and six by the Senate, by majority vote of three-fifths of each. of the Chambers ». An absolute majority would be enough for the Government to change that majority.

Asked about it in the round after the Council of Ministers, the spokeswoman Montero stated that the Government is now giving the PP an “opportunity” to “rectify.” It is exactly the same thing that they say about the CGPJ once they withdrew the reform of the majorities. Without establishing neither then nor now any term: «Let’s wait before anticipating», Montero said. His answer, however, was not conclusive. But several government sources indicated a posteriori that this issue is not currently on the table. Since it would be to recover a strategy of review of majorities for the election of constitutional bodies that the Government was forced to withdraw amid criticism of the EU.

The Government is in the rhetoric to try to calm an independence movement that uses the Court of Accounts as a pretext to take the initiative before a Pedro Sánchez who interprets that the pardons have reinforced its negotiating position towards independence. But a change in the composition of the body would not change the resolution of this already open question, as Montero recognized: “It is not that its composition is going to alter or not the investigations that may be initiated or that are in progress. It is that for the proper functioning of an organ its renewal is necessary »