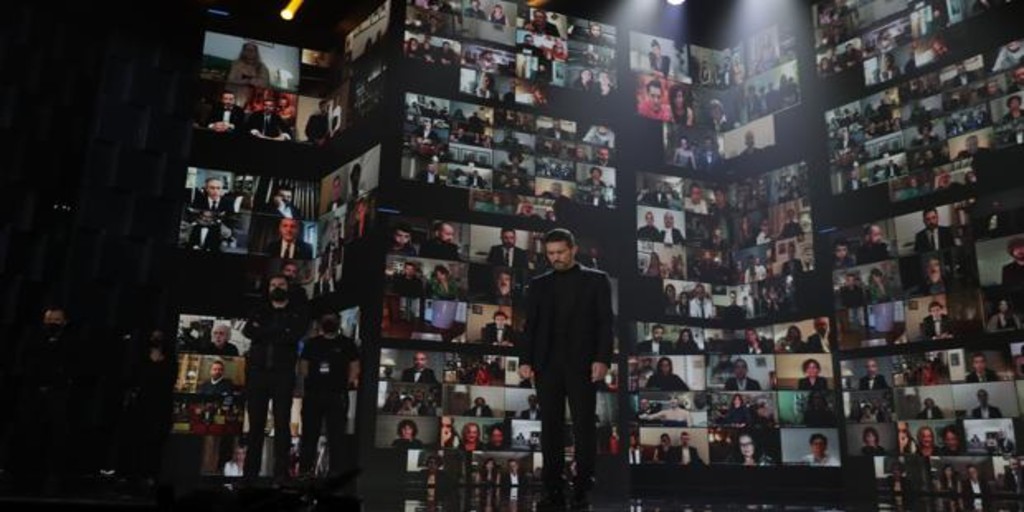 About 2.5 million viewers –2,482,000– followed the Goya awards gala on TVE’s La 1 on Saturday, which translated into a 15.6% audience share. Figures that place the ceremony as the most watched program of the day, but that pale in comparison to the 2020 data, where more than a million viewers and ten share points were left.

Despite the good reviews that the gala presented and directed by Antonio Banderas and María Casado, the fall in the audience could be expected in view of the experience in the United States with the only ‘telematic’ gala held to date, the Golden Globes. In fact, the broadcast of the American ceremony skirted the catastrophe, with only one 1.5 percent screen share and just seven million viewers, sixty percent less than the 2020 gala.

To the reluctance that viewers may have before a ‘hybrid’ event, with the nominees at home and connecting through video calls, the worst year for cinema in remembrance is added. For several months of 2020 the theaters remained closed, and some of the most powerful premieres have been frozen waiting for the public to return to the theaters with the usual way they did before the appearance of the coronavirus.

And without taking into account the cinematic harvest. In 2020, Pedro Almodóvar (‘Pain and Glory’) and Alejandro Amenábar (‘While the war lasts’) disputed a duel in style at the Goya and at the box office, with two ‘author’ films that filled the movie theaters. spectators and the Goya gala of emotion. This year, despite the undeniable quality of ‘The girls’, ‘Adú’ or ‘Rosa’s wedding’, the media noise that would have hit people in front of the screens to see which one was the winner has not been generated.

The disaster of Concha Velasco and Antonio Resines

You have to go back to January 29, 2006 to see such a low audience. In that gala Isabel Coixet achieved a triplet (best film, script and director) with ‘The secret life of words’, and Concha Velasco and Antonio Resines they presented a ceremony where the echoes of the 2003 gala of ‘No to war’ continued to resonate in the ears of a good part of the audience.

But beyond the absolute data of viewers, if the focus is only on the screen share, yesterday’s gala has been the one with the worst data recorded since the first two of which there are data, back in 1993 and 1994 Last night’s 15.6% is the lowest in the entire 21st century, in which only four times the share fell by 20 percent.

The data from the consultancy Dos 30 consulted by ABC leave some striking data. The Goyas led in audience among youth (13-24), young adults (25-244) and adults (45-64), and also among the high class viewers. Low-class viewers and those from the caegory over 65 preferred Telecinco’s ‘Deluxe’.

A total of 7,549,000 spectators saw at some point the 35th edition of the Goya, a ceremony directed, presented and written by Antonio Banderas and María Casado at the Teatro del Soho Caixabank in Malaga, which registered the golden minute – the most watched of the day–, at 10:43 p.m., when it summoned 2,787,000 people and had a 15.5% share.