The green hydrogen business begins to mature in Spain 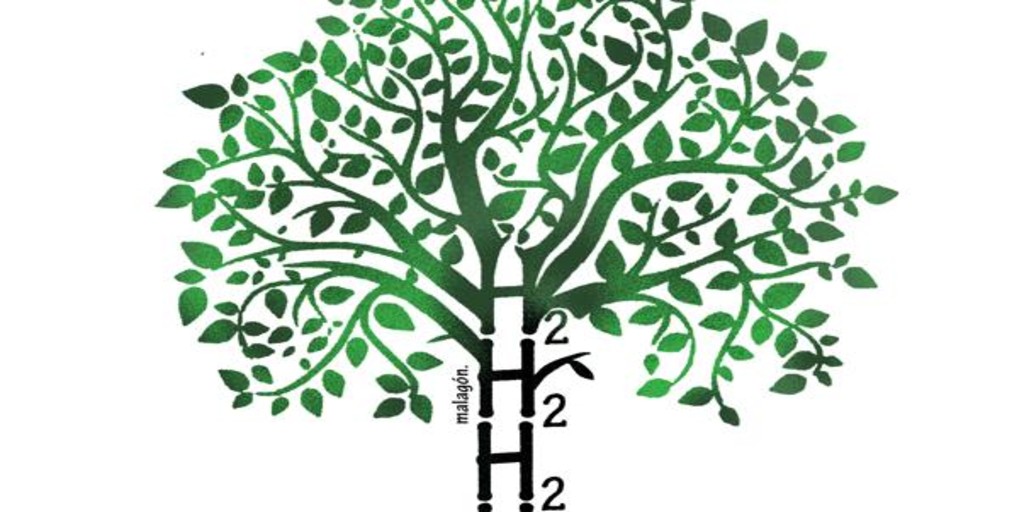 Big energy, chemical and transportation companies are taking strategic positions on the map of the green hydrogen economy. The latest projects presented by Iberdrola, Naturgy, Enagás and Endesa are the visible head of a powerful business niche that is weaving its network of industries and companies, and that will make this technology one of the main energy vectors of the next decade. One of the paths that will contribute to achieving the full decarbonization of the Old Continent in 2050, as is the objective of the European Union. There are also hundreds of other companies already working on it, some for two decades.

Spain now has a historic opportunity to make the leap and become the European leader in the green hydrogen economy. The conditions exist: the technology is available and quite mature; The projects, which are no longer pilots, have a unique opportunity to be developed and financed through European recovery funds and we have companies throughout the hydrogen value chain (production, transport, storage and consumption). In addition, the Government has designed a Hydrogen Roadmap for 2030 with an estimated investment of 8.9 billion euros. And we can take much advantage of two of our great advantages: our natural resources (the sun and the wind) have made renewables strong, essential to produce, at competitive prices, a hydrogen that is truly green. We also have a powerful gas infrastructure that allows the storage and distribution of hydrogen, not only to supply ourselves but also for export, a business where large companies have their sights set.

Without forgetting that everything points to the fact that part of the green hydrogen that the EU needs will also be produced in North Africa, and Spain’s geostrategic position is privileged to transport this attractive new non-polluting gas to all of northern Europe. “We can become the European hydrogen distributor. The hydrogen economy is a great opportunity and we are going to be a very important player “, says Javier Brey, president of the AeH2 (Spanish Hydrogen Association).

Large companies have already designed various projects, which are beginning to take shape to gain experience in this new technology and develop it further. It is intended, above all, to reduce costs in the production, storage and transport of renewable hydrogen. ‘The main barrier to green hydrogen is price. It is not yet a competitive technology with respect to the substitutes it wants to displace (especially natural gas). Nevertheless, our companies are sufficiently solvent. They must be accompanied in the development of technology and in solving the learning curve that is needed for this new energy vector “, he explains José María González Moya, general manager of AP PA (Association of Renewable Energy Companies). “Projects have to be done to lower the cost of hydrogen. It is not about developing technology but market, “says Brey.

Green hydrogen is produced through a process called water electrolysis: By means of an electric current, the H20 molecule is broken and oxygen is separated from hydrogen. It is totally sustainable and non-polluting, that is, with zero C02 emissions, if that electricity comes from renewable sources. In this way, today producing green hydrogen costs around 4 euros per kilo. It is estimated that for it to be truly competitive and viable, its commercialization should be between 1.5 to 2 euros, which will be achieved “within ten years, as renewables decline”, believes Brey, and also most of the experts. Something that is already happening.

And that does not go unnoticed by large companies, which are already positioning their projects. For example, Naturgy and Enagás have teamed up to build the largest green hydrogen plant in Spain in La Robla, a town in León, where the former closed a thermal power plant last summer. A photovoltaic plant will be built that will feed an electrolyzer for the production of green hydrogen. From there, approximately 9,000 tons of renewable hydrogen will come out per year. In other words, this plant alone will supply almost 2% of the 500,000 tons of hydrogen that are used today in Spain and that are obtained through polluting processes, especially from natural gas. Both companies also want to share an electrolysis plant in Asturias with the energy provided by a new offshore wind farm to be built on the coast and another onshore.

Naturgy also plans to advance in the construction of two large hydrogen production centers in Valencia together with other partners. One of the projects aims to introduce this new gas into the infrastructures of the port of the city of Turia. It also wants to install 38 hydrogenerators throughout our geography before 2025 to refuel vehicles.

Y Enagás is carrying out the Green Crane project, which includes the creation of green hydrogen corridors from the south to north-central Europe and includes several initiatives. “We are currently promoting 30 green hydrogen projects that meet clear criteria: they are projects that contribute to decarbonisation and a just and inclusive transition, they are tractors in their entire value chain, they promote the development of Spanish industry, they generate sustainable employment and they are carried out jointly with other partners », account Antonio Llardén, Chairman of Enagás. One of them is Green Hysland, which will create a whole green hydrogen ecosystem in the Balearic Islands and which can be replicated on other islands, thus helping to position Spain as the hydrogen hub in southern Europe.

As well Endesa is committed to green hydrogen with 23 projects. “Our commitment is to promote the development of a new value chain in Spain linked to green hydrogen”, he says Rafael Gonzalez, General Director of Generation of Endesa. It includes the construction of electrolyzers in various parts of the country and their corresponding renewable plants to feed them. The As Pontes (A Coruña) project is the most advanced to date and will have six associated wind farms.

Plans Iberdrola for green hydrogen, with another 53 projects, they involve hundreds of SMEs, startups and other partners. Its alliance with Fertiberia stands out to build the largest green hydrogen complex for industrial use in Europe in Puertollano (Ciudad Real). Repsol, together with the Basque subsidiary Petronor, has planned a green hydrogen plant in the Port of Bilbao. CAF leads a consortium of companies (with Renfe, Adif …) to develop a prototype green hydrogen powered train, Airbus has already announced that it is working on three aircraft models that will also use this fuel … Of course, it is clear that the green hydrogen economy has already started to take off, which opens up thousands of possibilities to generate jobs and new business niches.

In order to develop the green hydrogen economy, it is also necessary to “create a demand for this hydrogen,” says González Moya. Today 500,000 tons of hydrogen are produced that are destined for industries with high energy consumption (cement, fertilizers, steel, metal, glass, ceramics …). “95% of that hydrogen comes from natural gas (it emits CO2) and 5% from electrolysis (zero emissions)”, says Brey. That has to change, because “certain energy uses cannot be decarbonized because they demand a lot of heat or large productions. That is where fossil fuels, especially natural gas, should be replaced by green hydrogen, ”recommends González Moya.