The ideological rapture of mental health 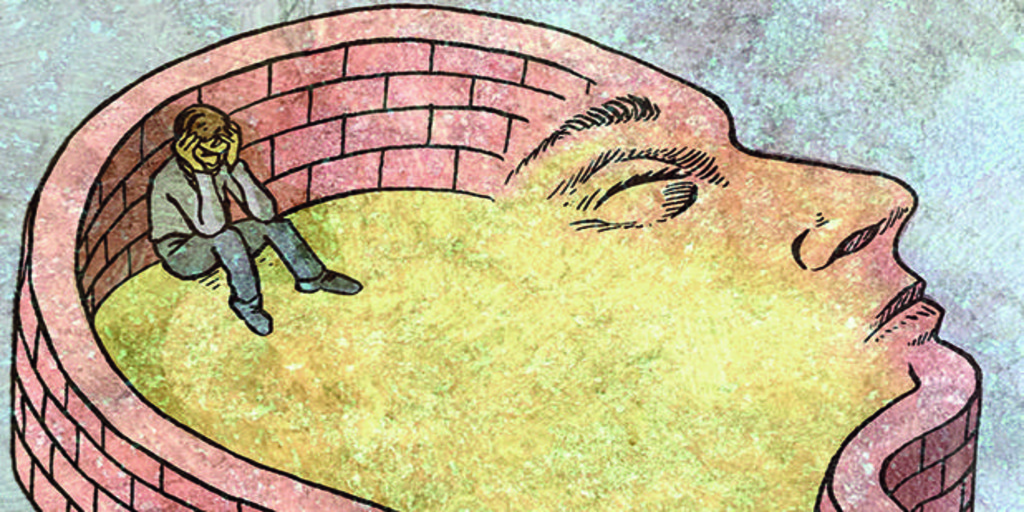 I have looked for a universal definition of mental health among the great philosophers and, of course, I have not found it. Plato, Marco Aurelio or Kant postulated on the qualities of a good friendship, or the moral virtues of the rulers, or on the metaphysical nature of ethics. But not on how to define the mentally healthy subject. Not even Medicine has dared to define health as something more than the absence of diseases and important imbalances. It is not possible to understand the categorical concept of ‘mental health’ unless someone superior dictates how the mentally healthy life is to be lived.

processed in Congress, which has created stupor in the scientific world and has generated the unanimous rejection of the Spanish Society of Psychiatry and all scientific societies related to mental health. Ideologues define mental health as an objectifiable truth of a socio-economic nature that must be regulated by the State. They dictate the norms and customs that citizens must have in order to be mentally healthy regarding gender differences, political and social attitudes, or moral norms. It also defines what are the psychosocial needs that must be covered to bring the citizen to the objective state of mental health. Once these needs are covered, it is understood that the subject should feel well and can no longer feel sick. Mental illnesses themselves will exist if they are approved by law, and their own nature will be included in said law, which will not include the knowledge of the international scientific community, but the influence of some, as it literally says, “contemporary philosophers” (they refer to Foucault, although the project lacks bibliographic references). In the midst of antiscientific apotheosis, the law will dictate to mental health professionals the treatments that they must use and those that are prohibited even though their efficiency has been demonstrated, going beyond all national and international clinical practice guidelines. Suicidal or delusional patients will decide whether or not they want to be treated and what treatments they are willing to accept. If anyone doubts that this nonsense is real, they can consult it in the BOCG of September 17, 2021.

For ideologues, mental health is not the result of the absence of mental disorders, but a state that is reached with the disappearance of poverty and oppression exerted by the structures of conservative society. The different labor, cultural or moral oppressions prevent the subject from reaching the deserved mental health. Mental disorders are not diseases, but mere social constructions that perpetuate oppression and stifle differences and dissent. The document does not once mention the words brain, neurobiology or research. Half a century later, the ideologues fan the Foucauldian embers and proclaim that what the patient needs are not doctors or psychologists, but social liberators. Specifically, to the same ones who have generated the bill.

Despite this nonsense, diseases of the mind, intellect and behavior are as old as classical Greece, where doctors did not even call them mental diseases and considered them physical ailments (of the ‘physis’) like the rest of diseases. The first hospital for psychiatric patients was created in 15th century Spain, in Valencia, by the Mercedarian father Jofré, to take care of them and to avoid being taken for degenerates or criminals. The prevailing rationalism in the eighteenth century caused a greater exclusion of the irrational madman, as if his suffering depended on his free will, but on the other hand it opened the way to science that for two centuries was concerned with studying biological mechanisms and psychological laws governing these diseases. During the last fifty years there have been great advances in the knowledge and treatment of psychiatric illnesses that have radically improved the lives of those affected. The contributions of neuroscience, molecular biology, pharmacology and psychotherapies have been extraordinary and have returned these diseases to the field of Medicine, from which they should never have left. We still have a lot to know, but we know that the only way is permanent scientific research without shortcuts.

Eradicating poverty is a social and moral necessity, but pretending that psychiatric illnesses will disappear as the economic level improves is scientifically inexcusable. Ideologues denature psychiatric illnesses and put them on the same level as social unrest, mixing economic policies with schizophrenia like someone who mixes gastronomy with pancreatic cancer. For the mother of a person with delusions or drug addictions that lead to death or suicide, the option of blaming society does not help to heal her child or reduce his suffering. Only the humanistic, determined, scientific and social response from Psychiatry can help the patient’s recovery.

Mental health is undoubtedly associated with material and social well-being, but also and mainly with other personal qualities such as effort, honesty, generosity or the capacity for transcendence. Health cannot be established by law, but by supporting the prevention and treatment of disease. The very existence of a mental health law is in itself stigmatizing for mental disorders, excluding them from the common trunk of diseases.

Mental health ideologues perpetrate a perverse double act, hidden under their charitable zeal. A first act of pride, ignoring the innumerable scientific evidences of the last decades and creating a reality to its measure. And a second act of narcissism, by which they aspire to become leaders of a supposedly oppressed collective. This is the only way to explain the absurd contents of the Mental Health Bill.

We have had to suffer from the Covid-19 pandemic so that the care deficiencies of mental health become evident as never before. But at this time, professionals and citizens do not need laws, but sufficient health resources to ensure a dignified and humane treatment of patients. This is a time for the clinic and for treatment, not for demagogy with disease.