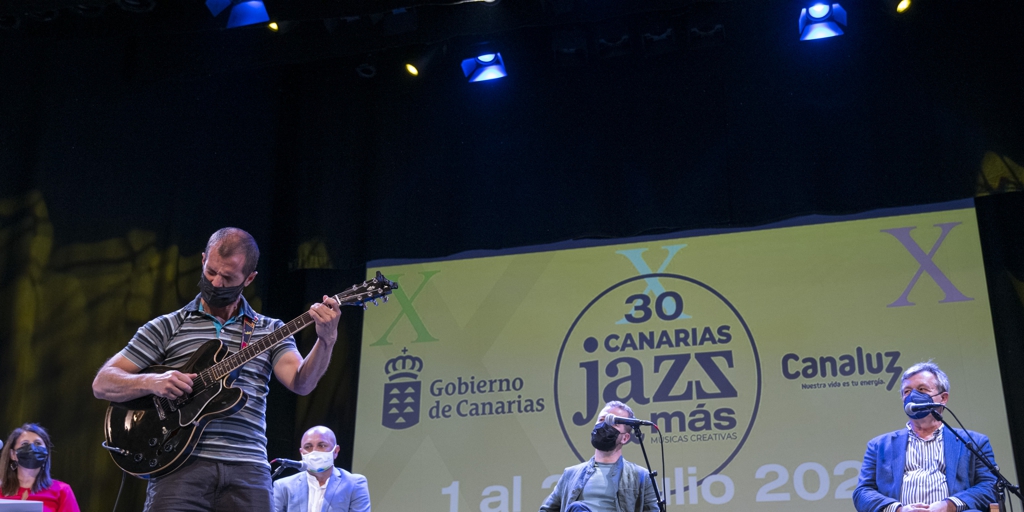 The 30th edition of the Canarias Jazz & Más International Festival will kick off this Thursday, July 1 with the concerts of Avishai Cohen with the Tenerife Symphony Orchestra, which will be the live world premiere of his latest work, ‘Two Roses’.

This premiere is being held with a full house, at sell your tickets in just a few hours for the Pérez Galdós Theater concert on Thursday, July 1, and with the last tickets on sale for the one that will be offered a day later at the Tenerife Auditorium.

The seats are also sold out for the two concerts of Cimafunk (Friday Rincón del Jazz and Saturday Convent of Santo Domingo in La Laguna), with which the festival starts with the best prospects, with a great reception for the Jazz at Lincoln Center Orchestra with Wynton Marsalis, Y Snarky Puppy.

On this first weekend of the festival, the program also includes performances by local artists such as Javier Infante & Pablo Rodríguez Y Luismo Valladares Quartet who will open the Tenerife concerts on Thursday at the Santo Domingo de La Laguna Convent.

Yexza Lara & Pablo Selnik will perform in the previews of the Cimafunk concert in that same venue, while Pablo Queu Sextet and Luis Merino They will be on Saturday sharing the stage of the José Antonio Ramos Auditorium (Las Palmas de Gran Canaria).

Russian diver will close this first weekend with a concert on Sunday 4 at The Paper Club.

The director of Canarias Jazz & Más, Miguel Ramirez, has confirmed that the sale of tickets “it has been great“, and they have been running out” in hours “for the main concerts and” we believe that this will be the trend with all the others. “

Some of the concerts scheduled in Adeje and Santa Cruz de Tenerife will change their location due to the level of alert in which the island is due to its high incidence of Covid-19 and go from being celebrated in open spaces to theaters and auditoriums.

The line up of the thirtieth anniversary of the festival is completed with some classical and emerging figures of the first line, such as the pianist Fred Hersch, in trio format; the portentous voice of Liv Warfield; the virtuosity on the guitar of Julian location; and the self-assurance of a good number of bands that this year share that section called ‘& Más’ with projects related to jazz, such as soul or funk, and in which they will participate José James and its base of neo soul, hip hop and drum ‘n bass, the Latin rhythms edged with soul and funk of the Cubans Cimafunk, the soul garage of The Buttshakers; or the always surprising miscegenation of Latin jazz with de Patax.

The Canarias Jazz & Más offers in its program consecrated artists with others who point in that direction, but also attentive to the most emerging projects. Musicians who move between classical and contemporary jazz join veterans of the national scene such as Jorge Pardo with Carles Benavent and Tino Di Geraldo; Y Maria Joao & Carlos Bica Quartet; and new faces with great potential like Cyrille Aimée, Chico Pinheiro Quartet, Ozma, Jean-Paul Estiévenart Quintet, Oscar Peñas O The Black Barbies.

The Canarias Jazz & Más stages have been the springboard for projects born in the islands, which played at this event when it was taking its first steps and which will once again be the undisputed protagonists of the festival on its 30th anniversary, such as Kike Perdomo Sextet.