The left enters into crisis with the Draghi government 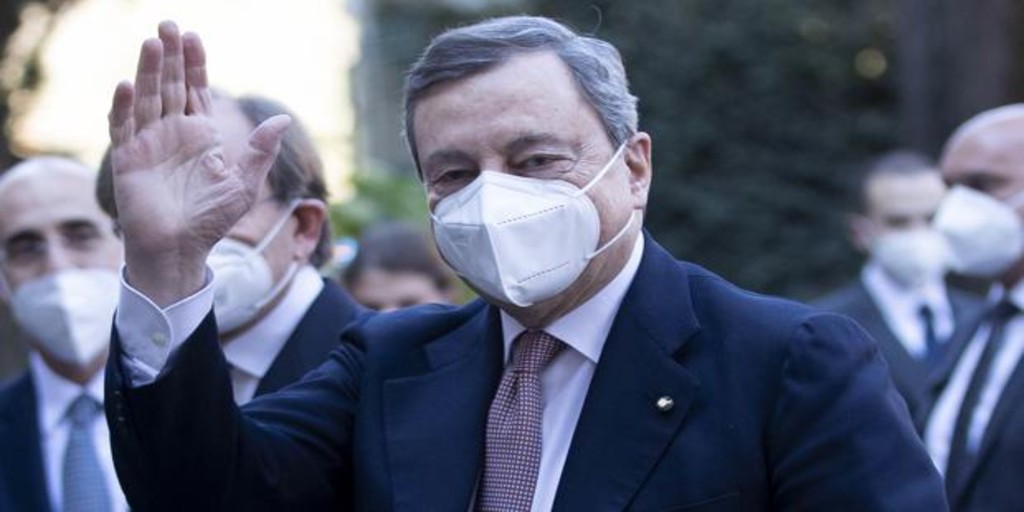 In full health emergency and socioeconomic crisis, the Italian left lives a political earthquake because of internal guerrillas. To a large extent, it has been unwittingly unleashed by the arrival of Prime Minister Mario Draghi, who presides over a government of national unity, supported by all parties, with the exception of the far-right Brothers of Italy. The reality is that after the formation of the Draghi government, the left has ended in chaos because all the contradictions and deep divisions have been evidenced both in the Democratic Party (PD) and in the 5 Star Movement (M5E).

The secretary general of the Democratic Party (PD), Nicola Zingaretti, resigned last Thursday due to the internal wars in his party, using harsh language against his colleagues: «I am ashamed that in the Democratic Party for 20 days we have only talked about seats and primaries, while the third wave of the virus advances ». It has been an unexpected and clamorous resignation: he is the seventh secretary of the PD who resigns in less than 14 years and only two of them remain in the party, founded in October 2007, as heir to the El Olivo coalition of political forces, becoming the main center-left political force. The party has already suffered three splits, including Italia Viva, led by Matteo Renzi.

The working class moves away from the left

Zingaretti’s resignation is seen as a extreme response to the chaos that the Democratic Party is experiencing, dominated by internal currents and increasingly removed from the interests of the people. «We are perceived as a party of power, with experience, but with the risk of be a little thing facing the suffering of millions of people and their longing for the future, “says Giuseppe Provenzano, former minister for the South and territorial cohesion in the previous Giuseppe Conte government. The divorce of the PD, the party of reference of the left, with the working class, which especially in the north of the country votes for the League of Matteo Salvini, is increasingly profound. «The left has committed a sensational error cultural and has not understood an objective fact: the price of immigration is paid by the popular classes, in the form of fewer rights, fewer wages, fewer public houses. Today the PD is a dependent middle class party that has the temptation to win back the working class by raising taxes on the middle class, that is, on its constituents », writes Aldo Cazzullo in the ‘Corriere’.

Zingaretti, who started in politics at the age of 17 in the Italian Communist Party (PCI), was working, with resistance and internal opposition, to build an organic and structural alliance with M5E, hoping to obtain better results at the polls, starting with the elections to be held in the autumn in 1,300 municipalities, including Rome, Milan, Naples, Turin and Bologna (these elections were scheduled for next spring, but will have been postponed by the Covid).

The M5E, in chaos

Precisely, the M5E is also in chaos, divided into many streams. It’s another side effect of Draghi’s arrival. Fifty parliamentarians voted against Draghi, considering him a representative of the financial elites, which the M5E fought in its origins, when it was founded in 2009 by the comedian Beppe Grillo. Another hundred parliamentarians have been expelled or have left the party in three years of the legislature. The original ideals are already far away, when among their promises was that of not allying with any political force to remain politically ‘virgins’. Today the M5E has allied itself with all the political forces of the parliamentary arch, with the exception of the Brothers of Italy, from the extreme left to the extreme right of Matteo Salvini. To avoid a split and its possible disintegration of the Movement, the founder Beppe Grillo, has commissioned the former prime minister, Giuseppe Conte, to re-found the party. Conte, who is not even enrolled in the M5E, will need to create new statutes and introduce substantial changes and perhaps with a new symbol. If Conte achieves his goal, the tiring transition of the M5E will be complete. The one who was the leader of the M5E until January 2020, Luigi Di Maio, current Foreign Minister, has thus christened the future Conte Movement: “Moderate, liberal and pro-European.”

Nicola Zingaretti welcomed Conte taking the leadership of the M5E and achieving federate the center left. But that idea of ​​Zingaretti has been criticized in the PD and it is considered that it could be a resounding own goal, because the M5E could grow by stealing votes from the Democratic Party.

Faced with the chaos experienced by the PD and the M5E itself, the comedian Grillo today launched a provocation, proposing himself as a candidate for the PD’s secretariat, in a long post on his blog, the most widely read in the country: «We are in chaos, but chaos is creative. I have seen a good person leave the Democratic Party (Nicola Zingaretti). He leaves with nausea, as we all get a little nauseous politics, parties. Perhaps it is a moment of reflection. The Democratic Party must have a project, I have never heard words like transition, ecology, renewable energy, but these are all things that are now on the table. Consequently –adds Grillo- I propose as secretary of the Democratic PartyYou have to put 2050 in your symbol, as it will be in ours with Conte, let’s do a common project, we will come out in an extraordinary way and everything will be different in the future ”, concludes Grillo.

In short, the parallel crisis suffered by the M5E and the Democratic Party reflects limits of an entire ruling class, analysts emphasize. The situation is being exploited by the right center. While in the governing coalition, the center-left parties are the majority, their crises and lack of leadership allow the League’s secretary, Matteo Salvini, to present himself to public opinion as the most active leader among the government parties. Berlusconi’s Forza Italia also gains greater visibility when he returns to the Executive. Meanwhile, Brothers of Italy benefits from being the only party that is in opposition. According to a latest poll by La7, last Thursday, La Liga stands at 23.4% in voting intention; Brothers from Italy, 16.5%; and Forza Italia, 7.1%. An alliance of these three parties with other small center-right groups would obtain a large absolute majority.