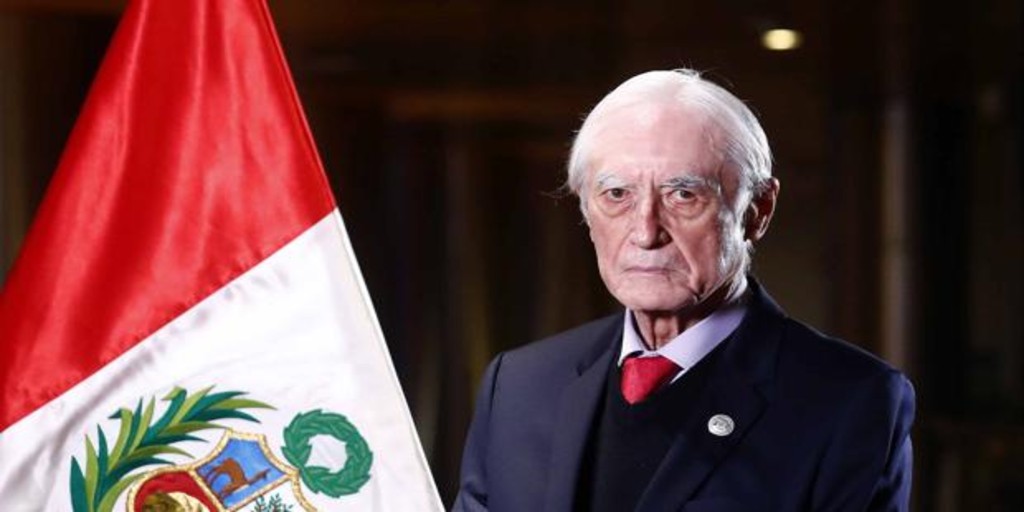 The Government of Pedro Castillo accepted the irrevocable resignation of former guerrilla fighter and sociologist Héctor Béjar, after revealing some statements falsely accusing the Navy of initiating terrorism in the Andean country since “they have been trained for that by the CIA.” The Executive had to react to slipstream after several Peruvian media advanced the news and the Prime Minister, Guido Bellido, announced that there would be “changes to the country’s progress,” although without mentioning the already former Foreign Minister.

Béjar’s controversial statements assured that he was “convinced of two things, (but) I cannot prove it. The first, (the Maoist terrorist gang) Sendero (Luminoso) has been largely the work of the CIA and the intelligence services. And two, a large part of the operations of division of the left have something to do with the enemy intelligence services ”, when the Andean country was in the process of elections to the presidency.

After revealing Béjar’s controversial statements, in an unprecedented manner, the Peruvian Navy published a statement without consulting the Defense Minister, Walter Ayala, saying that «rcast the statement referred to above, absolutely lacking in veracity, which constitutes an affront against the men and women who fought and continue to fight against terrorist crime, against the widows, orphans and relatives who are victims of that heinous action.

On August 26, the cabinet of which Héctor Béjar was a member will appear before Congress to request the investiture vote. “I am free again!”, Hector Béjar published on his Facebook account, after the Government Press Secretary confirmed his resignation.

Héctor Béjar, He was part of the guerrillas in the late sixties in Peru that they were inspired by the takeover of the dictator Fidel Castro in Cuba; He was imprisoned for sedition, and then he was pardoned by the military regime of Juan Velasco Alvarado (1968-1975), with whom he later worked and later devoted himself to the academy. In the few days he was in the Foreign Ministry, he announced Peru’s departure from the Lima Group that sought to help opponents of the Nicolás Maduro regime in Venezuela; the signing of the Escazú agreement and external support for LGTBIQ rights.

The requests for him to resign from the position come from before, after the opposition has questioned his suitability to occupy the position due to his guerrilla past. Béjar, a university professor, writer and sociologist, was the founder in the 1960s of the short-lived National Liberation Army (ELN) during the dictatorship of General Juan Velasco Alvarado (1968-1975).

Béjar’s remarks came in a virtual chat with left-wing sympathizers in February, when Castillo was still a largely unknown candidate and not among the likely winners of the election. In the recording, the former foreign minister allegedly refers to events from the 1970s, although most of the Peruvian and opposition media they have interpreted it as a mention of the internal armed conflict (1980-2000), unleashed by the Maoist guerilla Shining Path and the Marxist Túpac Amaru Revolutionary Movement (MRTA).

The final report of the Truth and Reconciliation Commission (CVR) clearly establishes that it was Sendero who left the democratic system to initiate an armed struggle with terrorist acts that left some 69,000 dead, the majority at the hands of this group led by Abimael. Guzman.