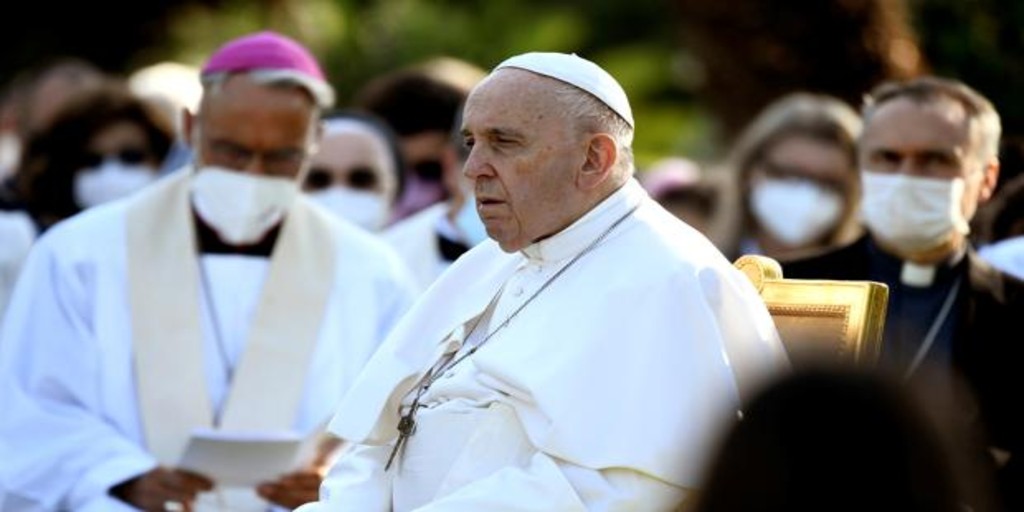 Correspondent in the Vatican

In a new step to eradicate intolerable child abuse, the Pope Francis has hardened penalties, has extended them to lay people who work in pastoral activities and has limited the margin of tolerance of bishops and religious superiors, according to the reform of the Code of Canon Law announced this Tuesday at the Vatican. The prescription periods are also extended.

In his apostolic constitution ‘Shepherd the flock of God’, signed on May 23, Pentecost Sunday, the Pope affirms that “the need to also review criminal discipline promulgated by Saint John Paul II, on January 25, 1983, with the Code of Canon Law “, streamlining and hardening it” in order to prevent greater evils and heal the wounds caused by human weakness. “

In a legal document of the first magnitude, the Holy Father recognizes that “many have been the damages caused in the past” the fear of sanctioning, because “it entails – experience teaches – the risk of timing with contrary behaviors to discipline, for which the remedy cannot come solely from exhortations or suggestions ».

According to Francisco, the lack of energy when it comes to punishing the abuse of minors committed by priests and religious, “frequently carries with it the risk that, with the passage of time, such ways of life crystallize, making correction more difficult, and aggravating in many cases scandal and confusion among the faithful. In short, what has happened in the last 40 years.

The Pope insists that “the negligence of the Pastor in the use of the penal system shows that he is not fulfilling his function correctly and faithfully, as we have clearly pointed out in recent documents, such as the Apostolic Letters in the form of ‘Motu Proprio’ As a Loving Mother, June 4, 2016, and Vos estis lux mundi, May 7, 2019 », largely addressed to punish the covering bishops. In the last year, harsh sanctions against bishops have been frequent in Poland, where the opacity was very high.

In the presentation of the reform of Book VI of the Code of Canon Law of 1983, relative to penalties, Archbishop Filippo Iannone, president of the Pontifical Council for Legislative Texts, highlighted “the introduction of new penalties such as reparation, compensation for damage and the deprivation of all or part of the ecclesiastical remuneration ”.

Even more novel is the extension of penalties to religious and “to the lay faithful who enjoy dignity or carry out positions and functions in the Church.”

According to the highest jurist of the Vatican, from the theological-legal point of view it is very relevant, “the transfer of the crimes of sexual abuse of minors and child pornography from the chapter of ‘crimes against special obligations’ (of clerics and religious) to the of ‘crimes against the life, dignity and liberty of persons’ ”, which helps to focus attention on the victims.

The reference to “the freedom of persons” is understood in the context of the abuse of conscience that often precedes and accompanies sexual abuse. And people are spoken of instead of minors to include vulnerable adults or simply subjects of authority.

For his part, Bishop Juan Ignacio Arrieta Ochoa de Chinchetru, secretary of the Pontifical Council for Legislative Texts, added that this reform of the Code of Canon Law of 1983 was launched in 2007 by Benedict XVI, “who had concrete experience of the limits of penal discipline due to his long experience at the head of the Congregation for the Doctrine of the Faith, ”charged with punishing abusers but lacking the legal resources to do so quickly and vigorously.

The first draft was sent in 2011 to all episcopal conferences, religious superiors and faculties of canon law for their confidential study. With the suggestions received in this global consultation, the Pontifical Council for Legislative Texts drew up a second draft in 2016, enriched with new amendments until its current promulgation.

The reform changes eighty percent of the 89 canons (articles) on penalties, reducing, according to Bishop Arrieta, “the scope of discretion that was previously left” to bishops and religious superiors, including “reparation of the scandal and redress of damage ”, and giving herders the means to act quickly through administrative channels.

The revised text typifies new crimes such as “the non-execution of a sentence” or “the omission of the obligation to report a crime”, as well as “patrimonial crimes such as the sale of ecclesiastical property without due consultation.”