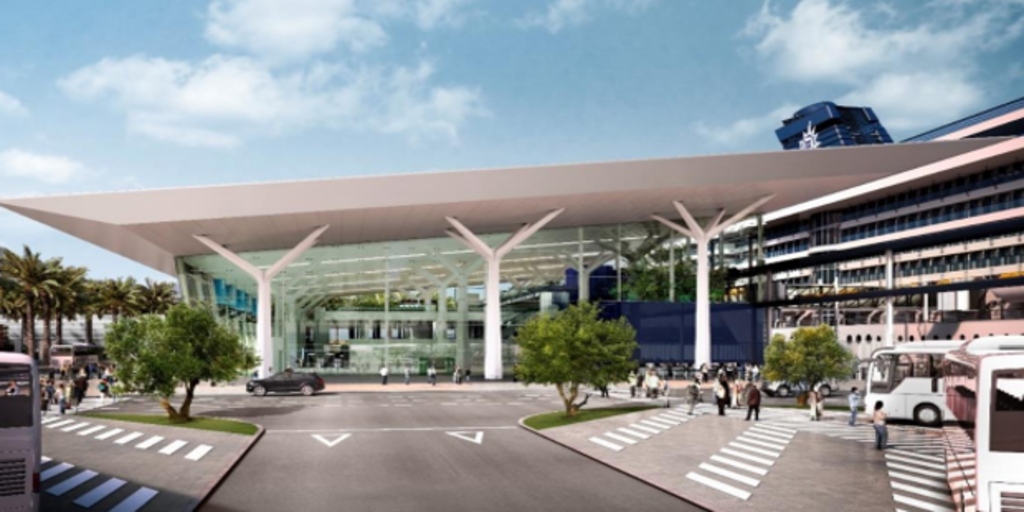 The Board of Directors of the Barcelona’s port approved in May to grant a concession to the company MSC to build a new tourist terminal on the pier known as adosado. With an investment of 33 million euros, it will be a construction of more than 11,000 square meters, divided into three levels, which is scheduled to come into operation in 2024 and that MSC will be able to operate for 31 years. The president of the port, Mercè Conesa, has justified the commitment to this company because it has shown its interest in participating in the strategy to “make a port increasingly sustainable, economic and social.”

Thus, the terminal is designed with the aim of minimizing emissions from both the port itself and the ships. In addition, it will include the connection with electric boats, which do not pollute during their stay in the port, an action framed within the Electrification Plan for the Docks of the Port of Barcelona which began to be developed last March and which plans to reduce the port’s CO2 emissions by 50% by 2030. Within the terminal work, suppliers of liquefied natural gas (LNG) will also be installed for the cruise ships that use it, a fuel that contributes significantly to reducing emissions of carbon dioxide, sulfur dioxide (SO2) and other polluting particles.

The project also contemplates enhancing the port passengers base, that is, those who start and end a trip in the same place, and therefore contribute more economically to the city, with which the new construction will not only create workplaces in the port sector but will also enhance the tourism sector from Barcelona. “This new terminal affirms once again our commitment to Barcelona, ​​Catalonia and Spain,” said Pierfrancesco Vago, CEO of MSC Cruises.

After years and complaints about the pollution caused by cruise ships in the city of Barcelona, ​​the one that suffers the most in Europe according to a study by the ONG Transport and Environment In 2019, the construction of the new terminal is part of the 2018 agreement between the Port and the Barcelona City Council to reduce the number of terminals and move them away from urban areas, concentrating all of them on the Adosado dock, in order to open the North terminals and South to citizens.