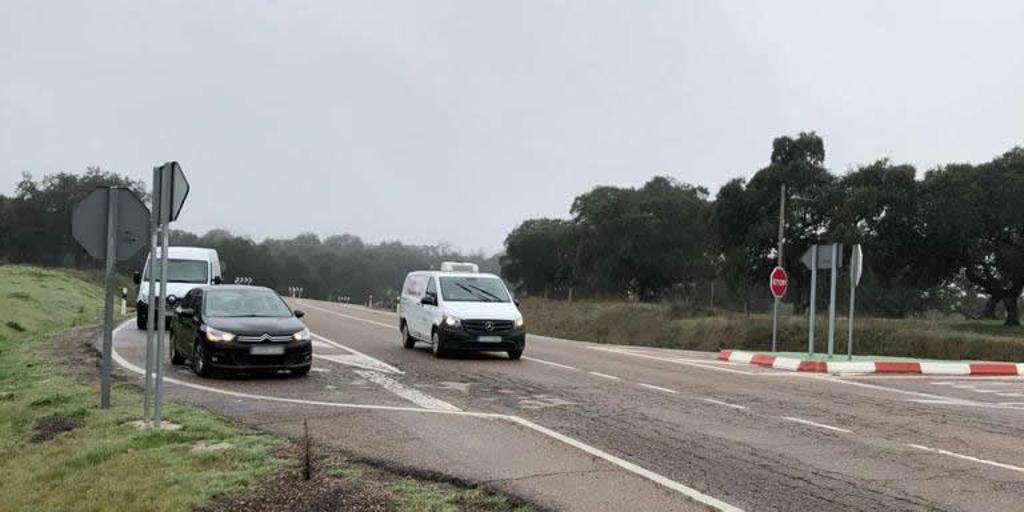 The parliamentarians of the Popular Party of the province of Toledo Carmen Riolobos and Vicente Tirado have demanded that Sánchez eliminate the dangerous crossing of the N-502 with the TO-1291 highway that connects with Navalcán and Parrillas and They demand that the project for the execution of the work be included in the 2022 Budgets, which must also be made from the Recovery Funds of the European Union.

Carmen Riolobos affirms that «these works must be carried out urgently in 2022 because the crossing of Navalcán and Parrillas with the N-502 is very dangerous and in it there have been many traffic accidentsIn addition to being on a highway that has a lot of traffic ”. Therefore, he pointed out, it is not justified that after the permanent claims of the mayor of Parrillas, Julián Lozano, and the spokesperson for the Popular Party in Navalcán, Yendira Lugo, these works have not yet been executed.

The national deputies Vicente Tirado and Carmen Riolobos and the senators Carolina Agudo, José Julián Gregorio and Pilar Alía They have been demanding through parliamentary initiatives the execution of these works since 2018. However, the responses of the Government of Spain have always been “diffuse and incomplete, and demonstrating its disinterest in the Toledo projects, the abandonment of the province in its investments and the vagrancy of a government that does not do things the way it had to. do ”, Riolobos pointed out.

In that sense, he recalled that In 2018, during the mandate of the Popular Party, a project was drawn up to eliminate this dangerous crossing through a roundabout or a level crossing and a budget item was included in the General Budgets for the same year.

On the contrary, “in the three years that Mr. Pedro Sánchez has been governing, not only has he not executed the item that was included in 2018, but he has eliminated from the 2021 Budgets any reference to this project to suppress the intersection of this dangerous crossing in the N-502 »has criticized the national parliamentarian.

Budget and execution in 2022

Riolobos has stressed that at a time when the Budgets for 2022 are being prepared, the Government of Spain must include this project for the year 2022 “and that the works are carried out in that year.” In addition, he has added, «They must be made from the Recovery, Transformation and Resilience Funds of the European Union, because there will be enough money and it is necessary that this project be prioritized due to the existing need.

“It is regrettable the complicit silence and the abandonment of Emiliano García-Page, who does not demand any of these constructive projects from the Government of Spain when it has the meetings it has to have and allows all investment funds to go to Catalonia,” he added. .

«From the Popular Party there is a firm commitment from both President Paco Núñez and President Casado And there is the example that 400,000 euros of amendment to the General Budgets of 2021 have been included precisely so that this project will be executed in 2021, but to the abandonment of Page is added the abandonment of the socialist deputies of the province of Toledo who not only do they not demand this project, but they vote against the amendments of the Popular Party, “he asserted.

He also recalled that the popular parliamentarians are waiting for the Government and the Minister of Transport, Mobility and Urban Agenda to answer the oral question on this project in September, “which for the Popular Party is inalienable because it is for its mayors and their spokespersons.