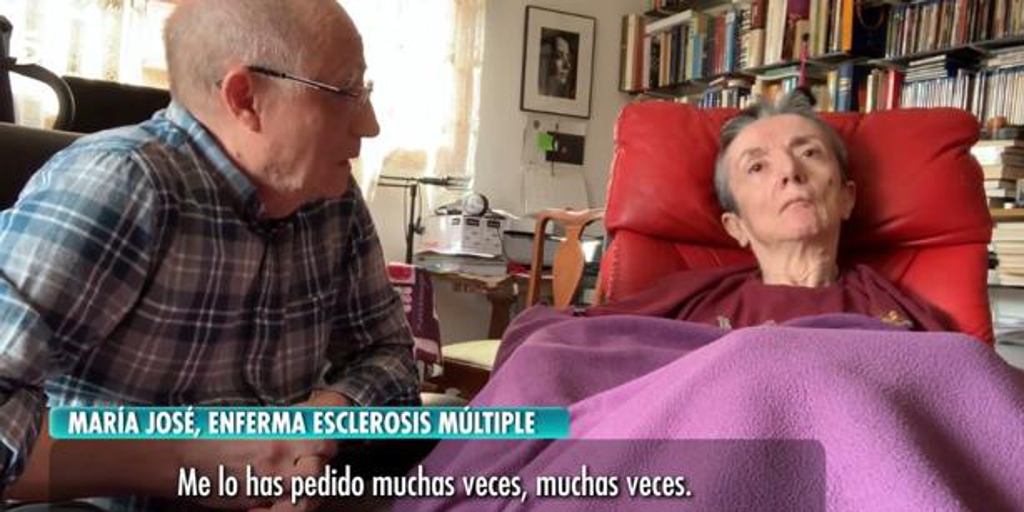 The Madrid Provincial Prosecutor’s Office has withdrawn the accusation for cooperation in suicide that had been filed against Ángel Hernández, whom
He asked for six months in prison for cooperating in the death of his wife, sick with ALS, as the first direct consequence of the entry into force of the new regulation on euthanasia.

As reported by the Public Ministry in a statement, the decision of the prosecutor, who even in that indictment announced that he would not oppose Hernández’s pardon if necessary, has been to apply retroactively and for the benefit of the accused the modification of the Penal Code because yours now, is one of the legally authorized assumptions.

“The approval of the Law has entailed the legal recognition of the right to end life in situations of serious, chronic and incapacitating illness or serious and incurable disease, going on to legally protect a right that previously did not have legal coverage,” he explains. the note from the Prosecutor’s Office.

In his report, the prosecutor differentiates between requirements and procedure, and concludes that «the ineffective nature of acts of cooperation in suicide cannot be made dependent on effective administrative processing followed in order to achieve the recognition of the right “, but” of the effective concurrence of the material presuppositions that allow to affirm its birth and ownership “.

So understand that the determining factor is «assess whether, in the previous factual assumptions upon the entry into force of the new legal text, the requirements qualifying for, if it has been in force, to have activated the procedure of assistance to the provision of aid to die ».

In the case of Hernández, those requirements that exempt him from criminal responsibility concur. His wife had expressed to him in a “constant” way her desire to end his life because of the “intense” pain “beyond what he could bear” that he suffered as a result of being diagnosed with Amyotrophic Lateral Sclerosis (ALS) “a disease chronic, degenerative and incurable ”.

The indictment was presented in October last year and the trial had not yet taken place. According to the account presented by the prosecutor at the time, María José Carrasco, Hernández’s wife, was diagnosed with ALS in 1989. Five years later, a degree of disability of 82% was recognized and already in 1996, the great disability. «From that moment, Carrasco needed the support of third parties for all the basic activities of daily life«.

He requested a reduction in working hours, first, and a leave of absence later to be able to attend her. Since 1999 he dedicated himself “exclusively” to her, whose physical situation was deteriorating but who always kept his cognitive abilities “intact”.

The abandonment of administrations

In 2007, Hernandez began to request “repeatedly” from the public administrations aid for the care and treatment of his wife’s illness, but they were denied and although in 2009, through the Dependency Law, he was recognized the right to residential care , «The recognized service was never provided, Hernández being the person who had to assume only all the care responsibilities». The prosecutor spoke in the letter of his “deep feeling of helplessness and abandonment.”

It was from 2014 when she “in full use of her intellectual faculties and aware of the consequences,” began to express her desire to end her life. “Even despite the advance of the disease – added the letter from the Prosecutor’s Office -, the null support of the administrations and the firm will of María José to end her life, Hernández tried to dissuade her or at least delay the moment».

At some point before 2018, the deceased, “who could still use her hands”, bought a bottle of 100 milliliters of sodium pentobarbital over the internet and once received, they stored it at home in case at any given moment they had to use it ». Meanwhile, the pains that she suffered became «beyond what I could bear»And the entrances and exits of the hospital, palliative care unit began. His requests to end his life were constant and he raised a last will expressly rejecting artificial feeding.

The letter from the Prosecutor’s Office concluded that, unable to “continue to see María José suffer, helpless due to the lack of institutional aid and her continued requests, Ángel finally decided to put an end to her life.” “Aware that no one else was going to help his wife in the process of taking sodium pentobarbital and that she, due to her condition, could not do it alone,” he agreed with her on how he would help her.

It was on April 3, 2019, around ten in the morning. They were alone. And then he called 911 and He told what had happened, just as he did before the judge when he was called to testify for this matter, which a priori, was read as a case of gender violence.

“Not only did he relate everything that happened, but he also provided all the documentation and videos about the events that he had in his possession. These documents, which significantly reduced the efforts to clarify the facts, “alleged the prosecutor, who asked for six months with extenuating confession and kinship and was open to support a pardon if there was a conviction. Now, withdraw your accusation.