The referee who educates parents and children in honesty 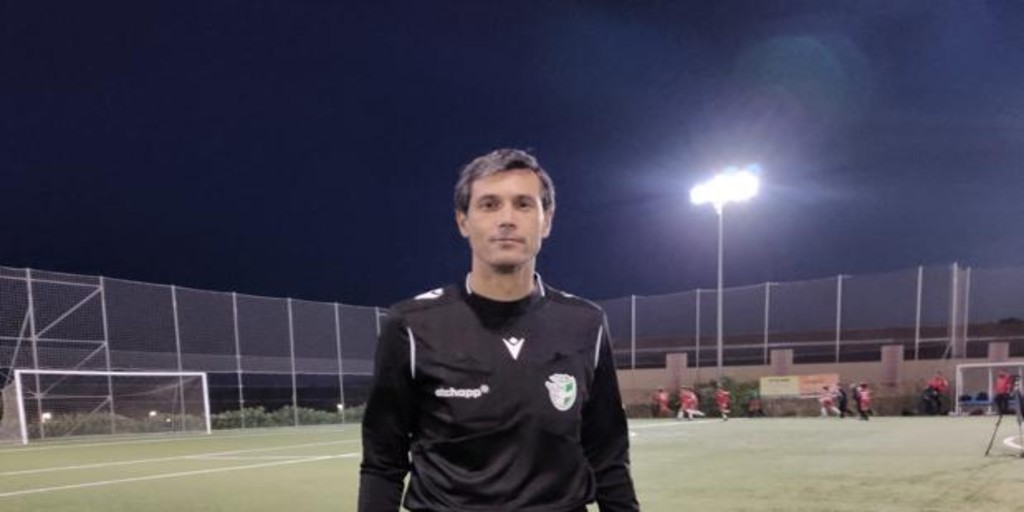 In recent days, several videos of the ‘Referee of peace’, as the Malaga collegiate Ángel Andrés Jiménez is nicknamed, they have been the epicenter of positive and even constructive comments on the not always benevolent social networks. In them you can see this referee chatting openly in a group with the novice players about aspects such as the empathy, respect and companionship. After his speech to the children, he goes to the stands to introduce the parents to the ‘VAR of the fans’: “It is an invitation to the public to follow the principles of ‘see, encourage and respect’In other words, I urge them to have a behavior that favors the fun of the kids and that at the same time encourages their training as human beings ”, Ángel Andrés comments to ABC. «I tell parents not to give the boys too many instructions, because with the ‘Come on, run! Pass it on!’ all they do is harass them and make them nervous. I invite you to simply cheer and clap, ”he continues.

Apart from this peculiar word game aimed at adults, the man from Malaga has also introduced the ‘VAR of honesty’ to young footballers. This initiative tries to get the little ones to openly communicate their mistakes to the collegiate to create a healthy, fair and reciprocal environment. «I can whistle the goal kick, but if the goalkeeper knows that he has touched the ball with his fingers and that it is a corner, let me know, because, as I tell the players, they will feel good doing it. We are used to being called a cheater, smart or alive, but in reality, he is acting dishonestly. We must eliminate this type of behavior and promote just the opposite, “he says.

Jiménez, like the vast majority of those in love with arbitration, began his career in the dirt fields in the middle of his adolescence, a formative stage where receiving insults and threats can often have dire consequences. The one from Benalmádena explains that on several occasions he was afraid and witnessed “Terrible things very difficult to fit and digest”. After leaving the pitch for a period of time, the teacher by profession returned to football in 2006, but this time to whistle in the lower categories. With renewed airs, in this new stage a campaign began to make respect an essential factor in their matches. «I told both teams that if there was a bad atmosphere in the stands I was going to stop the game, because without respect it is impossible to have fun»Indicates. With these actions, he earned the nickname of ‘Referee of Peace’, a nickname that he claims to wear with pride.

After another stoppage that took him away from federated arbitration, Jiménez has once again hung the whistle from the hand of the Platform 090 (Zero violence in 90 minutes), an initiative of the Malaga City Council that proposes a grassroots football free of harmful behaviors, where it has been able to introduce its peculiar versions of the VAR.