The Saxem nights at the Auditori Teulada Moraira 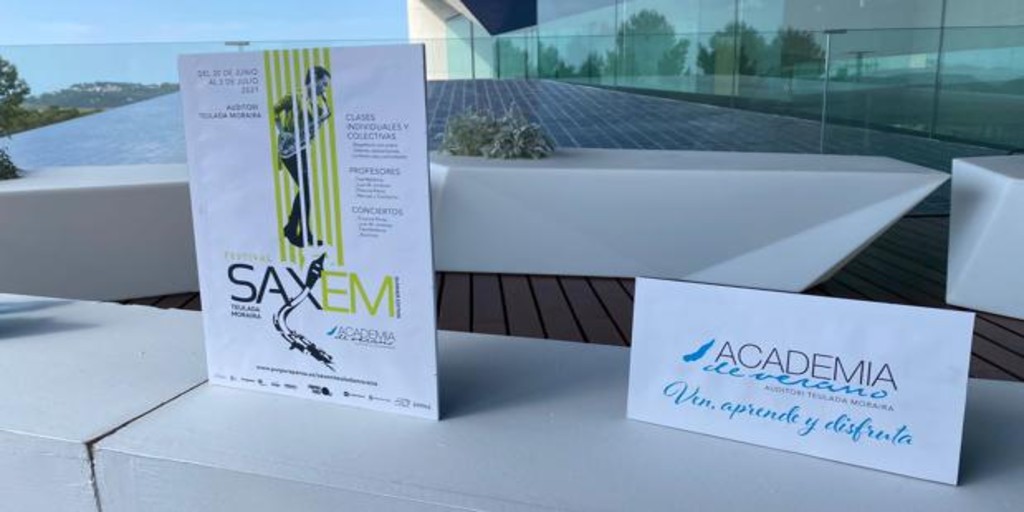 This Festival will feature a series of activities during the four days, not only for those who are lovers, professionals or saxophone fans who have registered, but also for the general public who want to enjoy the Saxem nights at the Auditori Teulada Moraira . Each night a concert will be offered with different themes, styles and artists.

On the night of Wednesday, June 30, the Purple Pansa saxophone quartet will be in charge of opening the Saxem nights with a concert entitled Recitation Book, with a program that “Recites” music by Valencian composers, but also Anglo-Saxon, composed with a lot of “Mimo”, who sings “Tony” and “Bocherini”, and with an architecture in the purest “Palladio” style, in which Purple Pansa saxophone, or rather “Saxophone”, with rhythms and harmonies that will not be indifferent to anyone.

They will offer the concert Flamenco Sketches, with a program that invites you to listen, get to know, enjoy and above all feel the music that revolves around flamenco as an artistic-musical genre, which although it has its origin in lower Andalusia, is universal for all those people who want to get closer way to him.

Through the saxophone a repertoire with multiple influences will be traced without distinguishing between high and low culture, cultured or popular music, classical or contemporary, all this as in the pre-flamenco compositions of the Folias de Marais, the music of the town of Albéniz, the dance in Falla, the fusion with jazz in Iturralde, without forgetting “lo jondo”, the investigation of Sotelo’s cante, Alfonso Romero’s feet and guitar, and Santi Baéz’s vision of Andalusia. The Saxophone as an intermediary medium, a versatile, transversal instrument at the service of art

On Friday the appointment is with the renowned Dutch saxophonist and his Reset concert. His recitals are said to be a bridge between classical, contemporary, minimalist, electronic, drum and bass, funk and soul music. They aim to get rid of labels in music.

The last day of this series of concerts within the Saxem Teulada Moraira Festival, will take place on Saturday, July 3 with the Concert by the Students, and where this edition will be closed.

A closing concert where the musical representation of the work carried out during the SAXEM Festival will be seen where all the students participate showing the great potential they have from those who start with 8 years to those who are in higher education.

The first three concerts will take place at 10 pm, and the one on Saturday the 3rd at 7 pm. Admission is free and limited to the capacity of the room with all the necessary Covid-19 security measures.