the secrets of the Spanish Chernobyl 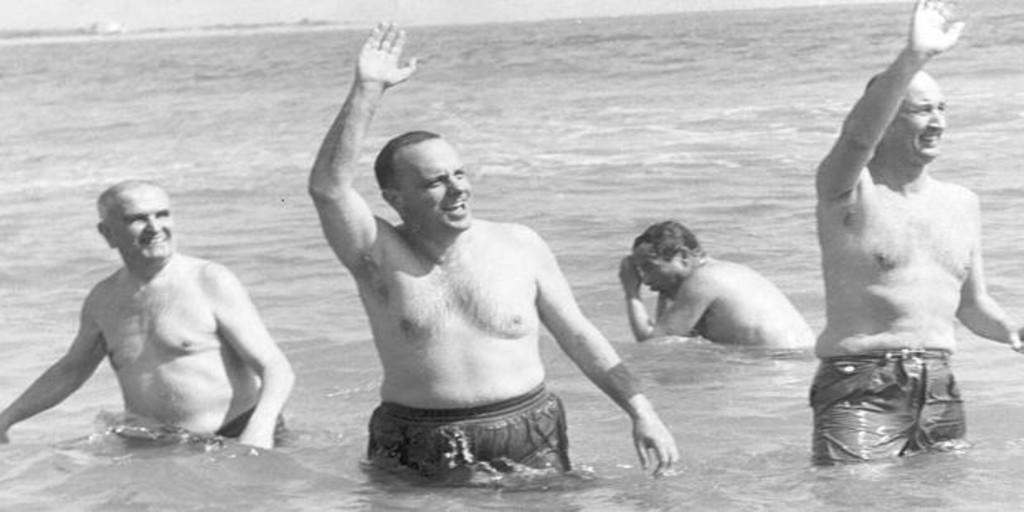 On Palomares There were just over 1,000 inhabitants and there was no electricity or running water in almost any of the homes. Neither televisions. Hence, one of the biggest distractions for the locals of the Almeria hamlet was to see how two planes, in the distance, threatened to collide on a daily basis. They were only refueling, in an American maneuver to threaten the Soviet Union by boasting of its weapons potential that, in the middle of the Cold War, caught Spain in the middle.

‘Palomares. Beach days and plutonium ‘, the documentary that Movistar + premieres tonight at # 0 (22.00), recreates the great impression of the locals when they saw a B-52 from the Strategic Air Command and the KC-135 fuel tanker crash on January 17, 1966 . The explosion was seen for miles, witnesses who had never spoken say. “We thought it was a Berlanga and it is a portrait of skin, of emotion,” acknowledges Fernando Jerez, director of # 0.

In the blink of an eye, Palomares doubled its population and welcomed 1,600 US soldiers, who, upon hearing the key words “red arrow,” activated the nuclear protocol. The accident, which left seven fatalities and four survivors, was worrying, but the urgent thing was what had fallen to the ground.

They weren’t meteorites, but their strength might well have extinguished the dinosaurs. The planes were loaded with four nuclear bombs with 75 times the atomic capacity of those in Hiroshima. One of them did not explode, the other two spread radioactive content throughout the town. Eighty days it took the US Army, together with the inhabitants of Palomares and the collaboration of the Civil Guard, to find the last one. They took this weapon of mass destruction, but could not do the same with the released plutonium. ‘Palomares’ reconstructs, in the key of a thriller, what happened in the search for that fourth hydrogen bomb.

“The story of Palomares is too incredible to be true, so this is the perfect format”, clarifies the director, Álvaro Ron, about the suitability of this hybrid between real interviews and the fiction of the recreations, which were reproduced with total fidelity. “Hopefully this documentary serves to disassociate the image of Palomares with that of Fraga’s bathroom,” asks the filmmaker of the documentary series.

In tune with him is shown Marias recarte, executive producer of 93 Metros, from where the idea was conceived. «A skewed portrait has transcended. We wanted to unravel what was behind the photo of Fraga on the beach, respecting history. Narrative licenses are minimal but they do not depart from the reality of the facts. One of the nuclear bombs was even rebuilt, an atomic weapon photographed for the first time after the catastrophe in the Almeria district.

The documentary series, with four chapters lasting almost an hour, provides declassified information on the radioactive episode, but also unpublished images and testimonies of people who lived through the disaster and still do not know if they suffer its consequences: «It is a people stigmatized by the history, ”Recarte abounds. Rafael Moreno Izquierdo, journalist, Efe correspondent in Washington and author of the book ‘The secrets of the Palomares bomb’, assures that the great novelty of the Movistar + documentary, in addition to the format and duration, is the “Spanish part, with information unpublished like the more than 300 telegrams released by the Air Force and that allow us to know how that moment was lived ».

In the galley of an ABC article published four days later that spoke of “panic of atomic devices in the North American rearguard” the court did not pass any reference to Palomares. For the Spanish reader, a failure in the supply of the North American planes produced the accident. The censorship erased any link between the atomic disaster and Spain, such as the phrase “tragic plane crash in Palomares between a gigantic B-52 nuclear bomber and the mother plane that was refueling it in flight.” In red pencil, the usual method to delimit the information that was erased, references to “strict and brief information on the Palomares plane crash, without details of its possible consequences, were also crossed out.”

In addition to declassified documents, in ‘Palomares. Days of beach and plutonium ‘interviews are broadcast of some involved, such as Larry Messinger, pilot of the crashed B-52 that loaded the four bombs or Marvin McCamis, the pilot of the submarine that found the missing bomb.

‘Palomares’ does not skimp on details. Since Francisco Franco’s reaction in El Pardo when they communicate the seriousness of the matter to Manuel Fraga, Minister of Information and Tourism, who famously took a bath with the American ambassador Biddle Duke on the beach near the town as part of a strategy to minimize the severity of an unprecedented catastrophe .

More than half a century after an accident buried under secrecy and radiation, Brussels has given Spain an ultimatum: it has until the end of 2021 to report the actual nuclear contamination in Palomares today. The documentary, armed with all the declassified material, comes to support this request for transparency.