The six news you should know today, Thursday, August 19 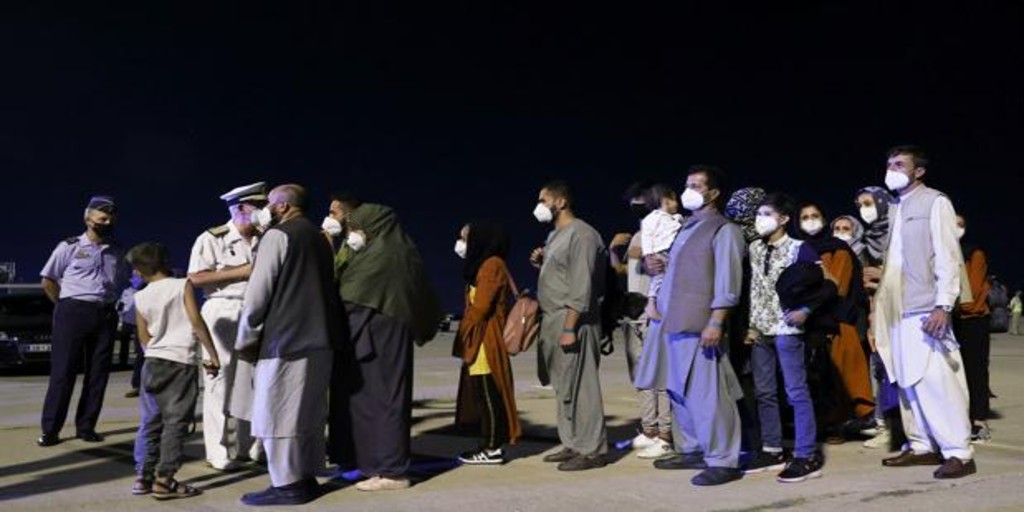 1. The first plane arrives in Madrid with Spanish and Afghan collaborators repatriated from Afghanistan. The A400M plane in which a first group of 55 Spaniards and Afghan collaborators has been evacuated from Kabul has arrived in Madrid at dawn this Thursday. The President of the Government, Pedro Sánchez, has confirmed the arrival of the group in Spain. “The first plane with personnel from the embassy in Afghanistan, Spaniards and collaborators has already landed in Torrejón,” he said on his Twitter account. Late in the afternoon on Wednesday, the group left Dubai in the direction of the Torrejón de Ardoz air base, where they have set up a reception facility with tents and pavilions, in which Migrations is also participating.

2. Education entrusts the related CC.AA with the most ideological contents of the ‘Celaá law’. The Ministry of Education has made the decision to have the autonomous communities before the usual calendar to carry out as soon as possible the curricula of the ‘Celaá law’ of Infant, Primary, Compulsory Secondary Education (ESO) and Baccalaureate. The group of experts from the ministry in charge of preparing the curricula has consulted the different communities about the elaboration of the same (specifically Primary and ESO) and has entrusted at least part of the elaboration of the curriculum to related regions, such as Aragon or Catalonia. of the subject of Mathematics in Primary, which, as reported by ABC, includes the «gender perspective».

3. Only one in three young people in Barcelona is a secessionist. One in three young people from Barcelona considers themselves independent, a figure that, compared to other surveys of the Catalan population in general, shows little vigor of the sovereign sentiment in the new generations. The figure, arising from the latest report of the ‘Barcelona Youth Survey’, prepared by the Barcelona City Council, points out that the number of young Barcelonans (15 to 34 years old) who support the secession only represents 32.9 % of the total. To this day, the option of independence defended by the government of the Generalitat is behind other formulas, such as that Catalonia continues to be an autonomous community, which represents 34.4% of the young people of Barcelona. Behind are those who opt for a federal model (22.1% of the total) or those who want Catalonia to become a region within Spain (10.5%).

4. An avalanche of petitions in the Government’s rescue fund four months after its end. A race against time. That is what the State Society for Industrial Participations (SEPI) has ahead with the Solvency Support Fund for Strategic Companies. Time is running out for the government lifeboat for large companies. The Executive has just four months to resolve the fifty bailouts that crowd the doors of the SEPI, also waiting for as many to be added, especially from the tourism sector, after a marked mid-gas summer by the spread of the delta variant of the coronavirus.

5. From the puncture on the beach to going without an appointment: the measures of the communities to speed up vaccination. Although Spain is one of the European countries with the highest percentage of vaccinated population, it has not achieved the objective that the Prime Minister promised last May. Pedro Sánchez assured that 70% of Spaniards –33 million– would have the complete guideline on August 18. The latest balance of the Ministry of Health reveals that 63.8% – 30,261,332 people – have received the complete schedule of the vaccine, more than six points below, and with about 3 million punctures to go from the goal that was set the Executive. Health yesterday justified this delay with an almost marketing trick by saying that this percentage has been reached in the “target population”, vaccinated at 71.8%. The Minister of Health, Carolina Darias, took advantage of the meeting with the autonomies in the Interterritorial Health Council to urge them to speed up the vaccination campaign.

6. The League seeks stars. The League of the stars, the one that was born in 1996 with the explosion of the Bosman case and the desire to sign in a moment of bonanza thanks to the money raised by television rights, seems to lose part of its international brilliance with the departure of Leo Messi, the star who, along with Cristiano Ronaldo, has focused the Spanish tournament around the world for more than a decade. The image of the Argentine along with Mbappé and Neymar forming a scary trident now catapults Ligue 1, although the French championship is still light years away from the Premier, the epicenter of European football. While English clubs continue to monopolize purchases this summer, Spanish fans are still waiting for signings in a market marked by the crisis. Players such as the Madrid player Benzema, the Atlético Joao Félix or the Barcelona player Pedri appear, for the moment, as their big downloadable pennants.