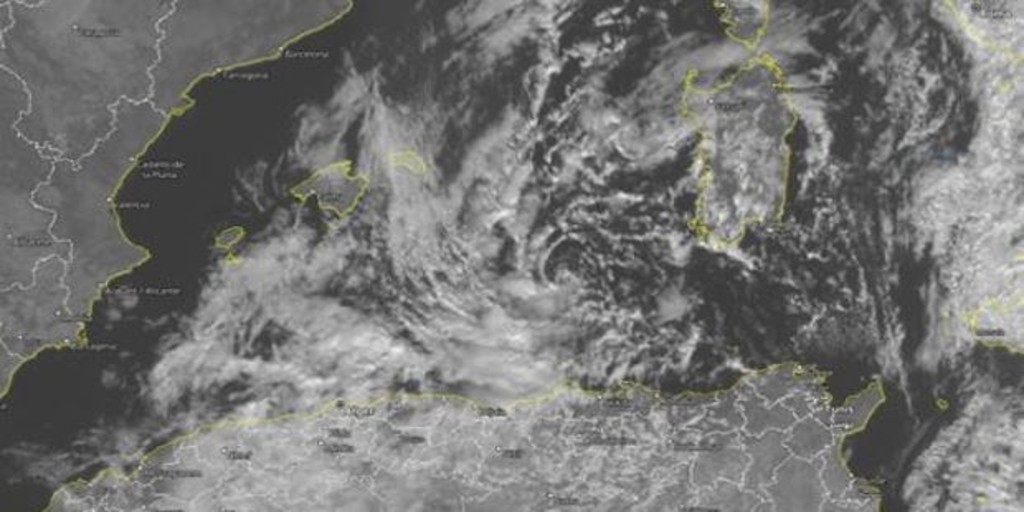 The storm ‘Blas’, which has affected the east of the country during the weekend, it will continue to “complicate” the weather in the Balearic Islands and in the Mediterranean regions While in the rest of the Peninsula, especially in the western half, slightly cloudy or clear skies will predominate, with cold temperatures, as reported by the State Meteorological Agency (AEMET).

The spokesperson of the Aemet, Rubén del Campo, has indicated that in the Balearic Islands the gusts of wind on Sunday exceeded 110 kilometers per hour in the Sierra de Alfabia (Mallorca) and 95 kilometers per hour at Menorca airport, at which bad state of the sea and showers were added that, however, did not reach great intensity.

In the Peninsula, the weekend too very strong gusts of wind blew in the Pyrenees and in points of the Ebro valley. There were winds from the north and northwest that reached 102 kilometers per hour, both in Cerler (Huesca) and in the Bárdenas Reales (Navarra).

With regard to temperatures, he pointed out that they were generally “low for the time throughout the country”, since they remained between 4 and 7 degrees Celsius (ºC) below normal climatological values ​​and the minimum ones left frosts in “wide areas »of the interior.

Del Campo has indicated that the most intense occurred in high mountain areas, as in Cap de Baqueira (Lleida) at 2,400 meters of altitude, where -10ºC was measured, or in Sierra Nevada, at 2,800 meters they reached -9ºC.

Regarding the populated areas, the spokesperson highlights the frosts registered in the central and central moorlands and the -6ºC in Molina de Aragón (Guadalajara) is noteworthy.

For now, he has predicted that ‘Blas’ will stay “a few more days, possibly until Friday” in the western Mediterranean, where it will be isolated from the general circulation due to the high pressure systems, one to the west, which will also leave slightly cloudy skies in the Peninsula and another to the east of the storm.

The spokesperson explains that the entire high pressure center is isolated from circulation and will continue to cause intense winds, poor sea conditions and stormy showers in the Balearic Islands mainly, but that they could also affect the Mediterranean regions of the Peninsula in a weaker way.

In the rest, slightly cloudy skies and no rain will predominate and temperatures will rise in general, but night frosts will continue in the interior of the northern half, although they will already be less frequent and intense than those of the last few days.

Specifically, he hopes that on Tuesday and Wednesday in the Balearic Islands and the Mediterranean ‘Blas’ comes a little closer to Spain so instability in the archipelago will intensify from east to west and locally strong showers will be widespread and persistent on Wednesday and, locally, there will be storms. Thus, it is expected that they will affect points in Catalonia, the Valencian Community and the Region of Murcia and may persist on Wednesday in the northeast of Catalonia, south of the province of Valencia and north of Alicante.

On the contrary, in the rest of the country, slightly cloudy skies will continue to predominate or with some intervals in the northern half, but without rains. Intense winds will also continue in the Ebro valley, in the Pyrenees, Catalonia and the Balearic Islands and there will be a maritime storm in much of the Mediterranean area, both in the Peninsula and in the Balearic Islands. with waves of 3 to 5 meters. The temperatures they will not experience great changes, although they will have a certain downward trend. On Tuesday and Wednesday frosts are expected in mountain areas, in the east of the northern plateau and in central moorlands.

As for Thursday, probably It will be a day similar to the previous ones in the Balearic Islands and the Mediterranean, with locally strong and persistent rains and showers especially in Mallorca, Ibiza, eastern Catalonia and an area between the south of the province of Valencia and north of that of Alicante. In the rest of the Mediterranean area, frequent and intense showers are expected.

The same situation will remain in the rest of the Peninsula: no rain and slightly cloudy skies, with strong winds in the northeast and in the Balearic Islands during the last three days of the week.

At the weekend the thermometers will rise progressively, the night frosts will subside and the environment will be milder during the day.

Regarding the Canary Islands, Del Campo indicates that the Trade winds will weaken and turn east, which could lead to an increase in suspended Saharan dust (haze). They will have cloudy intervals in the north of the more mountainous islands and some light drizzle there and cloudy intervals in the rest. Temperatures will remain unchanged.