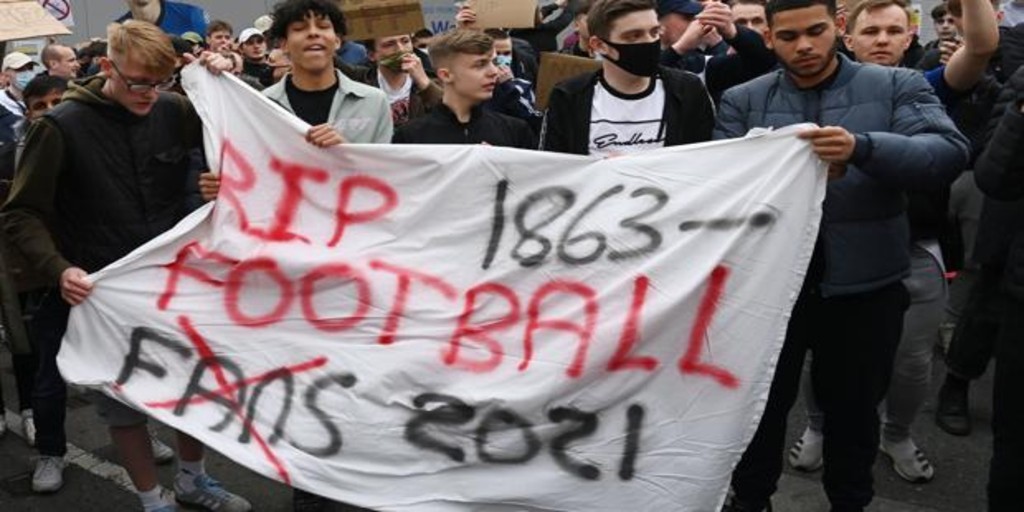 10.50Boris Johnson Response
The English prime minister applauded the withdrawal of his country’s clubs from the Super League. I applaud last night’s announcement. This is the right result for fans, clubs and communities across the country. We have to continue to protect our beloved national game.

10.40Liverpool, first to ask for forgiveness
Liverpool’s squad were the first to position themselves against the Super League as a block: «We don’t like it and we don’t want it to happen. This is our collective position. Our commitment to this club and its fans is absolute and unconditional. Keep reading

10.30Piqué points to Florentino
The azulgrana, who spoke once the withdrawal of the English clubs was consummated, charged against “the Florentino beach bar” and forgot about Laporta. Keep reading the news.

10.17A ridiculous world
Football moves everything and 12 sharks set out to stand up to the power of UEFA, convinced that their shields, and their bank accounts, weighed more than any other argument. Keep reading the article.

10.15From UEFA
The UEFA President, Aleksander Ceferin, welcomed the news that more clubs have pulled out of the closed league spinoff project. “I said yesterday that it is admirable to admit a mistake and these clubs made a big mistake. But now they are back in the fold and I know they have a lot to offer, not just to our competitions, but to all of European football. The important thing now is that we move on, Let’s rebuild the unit the game enjoyed before this and let’s move forward together. Keep reading the news.

10.00In Italy
Not only English clubs have taken a step back, they are also thinking about it in Italy, Inter and Milan.

9.30Official statement of the Super League
After the departure of the English clubs, Manchester City, Manchester United, Chelsea, Liverpool, Arsenal and Tottenham, the rest of the teams debated about the possible modifications that the project could have to continue in it. Real Madrid, Fútbol Club Barcelona, ​​Atlético de Madrid, Juventus, Inter Milan and AC Milan, after a long meeting, seem determined to try to go ahead with a project that they consider to be within the law and necessary to reform a system that “does not work” and needs “stability.”

9.00The Super League is dying
Just 48 hours after the announcement of its creation, the contrary reactions of the fans and the threats from organizations such as UEFA or FIFA have made the project stagger, with several English teams already confirming their departure, such as City, and others who doubt. Keep reading the information here.