The technique to make the perfect French omelette: firm and juicy


Could there be anything simpler than making a omelette? It is one of the most recurrent dishes when we want to prepare a quick and nutritious lunch or dinner, not only for taking advantage of the benefits of the egg, but also for its apparently easy execution. However, these days the biochemist and nutrition specialist, María Hernández-Alcalá Pérez, wanted to share the formula of her mother and co-founder of Futurlife21, Elena Pérez, who in addition to being a biochemist and molecular biologist is also a specialist in food and applied nutrition.

This week they both got to work in the kitchen (Elena, mother, cooking and María, daughter, broadcasting that moment) to explain through the account of instagram from Futurlife21, which already exceeds 390,000 followers, what are Elena Pérez’s tricks to prepare a perfect French omelette, not only because of its texture (firm on the outside and soft and juicy on the inside), but also in terms of flavor.

The reason why they decided to share this “family secret” (it is a recipe that Elena learned from her mother, as she explained during the recording of the video) is that there are already hundreds of followers who have asked what is the technique with the that they get that tender and juicy result in Futurlife21 every time they share a recipe in which a French omelette appears. «It may seem like the biggest nonsense in the world, but I haven’t tried tortillas in my life and like Eleni’s there aren’t any, I promise. You ask me a lot about a video of her doing it, so I’ll leave it here, do not miss a detail of the technique and please, do it like this, and you will see the difference “, Hernández-Alcalá explained when sharing the video.

Thus, in a short but didactic video, the Futurlife21 co-founder explains some of her simple tricks and a very personal technique to prepare the omelette on Instagram. The first of these is, according to assures, to make sure that when beating the eggs (2 eggs, in this case) they are not too mixed or beaten but that they retain small “bits”. Then he explains that a drop of olive oil should be added to the pan (it should be non-stick) and when the oil is hot it will be time to add the egg. It is then when the time comes to apply the specific technique to which the followers of Futurlife21 refer, as the nutrition expert advises to move the egg with a spatula (preferably silicone, so that the pan is not damaged) doing it with circular movements and slightly enveloping until we check that it sets to our liking.

The tortilla is then closed to one side, wrapping the whole. And so, as described in the video by his daughter, María Hernández-Alcalá, the tortilla remains “perfectly done or curd but soft inside.”

Elena clarifies, however, that if we like something more curd, it can be left a little longer in the pan, but once it has been wrapped. “Many times what we do is we put a beaten egg in the pan and leave it there. This causes it to roast and the flavor changes completely, ”he reveals.

To eat healthy, you have to cook!

In addition to sharing the recipes from their two books on a daily basis, the Futurlife21 co-founders are strong advocates of “batch cooking” and the use of frozen vegetables and fruits, not only to eat healthily, but also to reduce food waste. «Deep-frozen vegetables can in some cases have more properties than fresh ones, as they are harvested at their peak of ripeness and are immediately taken to the factory, where they are washed, packed and deep-frozen; while some fresh vegetables and fruits are ripened in trucks or in warehouses, on the way to the places of sale, ”Hernández-Alcalá explained recently on ABC Bienestar.

When it comes to cooking, the Futurlife 21 experts propose to practice “batch cooking” so that in an intense cooking session we can propose some basic preparations (“futur basics” such as pepper ratatouille, zucchini and onion; fried homemade tomato , stews and vegetable broths, poached and golden onion or vegetables in bars) that later allow you to prepare healthy dishes quickly during the rest of the week. An example is having a frozen ratatouille made with pepper, zucchini and onion. “Once you thaw it, you can use it as a base to prepare a delicious dish to which you can add eggs, or fish or chicken,” he explains.

If you have frozen vegetables on sticks (carrots, peppers, onion, leek and celery), he proposes to throw them in the pan and fry them and then add some chicken or fish as well.

He also proposes to always have a varied mix of frozen vegetables on hand. “You can make a flavorful cream of vegetables without defrosting them. They are thrown directly into the pot, “he says. 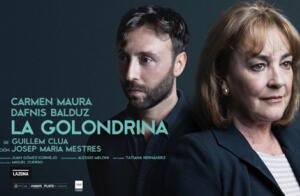 Outstanding day of «Aifos», who won one of the two sleeves of the Copa del Rey Mapfre