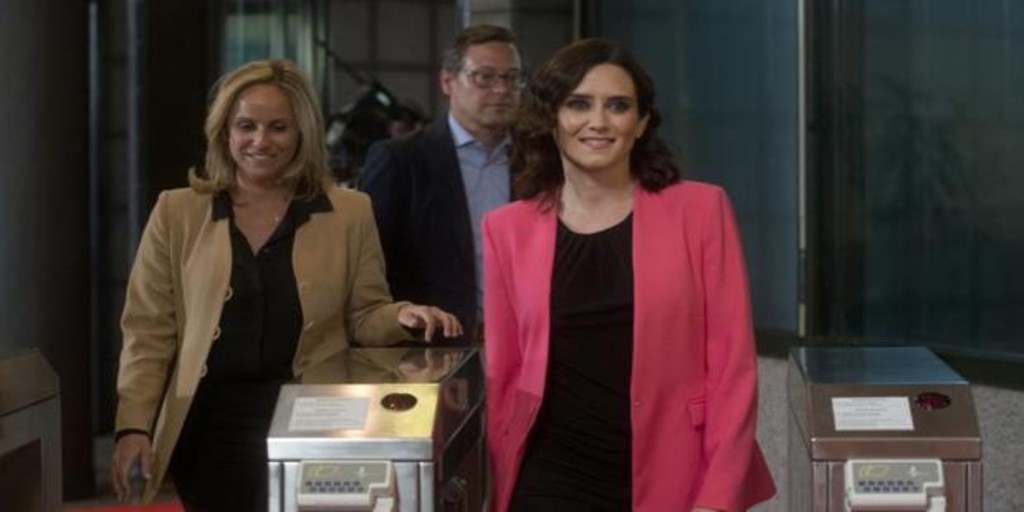 The six candidates for the 4-M elections are going to face one of the most crucial debates tonight. They will do it without a mobile phone – they will not be able to have any telematics device on the set– and supported only by two advisers, who will be the ones who can accompany them, give them prior instructions or take advantage of the six minutes of the only advertising break, in the middle of the debate, to give them advice or suggestions on it.

The candidates have chosen, for this moment, their closest people, who know them best and they can serve as a guide on how to conduct the discussion. In the case of the president Isabel Diaz Ayuso, PP candidate for reelection, by his side will be his campaign manager, Alfonso Serrano, and his press officer, José Luis Carreras.

A similar scheme is the one that you will follow Angel Gabilondo, the PSOE candidate for the Presidency of the Community of Madrid. In this case, the person in charge of the campaign will be at your side, Monica Carazo, and his press officer, Manuel Delgado.

Citizens new candidate, Edmundo bal, deputy spokesperson for the orange formation in Congress and very accustomed to public debate, from the rostrum of the national Parliament. Next to him you will have your number three on the list, Cesar Zafra, and an advisor.

Monica Garcia, the candidate of Más Madrid, is going to surround herself with her campaign manager, Pablo Gómez Perpinyà, and his press officer, Maria Jose Benavente.

In the case of Vox, Rocío Monastery She will be accompanied by her campaign manager and vice-secretary of communication for Vox in Madrid, Santiago Ribas, together with his press officer, Paula Diaz. Santiago Abascal, director of the campaign, will not be on Telemadrid tonight.

By last, Pablo Iglesias, the most experienced in conducting televised debates of those participating in tonight’s, possibly has his two trusted men by his side: Manu Levin and Isa Serra.

The candidates have today reduced their campaign agendas almost to a minimum, to be able to concentrate with their teams in the preparation of the debates: arguments and counterarguments to respond to the opponents.

Díaz Ayuso, for example, prepared above all to count on facts and figures to support your claims. She will defend her two years in office and refute the criticisms that, she is convinced, will rain on her tonight in a kind of “Ayuso-rest of the world” party.

Ángel Gabilondo closed the day’s agenda to dedicate himself entirely to preparing the debate. After six years in the Community of Madrid, their knowledge of the topics to be covered is broad, and his ability to explain himself in a didactic way is highly accredited, although he will have to fight for the need to specify the messages.

Edmundo Bal has even had time to make a video in which, with his tie on the table, he explains that he is looking forward to the debatee to be able to explain their proposals for Madrid. Surrounded by folders, in which he writes down – he usually does it by hand – his messages and the data that he is going to use, he uses his experience as an opponent of the State Attorney to prepare the issues.

Mónica García wants to focus on the “politics of what is important” and on making a «productive debate, in which we all enjoy politics with enthusiasm and with a lot of work ».

Pablo Iglesias is sure of it, due to his previous experience in televised debates. And he is convinced that this may mark a new start of the campaign. “It is not that we are good at the debate, it is that people listen to us directly,” he said yesterday.