There is no transparency in European funds according to Na +, Bildu and IU 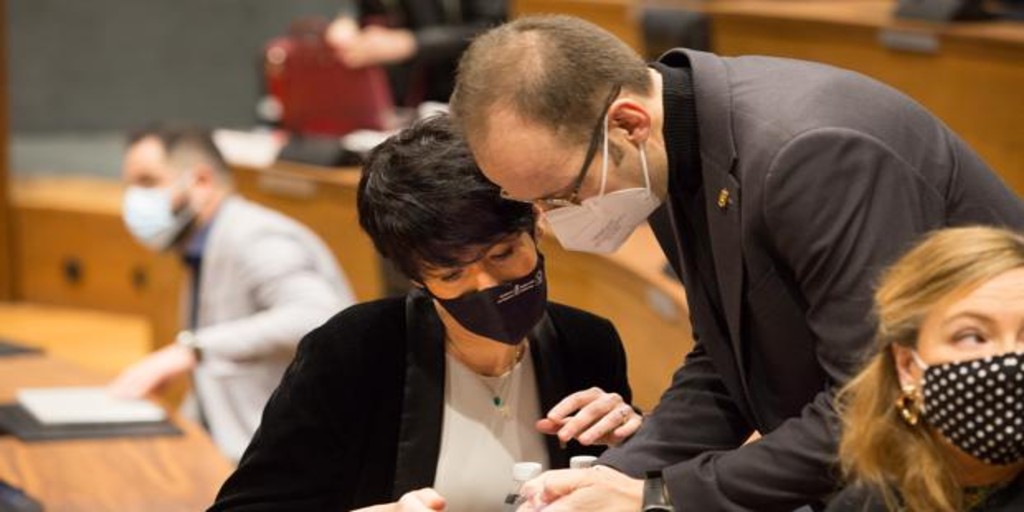 The parliamentary groups of Navarra Suma, EH Bildu and Izquierda-Ezkerra have stated this Monday that “there is no transparency” around the management of European recovery funds in the face of the crisis Covid-19 and with those who Navarra wants to finance 125 projects. In fact, Navarra Suma and EH Bildu have censored that they have requested the Government for information related to these projects without receiving a response and eh Bildu has already requested protection from the Presidency of the Parliament of Navarra.

At the end of the Table and Board of Spokespersons of the Provincial Parliament, the Navarra Suma spokesperson and UPN president, Javier Esparza, has criticized “the obscurantism and lack of transparency of the Government of Navarra in relation to the management of the funds “and has criticized that, despite requesting data related to the projects and their amount, the Government does not provide them.

“On Wednesday, October 28, President Chivite announced that the Government anticipated the launch of 125 projects for 3.4 billion. We have requested in writing the list of those 125 projects and the response that the vice president gives us Javier Remirez it is that they cannot give them because the projects are at different levels of maturity. It seems to us that giving us a list of the projects was the most logical and easy, “he said, to criticize that this situation” is becoming a way of doing politics by the Government, “he said.

The PSN spokesperson, Ramón Alzórriz, He has not shared these reproaches and has denied that there is a lack of transparency. “What must be valued is that there is a Spanish president, from PSOE, that it’s called Pedro Sanchez, which, contrary to what happened in the previous crisis, knew how to understand and read the importance of bringing European funds to Spain. I do not understand that there is a lack of transparency, it is being done in common with the European Union and you are talking to Autonomous communities to convey to them how those funds should be managed, “he said, to consider that the criticisms are” a falsehood that is permanently putting the right of this country on the table. “

The Geroa Bai spokesman, Uxue Barkos, has trusted that the requests for information presented by the groups will be met and has indicated that “it is essential that the management of these funds is done with information.”

However, he pointed to the “complexity of enormously large aid in a short period of time” and explained that it was a decision of the EU that the responsibility for this management rests with the States. “I share that the lack of information and much less the lack of transparency can never be a problem in this matter,” he indicated.

The EH Bildu spokesman, Bakartxo Ruiz, has demanded “transparency by the Government of Navarra“and has explained that he has requested protection President of the Parliament of Navarra, Unai Hualde, noting that the Provincial Government does not respond to certain requests for information made since November on the projects presented to these funds. “The Government, in a rather shameful way, is making a mess by saying that there is too much volume to send it, that there are no such files, and it sends the strategies that are already public and are posted on the Government’s website. Absolute transparency is necessary “, has said.

On the other hand, it has asked the provincial government to defend before the State that “Navarra it has to have capacity beyond the common system communities to have direct access to European funds “.

The spokesperson for Podemos, Mikel Buil, has stated that “there are many uncertainties at the European level” regarding the recovery funds and has assured that “at the state level and here a series of multi-million dollar projects have been presented.” “As much as we push for the funds to be managed by local entities and SMEs, we still do not have the distribution criteria. We cannot confuse a lack of transparency with a lack of information,” he said.

Finally, the IE spokesperson, Marisa de Simón, has expressed its “great concern for the fate of the billions that will reach the Spanish State, they are still not explicit about the distribution criteria.” “We fear that these European funds are designed to be delivered to private companies and we are concerned about the outsourcing of the management of these funds. We are in a context of massive indebtedness of the State to transfer public money to private companies,” he said, to ask for a tax reform that increases own income, taxing more companies through the Corporation tax.

Marisa de Simón has considered that “there is a total lack of transparency since the European Union, which is who is managing the conditions of these European funds, and we also believe that the State Goverment it is not being transparent enough on this issue. “