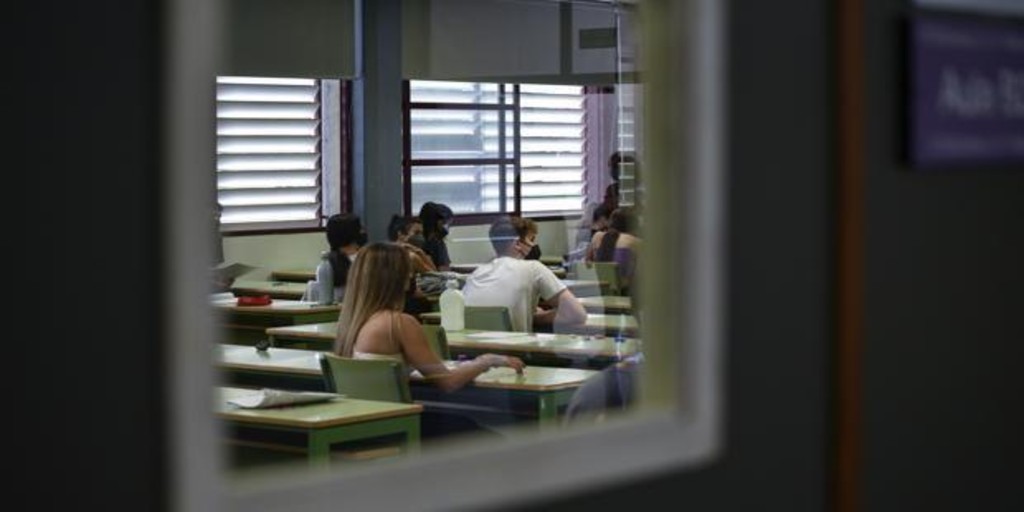 The correction of exam dePhilosophy carried out by court number 14 in the University Entrance Exams (PAU) in the Valencian Community and which was appealed by more than a dozen institutes, after ninety percent of suspensions, has been nullified considering that there was a “Incorrect application of the criteria”.

This is clear from a report from the Department of Philosophy of the University of Valencia requested by the PAU Management Commission and addressed to the coordinator of the tests, as Europa Press has learned.

In it, after reviewing the evaluations made by the first editor of the Philosophy exams, as well as the revisions made by the authors of the second corrections, it is verified that the results of the first and those of the second offer «a significant disparity, in many cases well above the two points that would justify a further review.

The Low grades, which in most cases did not exceed 3, which were detached from the original correction of the court led to up to ten public institutes in Valencia and two other regions and one arranged will request the challenge of the notes. In fact, ninety percent of the candidates failed, all of them with very low marks.

As a result of this, a new proofreading. After having examined them, it is ruled that the latter “adhere to the criteria established for the evaluation of the Philosophy test.” Criteria that were known to all the teaching staff involved and whose application to the examination of this call were discussed with the evaluators in a meeting held on June 11.

Despite this, it is concluded that the first corrections «do not show a consistent pattern in the application of the criteria ”. “In some cases they seem to respect them, in others they move away from their compliance and give the impression that they have been carried out arbitrarily. On the whole, the marks it gives are much lower than you might expect. So much so that the realization of the arithmetic mean with a second and even a third correction would not sufficiently repair the error made ”, it is observed.

The resolution refers to article 10.2 of Royal Decree 310/2016, of July 29, which regulates the final evaluations of Compulsory Secondary Education and Baccalaureate, which not only establishes the procedure to be followed in correcting the exams subject to request for review, but also that “the evidence that is the subject of the claim shall be reviewed to verify that all issues have been assessed and they have been so with a correct application of the general evaluation and specific correction criteria, as well as the verification that there are no material errors in the process of calculating the final grade ”.