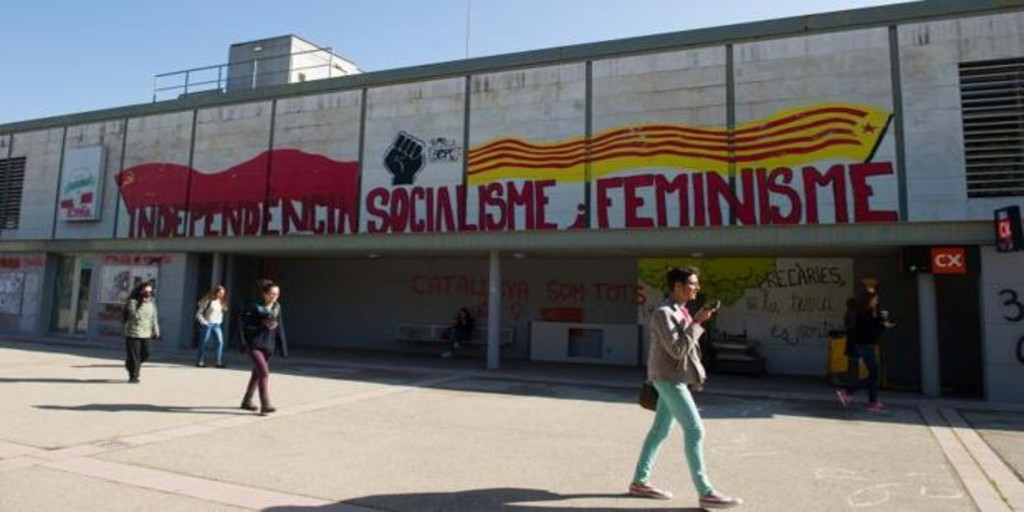 With the intention of promoting the complaints of those university students who detect an unannounced change from Catalan to Spanish in the language of teaching use or who perceive a low presence of Catalan in undergraduate, graduate and master classes, Platform for the Language, an entity dedicated to the promotion of Catalan and controversial over the conduct of studies of incognito linguistic uses in school yards, has set up a web page through which students can present their complaints and refer them to universities so that language services take note and resolve the situation.

The intention is, according to the promoters of the initiative, “to promote the use of the autonomous language in universities, especially in some studies and master’s degrees, where Spanish has been gaining ground in recent years.” The Web
https://www.launiversitatencatala.cat/is part of the campaign
“The university, in Catalan”, advanced yesterday by this newspaper and in which the National Federation of Students of Catalonia (FNEC) and the Union of Students of the Catalan Countries (SEPC).

“We will see that there is no witch hunt”

Thus, students who have a complaint and go to this website must fill a form in which, in a first step, they are urged to identify yourself with names and surnames, email and university; In a second phase, they are asked the Faculty in which the events occurred, the studies affected and the type of complaint, and, finally, they are directed to the section of their university where they must formalize their complaint.

«The name of the professor is not requested but they can get to him knowing the studies and the Faculty. We will be attentive to what happens so that there is no witch hunt, “constitutional teachers specify in statements to this newspaper.

On the web you can read a statement in which the signatory entities confirm with figures the situation of Catalan on campus and in addition to asking students to report changes in the teaching language, they also urge them to denounce “a lack of offer of subjects in Catalan in bachelor’s or master’s degree studies”.

They also urge the rectors to reinforce their commitment to Catalan after verifying «A relaxation in the linguistic consciousness of the university staff and a perpetual inaction of the university government teams ». In this sense, the promoters of the manifesto ask that “be carried out policies to encourage Catalan in the classroom, with the aim of increasing the percentage of subjects offered in this language, so that all degrees and masters offer 60 percent of teaching groups in Catalan, prioritizing 80 percent for degrees ».

“We know that internationalization is important, but we do not see that it has increased the number of subjects in English. In recent years the number of hours taught in Spanish has skyrocketed, and we are convinced that this, far from being a consequence of globalization, is rather a reflection of current Catalan society, where Catalan has been relegated to second place in almost all the skills of everyday life, “he says. Diego Solà, spokesman for the Language Platform.

The defenders of Catalan also claim «A minimum level of entry to the recruitment of university personnel to ensure a complete understanding and communication in Catalan of the Teaching and Research Staff (PDI) and the Administration and Services Staff (PAS) ».

The campaign of the Catalan NGO, which this newspaper reported yesterday, aims, according to sources from the entity, «Sensitize students to the rights of Catalan speakers in Catalonia, the Balearic Islands and the Valencian Community».

The Generalitat, with the complicity of the rectors of public universities, has outlined a plan to make Catalan the hegemonic language in universities (used in 80 percent of undergraduate and graduate studies). A few weeks ago, the council and the twelve public universities also approved that the use of languages ​​be controlled for the first time in university teaching. Specifically, they proposed to carry out a semester monitoring to ensure that the subject is taught in the language that appears in the teaching plan. This new offensive to ‘Catalanize’ the campuses coincides with the order of the Government of not claim the B2 level of English requirement to undergraduate students.