They destroy the jaw and teeth of a man in Barcelona shouting “fags out!” 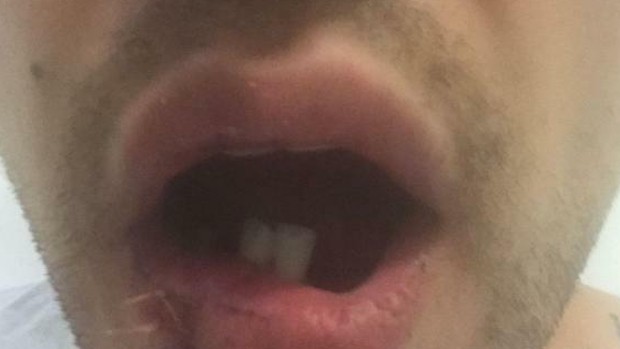 They hadn’t seen their friends for a long time and decided to meet up in Barcelona on Saturday night. Two pairs of homosexual boys and a third made up of a man and a woman. The six sitting in a circle on the Somorrostro beach in Barcelona. It was just after ten at night. Five individuals approached them and surrounded them. “Fags, out, fagots of shit!” They yelled at them and began to spit at them, according to what Paco’s aunt, one of the victims, told ABC.“They did not exchange a word or know them at all,” insists Nora, with whom her nephew and his partner live.

According to his account, one of the four friends was kicked in the head in the back and continued with the other three, without touching or addressing the heterosexual couple who could not defend the rest. The worst part was Paco, 34, who was kicked in the face, smashed his jaw and teeth, in addition to breaking an eyebrow. He was left unconscious on the sand while his friends, all with injuries, called the police and the attackers fled. They were armed and looked Moroccan, says Nora after speaking with her nephew.

The aggressors they let the members of the heterosexual couple go but attacked the four gay men. One of the couples went to the nearby Hospital del Mar and subsequently filed a complaint with the police. Meanwhile, emergency teams treated the other couple at the scene of the incident, one of whose members was taken to the hospital with a maxillofacial tear. This young man, who has lost almost all his teeth, underwent emergency surgery yesterday.

The Mossos have opened an investigation into the homophobic aggression, although the attackers have not yet been identified. Eugeni Rodríguez, president of the Observatori contra l’Homofòbia (OCH), has denounced that that day there were two other attacks on gays in Barcelona.

Nora can’t believe what happened. He says that his nephew had to break his gums to be able to insert some teeth and hold them with a wire. “They didn’t hurt anyone. They were talking on the beach, in a circle. The worst thing is that there was another group of about ten people very close and they neither helped them nor called the police, “he says. Paco and his partner live with her in Terrassa and are in the process of registering as a common-law couple.

“They have had to give him many stitches and the doctor has told him that for at least a month he can only drink liquids. He is very scared, as well as in pain. He is afraid that they will come back for him«, Says the woman on the verge of tears. Several associations, including the Observatori, have made themselves available to the victims and have provided them with legal and psychological help. »We are very grateful for that response but we do not understand how something like this could have happened. It’s out of hatred, nothing more.