They found, by chance, the remains of a coelacanth the size of a white shark 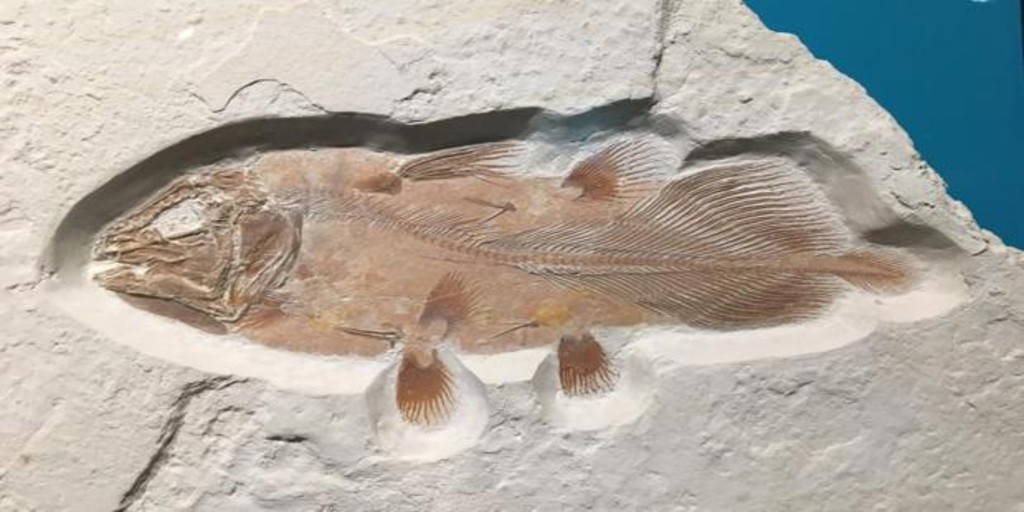 Fossil remains of a huge fish over five meters long, the size of a white shark, have been discovered by chance by a team of researchers from the University of Portsmouth while trying to identify a large bone in a private collection in London. .

The researchers, who realized that it was the fossil lung of a huge fish, determined that it is a hitherto unknown species of the order of the coelacanths, Lungfish whose oldest remains are about 400 million years old, which later coexisted with the dinosaurs, surviving their extinction, and which were believed to have disappeared until a living specimen was found in 1938 on the coast of South Africa.

The 66 million-year-old lung belonged to the largest specimen ever found among all the coelacanth species. In an article just published in Cretaceous Research, The researchers note that it shared the world with the dinosaurs at a time when they were already close to extinction.

A matter of luck

The discovery was purely fortuitous, and came when Professor David Martill, a paleontologist at the School of Environment, Geography and Geosciences at the University of Portsmouth, was asked to identify a large bone from a private collection in London.

The collector had bought the specimen thinking that the bone in question could be part of the skull of a pterosaur, a flying reptile that thrived in the Jurassic and lived until the great extinction of the Cretaceous, when a 10 km asteroid collided with Earth and ended the reign of the dinosaurs and wiped out about 75% of all life on Earth. But Martill discovered that it was not actually a single bone, but was made up of many very thin bony plates.

“Those plates – explains the scientist – were arranged in the shape of a barrel, but with the boards in circles instead of top to bottom. And only one animal has such a structure, and that is the coelacanth: we had found a bony lung of this extraordinary and strange looking fish. “

“The collector,” Martill continues, “was very disappointed not to have a pterosaur skull, but my colleagues and I were excited because a coelacanth had never been found in the phosphate deposits of Morocco, where this fossil was from, and this was it! a huge example!

To identify the fossil, Martill sought the help of the prominent Brazilian paleontologist Paulo Brito, of the State University of Rio de Janeiro, who has been studying coelacanths for more than 20 years and who was very surprised by the size of this new specimen.

The fossil had been embedded in a block of phosphate, lined with plaster and covered in a lacquer plate, which caused the bones to turn brown. It was found in Morocco together with a pterodactyl that proves that it lived in the Cretaceous, about 66 million years ago.

Longer than a surfboard

The abnormal size of the lung allowed the scientists to realize that they had found a surprisingly large coelacanth. They calculated that it could have measured more than five meters, much greater than the current coelacanths, whose maximum length does not exceed two meters. It was actually the same size as today’s great white sharks.

“We only had one lung,” explains Martill, although huge, so our conclusions required a series of quite complex calculations. It was amazing to deduce that this particular fish was really large, much longer than a surfboard and probably the largest coelacanth discovered so far “.

Coelacanths first appeared on Earth about 400 million years ago, 200 million years before the first dinosaurs, and have survived to this day. Now, the fossil will be returned to Morocco, which will add it to the collections of the Department of Geology of Hassan II University, in Casablanca.