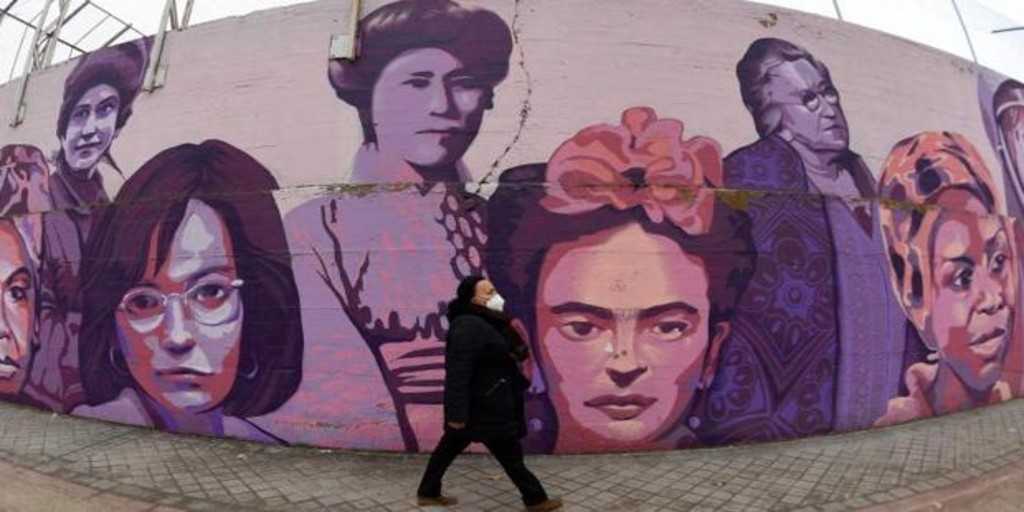 A controversial new chapter looms over the feminist mural of Ciudad Lineal. This Monday, coinciding with International Women’s Day, has dawned vandalized by a group of strangers. Thus, the protagonists, such as Frida Khalo, Gata Cattana, Nina Simone, Liudmila Pavlichenko or Federica Montseny, among others, have appeared covered by black paint. In the image, denounced by the spokesperson for Más Madrid at the Madrid City Council, Rita Maestra, there are also several abandoned containers and rollers.

“I demanded by letter to Almeida to protect the Ciudad Lineal mural after threats from the extreme right. This is how it dawns today. Machismo grows with the complicity of those who whitewash it. Today more women, stronger, more feminisms, more # 8M than ever “, Maestre wrote about the act of vandalism in the mural located on one of the exterior walls of the municipal sports center of La Concepción.

By letter I demanded that Almeida protect the Ciudad Lineal mural after threats from the extreme right. This is how it dawns today.
Machismo grows with the complicity of those who whitewash it.
Today more women, stronger, more feminisms, more # 8M never. pic.twitter.com/Q7ElORaEaR

The Ciudad Lineal has not been the only work that has suffered acts of violence. The City Council of Alcala de Henares announced yesterday that it will restore the vandalized feminist mural at dawn on Sunday while the Local Police were already looking for the perpetrators of the events, as the Mayor of Complutense, Javier Martínez Palacios, informed Europa Press.

As explained by the councilor, the act of vandalism occurred with the paint balloon launch, that stained the faces of María Zambrano, philosopher and writer; Isidra de Guzmán, the first woman with a doctorate in Alcalá; and the deputy in Congress during the Second Republic Clara Campoamor, promoter of the female vote in Spain.

«Who can feel threatened by these historical women. We are going to restore the integrity of the mural because the city is committed to the fight for equality and we will continue to vindicate the historical figures of our history as a city “, stressed Rodríguez Palacio, who explained that the mural had been made by local artists and school of Alcalá.

In fact, last Friday, the first mayor of Complutense visited the mural ‘Women changing the world’, incorporated into the Manuel Azaña Auditorium and made by six local artists to commemorate International Women’s Day. There he stated that the mural is a reflection of the struggle “so that no woman is erased from history.”

8-M: no large mobilizations in Madrid

This 8-M will be marked by the prohibition of mass mobilizations in Madrid, while in the rest of Spain it will be held without large groups, as in previous years, which have been replaced by street rallies with capacity restrictions or security protocols against coronavirus.

Until Sunday, the feminist organizations of Madrid maintained the hope of being able to celebrate this day as they had planned, after having appealed the decision of the Government Delegation of the community to prohibit the events called for 8M. However, the Superior Court of Justice of Madrid (TSJM) rejected these appeals and has maintained the prohibition claiming that, in these cases, the right to assembly conflicts with constitutional values ​​such as public health.

Faced with this situation, the main convening organizations have decided to adapt to the circumstances, as Ep. The Feminist Movement of Madrid will use as a strategy to reduce the capacity of its actions, since less than 20 people are not considered a concentration. “There will be many women on the street singing and shouting feminist slogans,” explained the activist of this entity Loreto de la Carrera.