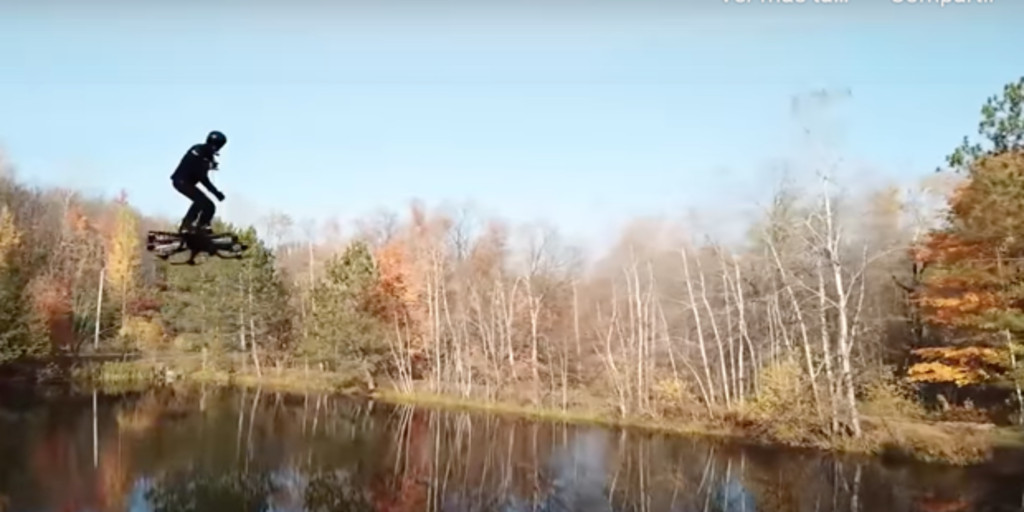 More and more companies are presenting flying vehicle prototypes, but none that can use ordinary mortals have yet hit the market, until now. One of the most used resources in futuristic films, beyond the car, are hovercraft, a kind of flying scooter with which to move quickly from one end of the city to another. Well, this model has crossed the screen and is almost ready to go on the market.

The Omni Hoverboard is the proposal of Catalin Alexandru Duru, a very simple skateboard with which you can fly. East canadian held a demonstration in the middle of Times Square, downtown

New York, surprising all passersby who did not know if they were watching the filming of one of the Marvel movies or the immediate future of flying personal vehicles.

A man surprised everyone by flying in a glider over #TimesSquare in #New York, which reminded us of the iconic villain of #SpiderMan 👀

This scooter is rather a platform made up of eight rotors at the bottom that lift the pilot and an Arduino board to record the throttle inputs and communicate with the machine’s electronic speed controllers. What has not been included in this model is a stabilizer that controls the flight, so it all depends on the skill of the skater and the balance he has. The speed is controlled through a control that he carries in his hand. Unlike other devices, such as the FlyBoard Air, this design has hardly any complex technology.

This curious invention has earned its creator to enter the Guinness Book of Records by becoming lThe person who has spent the most time on a hovercraft in a flight, more specifically, the pilot traveled 275.9 meters.

At the moment the Omni Hoverboard is being used for shows and sporting events, but the ultimate goal is to launch it on the market, yes, it would need some changes since, currently, It poses many security concerns for a common user unfamiliar with these types of gadgets. It could be said that it is more focused on the extreme sports sector than on mobility. In principle, the target market will only be that of trained pilots or people with aviation experience.

What hasn’t been talked about is how much this flying skateboard will cost, but it sure won’t be cheap. Nor have data been offered on what maximum speed it can reach or what its autonomy is.