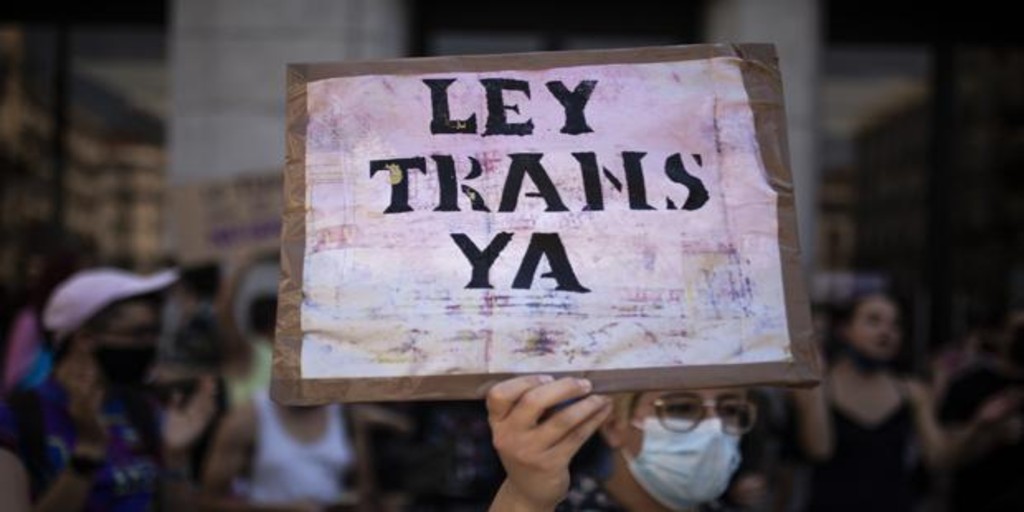 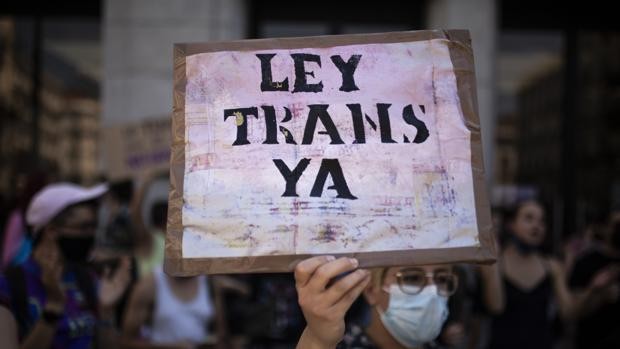 Finally, the draft of the Trans Law will be approved this Tuesday, being possible the change of sex with a waiting period of three months from the first request, opening to minors without the need for a medical report and the minimum age being set at 14 years. With an elusive and confusing terminology, full of frivolous chiaroscuro, the writing of some precepts unfolds in an indomitable vein of identity: to say that transsexuality is not a disease, the “depathologization of the transidentitary experience” is affirmed. Its ideological and radical cenacle character is also evident when the parents are not mentioned even once (do they not exist?) In the articles: why deny reality, that is, that the vast majority of minors They live with their parents and are they the ones who exercise their parental authority and guardianship? However, there will be no possible reconciliation between two branches of feminism, as noted in the demonstrations last weekend, where the feminist sector contrary to the Trans Law has been critical, assuring that gender self-determination “threatens the Women rights”. The critical current warns that if the Trans Law is passed, an abuser could register as a woman, women’s sport will be dirty play, the statistics used to combat the inequality suffered by women will not be reliable and the “safe spaces” for women they will no longer be. Second wave feminism (coming from Simone de Beauvoir and Firestone, denigrating the trap of motherhood and the tyranny of procreation), maintains that gender is the social construct that patriarchy has created to subjugate women and that by gender will undertake the reform of the system. This is the story of orthodox feminism that the Vice President of the Government, Carmen Calvo, wanted to make triumph. At the opposite extreme, queer feminism (influenced by the thinking of Derrida, Lacan and Foucault, where I can build whatever I want, without limit), in which a different generation, such as that represented by Irene Montero, current Minister of Equality, will maintain that gender is a social construct with which to play at will, being able to subvert and exchange as the person wants regardless of biological or social attributes. Our time is that of paradigm shifts, where desires are intended to become human rights through legislation. After Marcuse’s messages on “polymorphic sexuality” and “sexual liberalization” as a presupposition of the sexual revolution, the laws continue unstoppable a process of adaptation to the impulses of liberalization without respecting physical life or the integral character of the person. Because here it is not a question of sexual freedom, of claiming freedom in sexual matters, but of freedom to choose one’s own sex or to reject it, sexual freedom as freedom of choice and sex, or what is the same, the control of the individual over his own corporeality and physical life in general. In reality, no operation can permanently eradicate all vestiges of the person’s original sex. Psychologists defend that the basis of sexuality, its priority aspect and its specific determination must be governed by the psyche. The transsexual would have a consciousness that does not coincide with the attributes of his sexual corporality, being the corporal reality the one that must adapt to the personal conscience. It is in this context where a difference is made between ‘sex’ and ‘gender’: the transsexual has in his consciousness a ‘gender’ that does not coincide with body sex. When advocates of psychological determinism speak of “gender consciousness” that differs from bodily reality, they induce a concept of psychological consciousness that does not coincide with the definition of moral consciousness, based on the ability of the intellect to grasp the objective truth of one’s own. being and the objective norm of one’s own actions. The human body, in its objective complexion of masculinity and femininity, expresses ‘objectively’ the attitude of the whole person and not only his provisional appearance or his external physical appearance. The limits of masculinity and femininity cannot be reduced to mere psychological dynamisms or cultural stereotypes. Transsexuality rejects the bodily order of sexuality, as does homosexuality. There is a feminism for women who love to be women and do not want to be anything else; for women who are mothers, sisters or wives; for heterosexual women; for women who work inside and outside the home. There is a feminism that loves life. This moderate feminism is the only hope of breaking with the hegemony of radical feminism that promotes gender ideology, where the body loses its human, personal and unique meaning, placing masculinity and femininity in an indeterminism typical of the paradoxical cultural relativism presenting as a certainty.