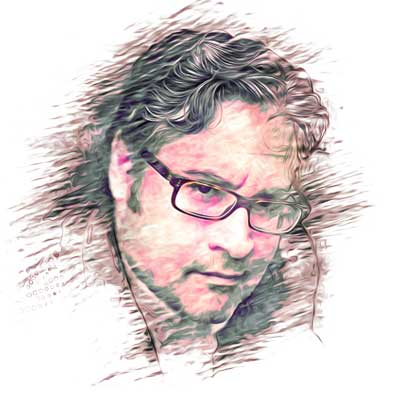 EOn some previous occasion, we have recalled that visionary diagnosis that Pasolini made at the beginning of the 1970s: “The neo-capitalist revolution slyly presents itself as an opposition, in company with the forces of the world moving to the left.” This lackey left of the plutocracy – which we have christened the ‘poodle left’ – found in the hodgepodge of identity ideologies a wonderful instrument to serve the neo-capitalist revolution, completely deactivating the old ‘class struggle’, atomising it into a swarm of selfish and sectoral struggles that left the victims of capitalism more disconnected and alone than ever, more helpless and solipsistic than ever, more absorbed than ever in their navel and in their crotch.

The neo-capitalist revolution needs to turn human beings into bulimic consumers of the most varied commodities, sterile for any common project, for any shared mission, for any lasting commitment. But what can you do with those ‘frustrated’ consumers who can’t afford lavish homes, glittering cars, luxury tourism? We must assure them a flow of bizarre merchandise that keeps them deceived, while they lose labor rights, while they cannot raise a family, while they live in a filthy hovel. Thus, the neo-capitalist revolution offers these ‘frustrated’ consumers junk television, free pornography, crude sex tourism (tinderized) and an infinite bazaar of fly rights that is crowned with the possibility of turning their own body into a consumable object. Thus, the neo-capitalist revolution swallows all human realities within its voracious consuming process.

Trans-capitalism wants individuals turned into consuming egos of their own identity, shipwrecked in a penetrating sopicaldo

Trans-capitalism, the last station of the neo-capitalist revolution, subjects human nature to a process of re-biologization (real or figurative, depending on whether it slices cocks or reassigns genders); then, to impose its consumerist design, it needs to destroy without measure, to renew without rest, until it turns our own bodies into incessant bazaars. The neo-capitalist revolution cannot allow nothing to remain, nothing to settle, nothing to take root or be linked; needs to plunge us into an increasingly accelerated biological-mercantile storm, where our own body undergoes a constant process of renewal, in such a way that human nature itself joins the carousel of bulimic consumerism to which it has previously added all merchandise , joining that atmosphere of ephemeral transience that prevents ties and leaves no trace or memory.

Our life immersed in a whirlpool of anthropological entropy, devoured by the gigantic catoblepas of the market, in a loop of uninterrupted voracity that swallows all the solidity of human things. Because, wherever human beings become consumed, they never become consummate, they never become fruitful through community ties. Transcapitalism wants individuals turned into consuming egos of their own identity, shipwrecked in a sopicaldo penevulvar or genre stew, who ‘tourist’ their own body, until they become atomized merchandise that renounces all ties, unrelated merchandise, alone, solos and suns in the infinite squares designed by transcapitalism (cis, queer, trans, binary, terf, etcetera), dislodged merchandise that wander unhinged through the jungle theme park of anthropological consumerism.

Thus, trans-capitalism reaches the omega point of its revolution. Thus, human beings go on to consume themselves, in the purest, barbaric and uninterrupted feast of narcissistic cannibalism. Thus, trans-capitalism achieves an authentically primitive dissociation: a bulimic, gigantic orgy of consumerism that materially and spiritually devours, along seas and jungles, along with cars and houses, human nature itself, denying bodily reality and turning it into a heap of ‘identities’ consumed. It goes without saying that, in this process of voracious consumption of human nature itself, the first victim is the woman, because she is the great weaver of fertile bonds. That is why transcapitalism erases the biological reality of women and turns them into an identity ‘felt’ by men; That is why he puts eternal enmity between the woman’s offspring and his own. All this, of course, with the helpful help of his favorite bulldog, the left poodle.