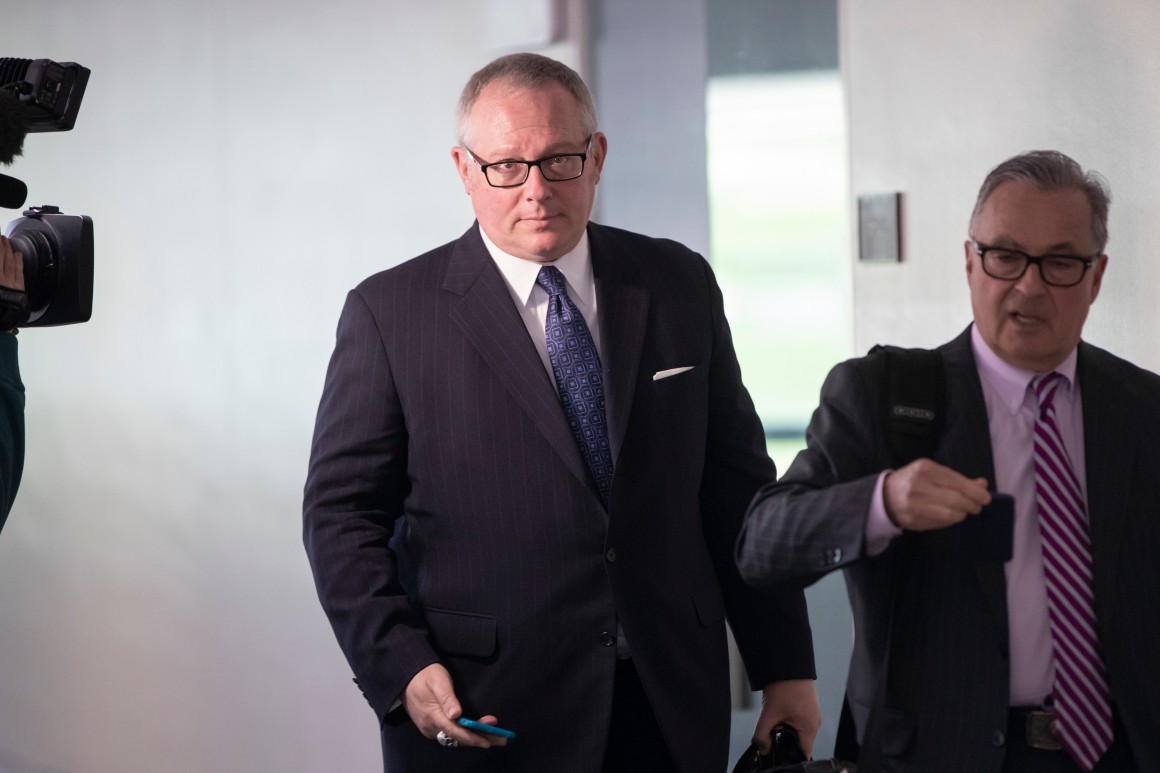 “The review has been completed,” Sarah Arbes, the HHS assistant secretary for legislation, wrote on Friday to Rep. Raja Krishnamoorthi (D-Ill.), who chairs the House Oversight subcommittee on consumer and economic policy. “The work with members of the entertainment industry conducted by Atlas Research will not continue and that contract will be canceled.”

POLITICO first reported on HHS’ contract with Atlas, which was awarded in August and supposed to quickly result in public service advertisements featuring celebrities discussing Covid-19. Michael Caputo, who was installed by Trump as the health department’s top spokesperson in April, pushed to air the advertisements before Election Day. Caputo told a Facebook Live audience in September that the ads would feature a more optimistic tone on Covid-19 than conveyed by the media.

But the campaign sputtered as Atlas’ key subcontractor — which was handpicked by HHS and led by Caputo’s business partner — struggled to line up participants and celebrities backed away as the contract came under scrutiny and House Democrats opened a probe. HHS Secretary Alex Azar testified to Congress on Oct. 2 that his department was reviewing the Atlas contract.

Democrats applauded the administration’s decision to cancel the contract, calling it a “thinly-veiled propaganda campaign to try to help President Trump politically.”

“We are pleased that following our investigation, HHS finally pulled the plug on this corrupt scheme,” House Oversight Committee Chair Carolyn Maloney (D-N.Y.), coronavirus select panel chair Jim Clyburn (D-S.C.) and Krishnamoorthi said in a joint statement. “Accurate, reliable information must be a critical part of the federal government’s coronavirus response and should not be tainted by inappropriate political messaging.”

HHS and Atlas did not respond to questions about whether the $15 million in taxpayer funds would be recouped. Caputo took medical leave in September and has referred questions about the campaign to HHS.

Hundreds of celebrities were vetted for their political views as part of the Atlas contract, according to documents released by the House Oversight Committee last month. One planned PSA was canceled because the performer, comedian George Lopez, had been critical of Trump. Ultimately, no ads ever aired, and the three celebrities who sat for interviews — actor Dennis Quaid, gospel singer Cece Winans and Hasidic singer Shulem Lemmer — pulled out, saying they had only wanted to boost public health.

HHS did not respond to questions about why the Trump administration vetted celebrities’ political views as part of the campaign. Instead, HHS spokesperson Mark Weber repeatedly pointed to a statement that “the plan from the very beginning was to use only materials reviewed by a department-wide team of experts including scientists from the Centers for Disease Control and Prevention (CDC) to ensure the latest scientific information is used to provide important public health information to the American people.”

Meanwhile, the health department’s work on a separate $250 million campaign with Fors Marsh to boost awareness of Covid-19 will move forward. The campaign was pitched by HHS this summer as an effort to “inspire hope” and share “important public health” information about the virus, although it has yet to produce a single ad.

“The public health need is urgent,” Fors Marsh CEO Ben Garthwaite told POLITICO in a statement. “Our team is working quickly to conduct important market research and develop a comprehensive campaign to reach all Americans with an emphasis on those most affected by COVID-19.”

“This new public health education effort will be a critical component of saving lives by informing the public of the latest science and public health practices,” said Weber, the HHS spokesperson. “We look forward to sharing this work with Congress and continuing to provide guidance that motivates the public to make informed decisions about the prevention and treatment of COVID-19 and influenza.”