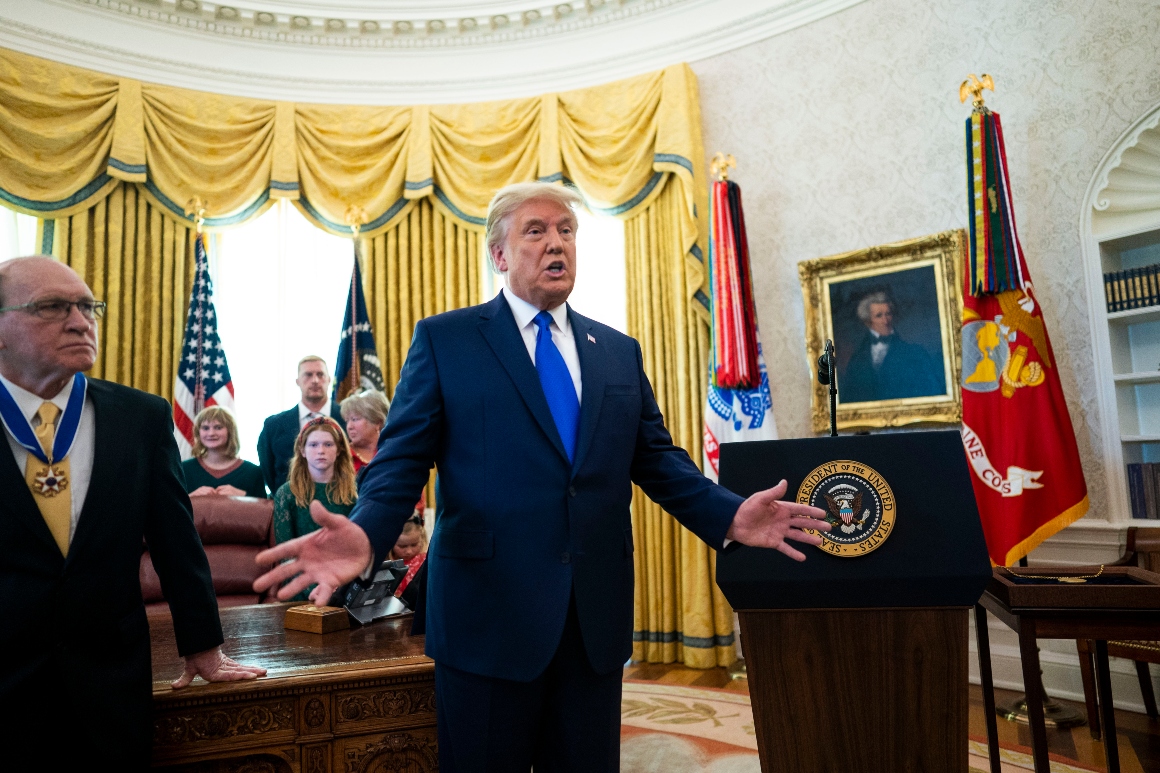 The last time a presidential election was resolved at the Supreme Court, the safe harbor deadline proved pivotal. And several legal actions seem to be hurtling toward a potential resolution on Tuesday — including a Pennsylvania dispute where Justice Samuel Alito initially asked for responses by Wednesday but decided to expedite further to Tuesday amid speculation about the safe harbor deadline.

During the 2000 dispute between George W. Bush and Al Gore, as the court’s majority essentially awarded the presidency to Bush, the justices cited the looming deadline as a reason Florida could not initiate a new, manual recount.

“The majority treated the safe harbor very seriously,” Ohio State University law professor Ned Foley said. “That’s why there was no remand to give Florida another chance at recounting.”

Indeed, the very timing of the high court’s hasty resolution of the Bush v. Up case seemed driven by the safe-harbor date. The justices heard arguments the day before it and decided on the very day, which was established in an 1887 statute intended to prevent uncertainty about the winner of the presidential election.

“I am prepared to proceed forward and can assure all voters of our steadfast determination to maintain the integrity of our democratic process no matter what corruption attempts to taint it.”

“In light of the inevitable legal challenges and ensuing appeals to the Supreme Court of Florida and petitions for certiorari to this Court, the entire recounting process could not possibly be completed by that date,” the high court wrote in its unsigned decision that closed the books on the 2000 election.

As Trump attempts to bludgeon his way to a second term, judges and lawyers for both sides have also treated the safe-harbor deadline as a cause for urgency. That’s in part because states whose results haven’t been certified by Tuesday risk having Congress disregard their electoral votes.

Trump keeps vowing that he intends to take his legal battle to the Supreme Court, but with the key date arriving Tuesday he has yet to present to the justices a series of cases he insists could swing enough electoral votes to hand him the election. At the moment, though, the justices have before them only a couple of election challenges stemming from Pennsylvania, with mere suggestions that cases from other states will make their way to the high court.

In the meantime, Trump’s allies have increasingly acknowledged their losing legal hand.

Trump has largely turned his attention away from the legal process and toward a political push to pressure Republican allies in state houses and Congress to subvert Biden’s victory. The shift to this similarly quixotic effort arrives amid an increasingly dire set of circumstances for Trump.

His top legal surrogate, Rudy Giuliani, has been hospitalized with Covid-19. Judges appointed by presidents of both parties have skewered Trump’s legal rationale, and state legislative leaders, including Republicans, have disavowed Trump’s attempts to overturn the election results. And many of Trump’s own aides have begun looking past his presidency and toward a post-Trump Washington.

These developments have all underscored a reality that seems to be sinking in inside Trump’s orbit: It’s over.

“The people have spoken,” Judge Linda Parker, a federal jurist from the Eastern District of Michigan, wrote in a Monday ruling that stung Trump allies for failing at multiple levels to present a legitimate case for overturning the election results.

In Monday’s opinion, Parker mentioned the looming safe-harbor deadline and said she was unwilling to overturn a certification already signed back on Nov. 23, two days before the suit she ruled on was filed.

“The Governor has sent the slate of Presidential Electors to the Archivist of the United States to confirm the votes for the successful candidate,” wrote Parker, an appointee of President Barack Obama. “This case represents well the phrase: ‘This ship has sailed.’”

And a federal judge in Georgia, George W. Bush appointee Timothy Batten, threw out a lawsuit brought by GOP electors — represented by Trump ally Sidney Powell — from the bench on Monday, underscoring the flimsiness of the case they brought.

The safe harbor deadline is actually more of a legal jumble than it would appear. Legal experts emphasized that it’s far from an expiration date on Trump’s legal challenges, and some are likely to linger, at least until Dec. 14, when the Electoral College is set to cast the formal vote for president.

In Bush v. Up, the justices seemed to acknowledge that the date wasn’t a drop-dead deadline, but they said the will of the Florida Legislature to avail the state of the safe harbor provision could not be frustrated by conflicting orders from the state’s courts.

Some still clinging to what they see as glimmers of hope for Trump’s legal quest note that the Tuesday ‘safe-harbor’ deadline is not dictated directly by the Constitution, but is set by a law Congress passed in 1887, the Electoral Count Act.

“The ONLY Electoral College deadline specifically required by the Constitution is noon on January 20, at which point Trump’s first term officially ends,” said Phillip Kline, director of the Amistad Project, which has led some of the pro-Trump legal actions in court.

Others say the century-old law, prompted by the 1876 election standoff between Rutherford B. Hayes and Samuel Tilden, is hopelessly murky.

“What we know for sure: these guys took a decade to write a law that nobody can read to fix a problem that it didn’t really fix,” former Justice Department spokesperson Sarah Isgur wrote on Twitter.

The law says that Congress will treat as “conclusive” any certification of electors resolved under the state’s established processes by the safe-harbor date. However, while Congress is supposed to follow the statute, there may be no way to force it to.

“It’s not self-executing,” Foley said. “I can’t envision a court trying to force Congress to obey the command that seems to be in this [law.] It is purporting to bind Congress, but when it comes down to it I think Congress is the only entity that can enforce this. It depends on the good faith of Congress.”

But with court fights looking increasingly grim for Trump, that seems to be one scenario the president and his allies are at least considering embracing.

Last week, Trump praised Rep. Mo Brooks (R-Ala.) who indicated he intends to challenge Biden’s presidential electors when they are counted by Congress on Jan. 6. Several other GOP House members have lined up to do the same, though even that effort won’t get out of the starting gate without a Senate sponsor. And even with one, the math is virtually impossible for Trump.

A lawyer working with Powell in the Michigan case rebuffed by the judge Monday, Gregory Rohl, dismissed the decision as “cut and paste.” He told POLITICO he still expects a high court showdown over the issues in that state and others.

“We always envisioned that SCOTUS would eventually weigh in on the voter fraud issue across the country,” Rohl said. “I am prepared to proceed forward and can assure all voters of our steadfast determination to maintain the integrity of our democratic process no matter what corruption attempts to taint it.”

Giuliani ignored the courtroom defeats Monday, apparently sticking to a Trump campaign line that Powell’s court setbacks are of no consequence to the campaign’s official work. But the Trump campaign’s own legal efforts aren’t doing much better. On Friday a slew of them suffered setbacks and outright rejections in county, state and federal courts across the country. Trump and his allies have now lost dozens of challenges at nearly every level.

On Monday afternoon, the maestro of Trump’s legal crusade was still at Georgetown University Hospital, according to a person familiar with the situation, who said Giuliani was there as a precautionary measure.

Two people who spoke to Giuliani on Monday said he was fine and making calls. The campaign is still pressing ahead with legal actions even as they run up on deadlines, but it’s unclear when Giuliani will be able to appear in person again or if he will call into upcoming hearings.

Trump said his first call of the day was with Giuliani, and described him as “doing very well” and without a fever.

“He actually called me early this morning, he was the first call I got,” Trump said after a presentation for the Presidential Medal of Freedom to Dan Gable in the Oval Office. “Greatest mayor in the history of New York and what he’s doing now is more important, and he will admit that.”

Describing his own political prognosis, Trump seemed to pair his usual swagger with a touch of realism about the grim legal picture for his campaign