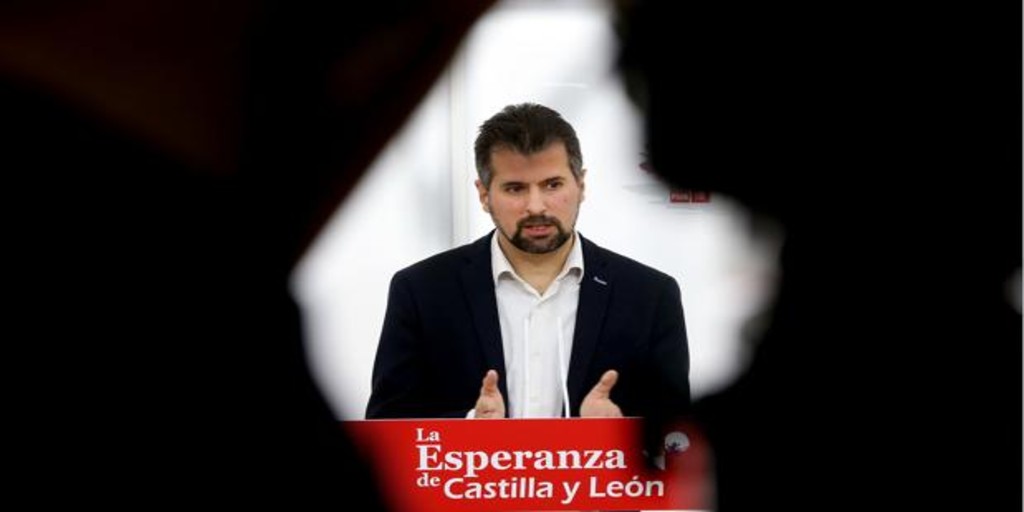 The leader of the PSOE in Castilla y León, Luis Tudanca, said yesterday, at a press conference, that “the one who generates instability and chaos is the Government of Mañueco” and not the Socialists, in response to the vice president of the Board, Francisco Igea after that he affirmed that, because of the socialists, the Cortes had become “a western room where only the pianist is missing”. Igea made his intervention after in the past plenary session of the Tudanca Cortes, with a mask and a closed microphone, he addressed the president of the Cortes, Luis Fuentes, with the phrase “we are going to end up disqualifying you” after he threatened the socialist Patrica Gómez with withdrawing the floor. A comment that, due to the context in which it happened, only those people who were close to the socialist politician could hear, but that a video – published by Igea – picked up.

“What has happened should not be so serious when (Fuentes) did not tell me anything then, nor later,” Tudanca defended himself to add that he has been in regional politics for “a long time” and that “no one has reached so many political agreements »Like him from the PSOE.

Thus, he recalled that his group had received numerous insults from the Citizens’ bench in recent times. “We have seen how the Minister of Health questioned the mental health of Patricia Gómez and how the Minister of Employment used the private life of another attorney (María Montero) to attack her,” he snapped to point out that the problem “is not the PSOE.”

Likewise, he took advantage of his intervention to add that, from the PP, they are massacring his party now that they have lost the absolute majority after 35 years. “They want to drag us into the mud,” he asserted after saying that the coalition of PP and Cs “made the opposition themselves.” “If they are not able to agree among themselves, how are the others going to be able to sign an agreement with them,” criticized Tudanca. “What deteriorates the institutions and calls into question the development of Castilla y León is the corruption of the PP,” he settled after listing the open cases that the popular in the region have: the regional primaries, the wind plot or the purchase from the Arroyo building.

On the other hand, yesterday it was also announced that the President of the Government and Secretary General of the Socialist Party, Pedro Sánchez, will close on November 28 the 14th Congress of the PSOE in Castilla y León, which will be held at the Evolution Forum in Burgos and will renew Luis Tudanca at the head of the party in the region. A meeting attended by ministers and former ministers.