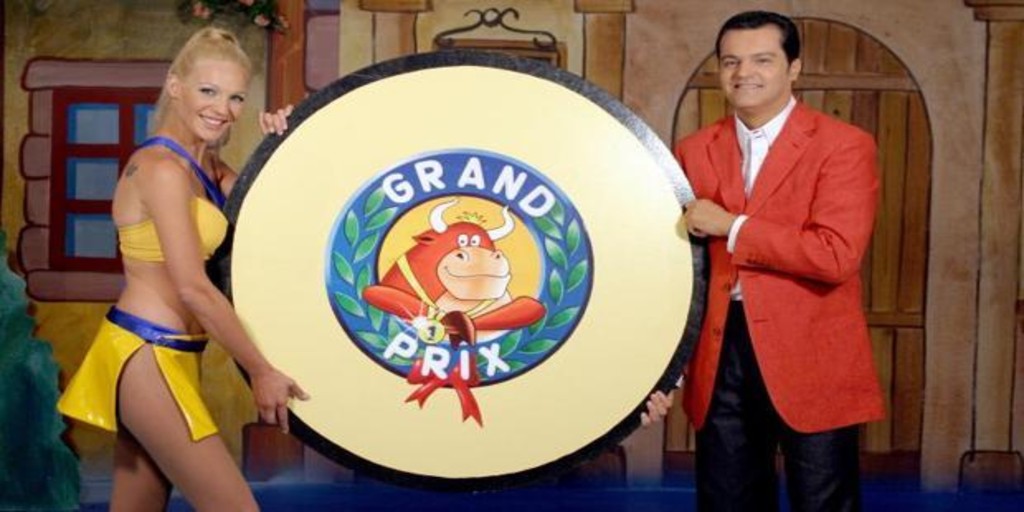 Who doesn’t remember ‘Grand Prix’? The Europroductions program directed by Francesco Boserman and broadcast by La 1 was a must for viewers no less than eleven summers. Its broadcasts began on July 17, 1995 with the name of ‘When the Sun heats up’ although it did not take long to change its name and its rules (at first four towns competed; later only two). In everyone’s memory are the names of ‘Natalí, the heifer of Bilbao in love with Madrí’, ‘Claudina a very fine vaquita’, ‘La vaca Pichichi’, ‘Esperanza, the heifer that wants to fill her belly’ or ‘Albertita who when he gets angry he screams’, are some of the little animals that made the daring participants have a hard time and that to some extent shared some of the challenges they were forced to participate in. The heifer tests, one of the most controversial, were the central element and emblem of the contest. In addition, the participants had to pass different physical and cultural tests such as the mythical ‘hot potato’. The participants had a representation of their audience in a part of the stands – the set simulated a town square at parties – which was headed by the mayor. They were joined by a famous person who came as the town’s godfather or godmother, as well as a child and a representative mascot of the town. The music – a small band on a kind of balcony – was played by maestro Eduardo Leiva. Back in the past ‘Grand Prix’ largely marked the summer television nights at a time when the rest of the networks let their guard down. True to that premise and pulling on nostalgia, this month ‘España Directo’ (Monday to Friday, at 7:30 p.m.), the afternoon program of La 1 presented by Ana Ibáñez and Ángel Pons, apart from their reports and his visits to the different towns of Spain have added two sections that are well reminiscent of Ramón García’s program. In ‘Festivaleros’, the journalist Marta Medina reveals unknown corners with the excuse of attending the music festival that is held in each place and ‘Rural Prix’, where Marina Sala comes every day to the towns to play live with his neighbors. In the remainder of the summer, 25 locations participate in a contest in which two teams face different challenges. “They are games of skill, fun, musical competitions and dances,” say those responsible. In addition, between games, they will be able to get to know the inhabitants of those localities more closely. The award? When the summer ends ‘España Directo’ leaves the TVE Studios and the set will move to make the winning town the protagonist of that day and do the program from there.