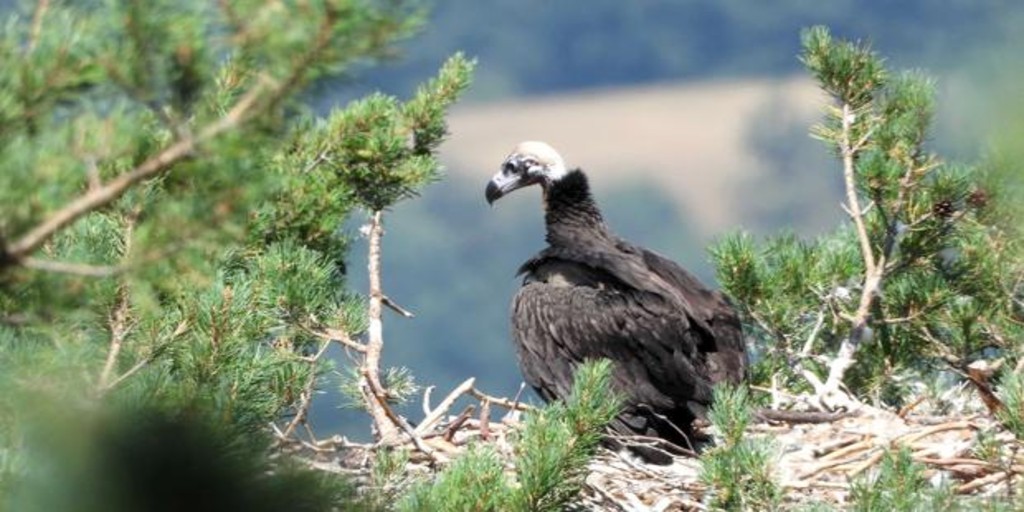 Seven black vulture chickens were born in 2021 in the Sierra de la Demanda, of which two have managed to survive. Both specimens have already been equipped with GPS transmitters to be able to follow their movements in detail when they leave the nest.

It was in 2020 when the first reproduction in decades of this endangered species took place in the area, although the two chickens that were born last year did not succeed, as reported by the Grefa conservation association.

The new births of 2021 are, in his opinion, a milestone in the consolidation process of the first black vulture breeding colony in recent times in the extensive geographical area of ​​the Iberian System, where this raptor ghoul did not breed for more than half a century.

The black vulture is included with the category of «Vulnerable» in the Spanish Catalog of Threatened Species. The two chickens that were born this year confirm the success of the black vulture reintroductions that began in 2017 in the Sierra de la Demanda, at the initiative of Grefa, with the collaboration of the Junta de Castilla y León, the Government of La Rioja and local councils such as Huerta de Arriba and Tolbaños de Arriba, both in the province of Burgos.

Grefa’s work, aimed at the recovery of the black vulture, is channeled through the Monachus Project, under whose cover more than fifty black vultures have been released in the last four years in the Sierra de la Demanda.

These releases have allowed almost twenty pairs of the species with the possibility of reproducing to date to be formed, of which nine came to be laid in the 2021 breeding season. Of those nine eggs – the black vulture clutches are made up of a single egg for each breeding pair – seven chicks were born.

The vast majority of these chickens had their nests in various municipalities in the province of Burgos, except for one that was located in Rioja territory. This data is of great importance, since although the black vulture born in 2021 in La Rioja has not managed to survive, it is the first time that there is evidence of the reproduction of the species in this autonomous community.

Due mainly to the inexperience of the parents and inclement weather, of the seven black vultures born in the Sierra de la Demanda in 2021 only two currently survive, both with their respective nests in the province of Burgos, one in the municipality of Huerta de Arriba and another in Tolbaños de Arriba.

Of the two couples that have raised these chickens, one is made up of a parent released in the Sierra de la Demanda and another exogenous – from another colony of the species – and the other of two exogenous members.

“That black vultures from other colonies, attracted by the specimens that we have reintroduced, breed in La Demanda is a good indication of the importance of the Monachus Project to connect the different populations of black vultures in the Iberian Peninsula”, indicates Ernesto Álvarez, president of Grefa.