Ureña, blind silver in the heptathlon 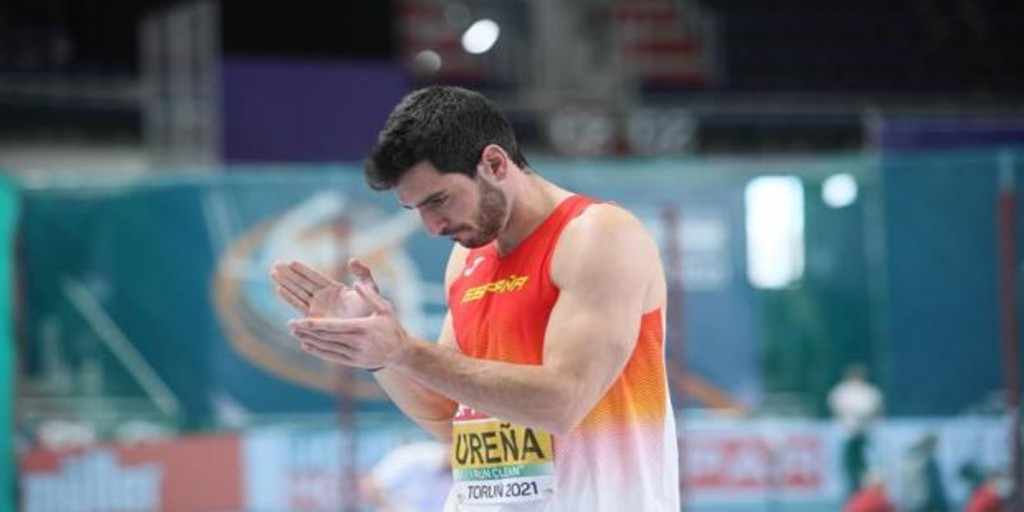 Jorge Urena has captured the third medal for Spain in the European indoor track from Torun after hanging silver in the heptathlon with a very commendable performance, as it was his first championship of the year and he arrived in Poland without references.

Some hamstring problems stopped him back in January in Valencia. He had to stop and since then he had barely been able to train continuously. He came to the European blind, as an unknown for his rivals and for himself, but if something has the Alicante is his competitive spirit. That one that always comes out in the big events and that had led him to silver in the continental 2017 and to gold two years ago.

The defense of that European title drove him in his last training sessions, still intermittent and far from what he and his coach consider to be normal. Everything, with the aim of being in Torun. Because reaching the European would bring out the best in Ureña, as has happened in Poland, where after a hesitant start, the Alicante player returned to release his most competitive version.

From less to more

The good feelings in the 60 smooth (7:03), the test where he had been injured at the beginning of the year, allowed him to leave his doubts behind and focus on the competition. Didn’t do well in the length (7.33 meters, far from its best mark), but it started to go back with the weight, which commanded up to 14.57 meters (only 11 centimeters below its farthest mark).

Height, one of his fetish tests, confirmed his good condition. The Spanish went up to 2.10 meters, which served to confirm his comeback and finish Saturday’s day in third position (3,424 points).

Today, Ureña did not fail. He does not usually do it in the big championships. In 60 meters hurdles he consolidated that podium position with a mark of 7.87 which is one of the best of his career, but it was on the pole that he made the jump to second position.

The three consecutive failures of the Swiss Ehammer in 4.50 put on a tray the second place to Ureña, who grew with the passage of the jumps and came to exceed the bar by 4.90 meters. With the unattainable gold, already in the hands of the French Kevin Mayer, the Spanish only had to turn 1,000 to get to the second drawer of the podium.

At that test he arrived with the second best mark and with the sensations through the roof. It was enough for him to be ahead of the Pole to get on the podium; with doing so also ahead of the Estonian to confirm the silver. He could even give up two seconds with the first, but it was not necessary. He made a great tactical race, which allowed him to reach the goal with them, finishing the competition with 6,158 points only behind the best combinero of today, Kevin Mayer.