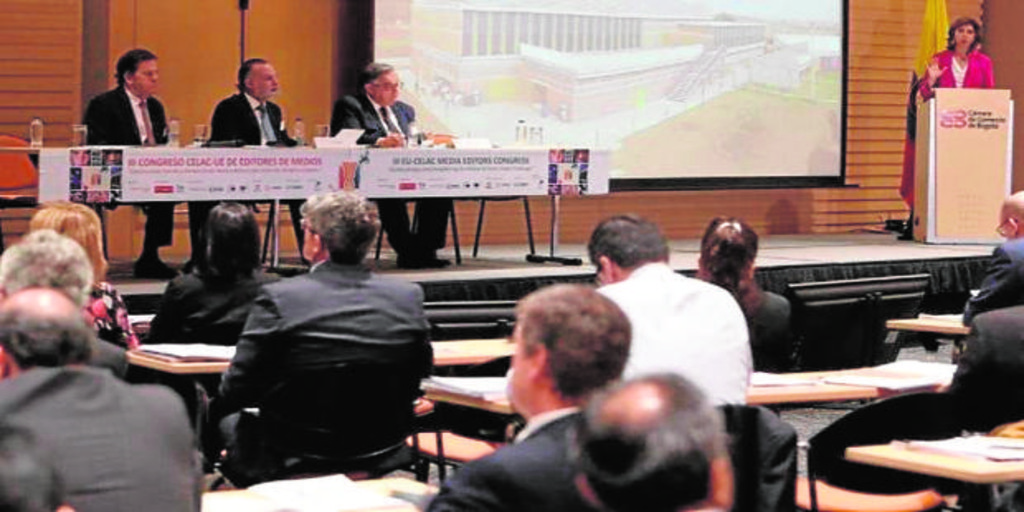 Starting tomorrow, November 9 and for four days, Madrid will host the fifth edition of the European Union-Latin America International Congress of Media Editors, an event organized by Prestomedia Grupo with the special collaboration of Grupo Vocento.

It will be the first time that directors and editors of media such as ‘Clarín’ and ‘La Nación’ from Argentina meet in Madrid; ‘La Razón’ from Bolivia; the Folha Group of Brazil; ‘El Mercurio’ from Chile; the Colombian media ‘El Tiempo’ and ‘La República’; the Extra Group of Costa Rica; ‘Latest News’ from Ecuador; ‘La Prensa Gráfica’ from El Salvador; the Mexican media ‘La Reforma’ and Grupo Milenio; the ‘Estrella’ and ‘La Prensa’ of Panama; ‘The Country’ of Uruguay; ‘ABC Color’ from Paraguay; the German ‘Axel Springer’; Agence Europe and Here Europe in Brussels; ‘Il Sole-24 Ore’ and the Ansa Agency of Italy; ‘Gazeta Wyborcza’ from Poland; the ‘Jornal de Noticias’ of Portugal; the Spanish media Agencia EFE, Europa Press, ABC or ‘El Mundo’, among others.

The Congress will discuss the vision that both continents have regarding issues that concern both, such as ‘The risks of cyberspace and information’, ‘Freedom of Expression in the EU-Latin America sphere’, ‘The constructed truth: the role of communicators in the face of the evolution of the networks’, or ‘Disinformation and fake news’, in addition to the theme ‘The future of tourism and the recovery of the sector after the pandemic’.

Tomorrow Cristina Narbona, First Vice President of the Senate, will open the Congress in the plenary hall of the Senate in a day in which the risks of cyberspace and information will be addressed, and freedom of expression will be debated within the EU – Latin America. The closing ceremony will be in charge of José Manuel Albares Bueno, Minister of Foreign Affairs of Spain. The last day of the Congress will take place at the Rey Juan Carlos University in Madrid, on the Fuenlabrada Campus, where misinformation and the veracity of journalism will be discussed and will conclude with a dinner with the president of the Community.

In this V edition of the Congress it has Vocento as the host media, and with the support of the Commission and the European Parliament, Iberia, Telefónica, Segittur and the Community of Madrid, as well as with the collaboration of the Rey Juan Carlos University, the Hotel Melia Castilla, the Xunta de Galicia and the Xacobeo.